O'Donnell hosted the network's breaking news coverage of the Wisconsin recall election results, along with MSNBC political analyst John Heilemann. O'Donnell called Obama the "big winner" after exit polls indicated that the president fared better among Wisconsin voters than GOP candidate Mitt Romney. When voters were polled, 53 percent said they would vote for President Obama. 42 percent said they would vote for Mitt Romney.

Heilemann said that was good news for Obama since his campaign seemed to feel confident about the president's prospects of winning Wisconsin in the general election. "It's a state that's been blue for a long time," Heilemann said. "It's a state that not only Barack Obama won by 13 or 14 points last time around, but was also won narrowly by John Kerry, was won by Al Gore in 2000, won by Bill Clinton in 1996 and 1992. So it's been a long time since the state has been Republican."

He added that while Wisconsin has voted Democratic for a number of years, there was one downside to consider.

"In a hotly contested state election—where to some extent, it was a contest between outside money and boots-on-the-ground, grassroots organzing on the other side—money won," Heilemann said. "And if you think about the army of Republican multi-millionaires and billionaires who are thinking about writing big checks to super PACs, they look at Wisconsin and say, 'Our dollars helped keep Scott Walker in his job. Our dollars can help beat the Democratic ground game in a lot of states where it is really close, unlike Wisconsin.'" 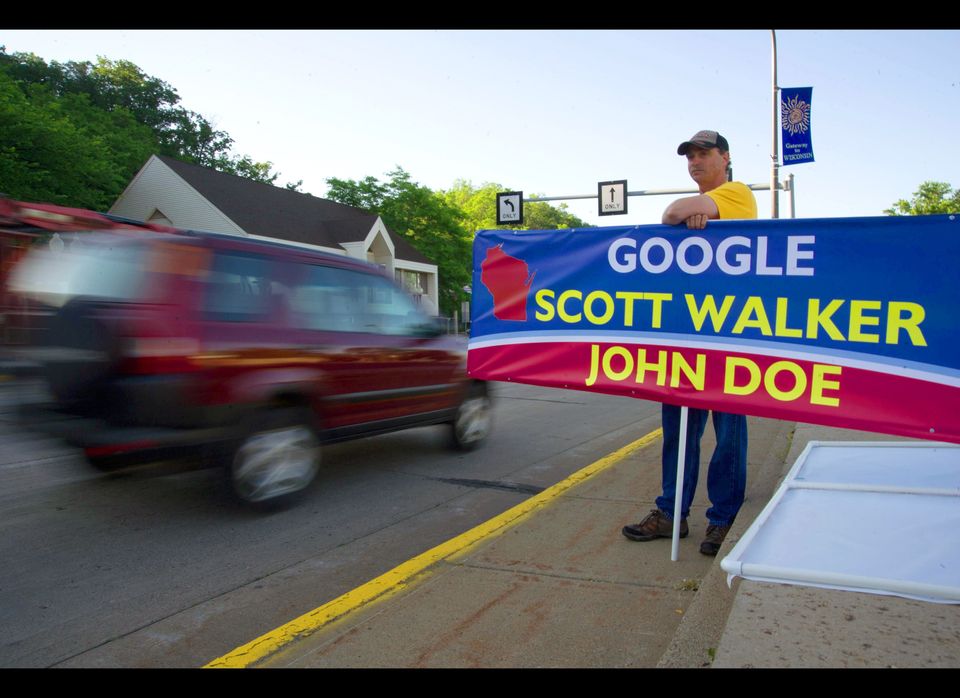 1 / 20
A Tom Barrett supporter stands with a si
A Tom Barrett supporter stands with a sign along main street June 5, 2012 in Hudson, Wisconsin.The recall election to unseat Governor Scott Walker, marks just the third time in US history that a state governor has been challenged midterm. Wisconsin is a key swing state in the November presidential election. It is seen as leaning toward Obama, but Tuesday's vote could show an inclination to flip toward Republican challenger Mitt Romney.AFP PHOTO/Karen BLEIER (Photo credit should read KAREN BLEIER/AFP/GettyImages)
Getty