Republicans in Wisconsin’s Senate on Wednesday refused to allow the state to honor civil rights activist and former NFL star Colin Kaepernick in its ceremonial resolution for Black History Month.

All the Republicans in the state Senate, who control the chamber, voted 19-14, against Senate Democrats to pass a Black History Month resolution that did not include Kaepernick’s name on its list of honorees, the Milwaukee Journal Sentinel reported Wednesday.

“History shows that you are on the wrong side,” state Sen. Lena Taylor, who is black, said Wednesday on the Senate floor, according to CBS 58 News.

“History shows that you are on the wrong side,” @SenTaylor tells the white Republicans of the Senate, referring to their colleagues in the Assembly amending a #BlackHistoryMonth resolution to remove the name of Colin Kaepernick (@Kaepernick7). pic.twitter.com/xAxzycadol

Kaepernick, the former quarterback for the San Francisco 49ers, is originally from Milwaukee. In 2016, he began kneeling during the national anthems before NFL games as a peaceful protest against police brutality and racial inequality in the U.S.

While Kaepernick is not currently signed with any NFL team, his activism has inspired more NFL players to kneel in silent protest, to the ire of President Donald Trump and many conservative Republicans.

Wisconsin lawmakers have been debating the issue since Tuesday, when the state’s Republican Assembly members erased Kaepernick’s name from a list of two dozen black Wisconsin natives whom the state would formally honor that month.

Wisconsin’s black legislators created the list of honorees for Black History Month. None of the state’s GOP Assembly members are African-American.

Assembly Majority Leader Jim Steineke told reporters at a news conference on Tuesday that Republicans removed Kaepernick’s name because he was a controversial figure, according to The Associated Press.

On Wednesday, the state Senate, also controlled by Republicans, voted on the measure. The only black senators in the state, Democratics Taylor and La Tonya Johnson, voted against the measure because it lacked Kaepernick’s name.

State Sen. Jon Erpanbach, a white Democrat, said that the Black History Month vote this year was “one of the uglier” issues they have voted on, according to the Sentinel.

“There is such a thing as white privilege, and we’re looking at it right now. We’re staring it in the face,” the paper reported him as saying.

No Republican spoke during the debate over the resolution on Wednesday, according to multiple news outlets.

“Doing what is right takes courage,” Taylor told Republican senators during the debate, according to Wisconsin Public Radio.

“Colin Kaepernick showed courage,” she continued. “Although he stood for inequality and injustice everywhere in this nation and police brutality that is real in this nation, he’s from a place that is the worst in the nation to be a black American.” 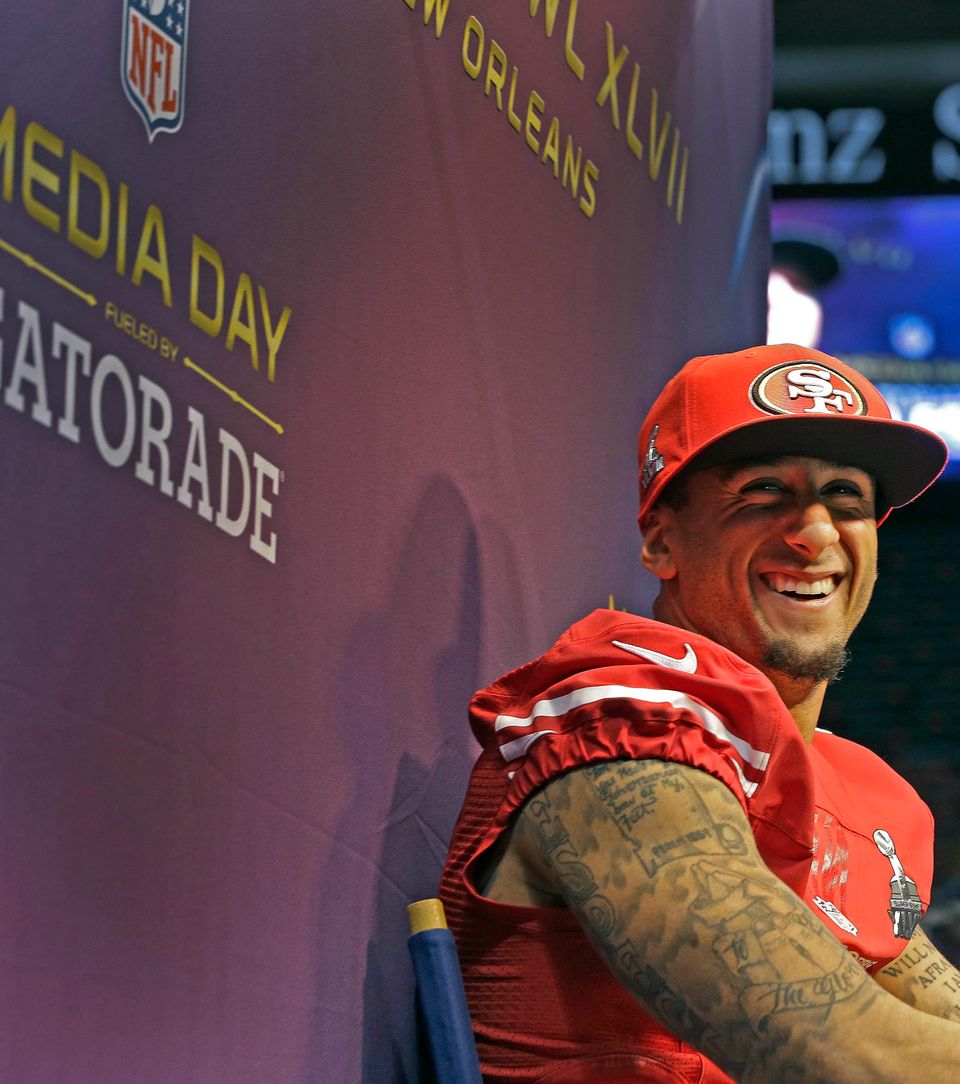