In 2010, Nicolas Duncan was nine-years-old and dreamt about becoming a rock star. In 2011, he was diagnosed with stage IV lymphoblastic lymphoma.

Nicolas and his family began a long journey of aggressive treatment at Children's Healthcare of Atlanta, two hours from their home. Life was difficult and barely bearable for the Duncan family. Then one day, a hospital music therapist came by. She realized Nicolas was a gifted and passionate musician and connected him with an organization called the Songs for Kids Foundation.

Songs for Kids integrates musicians year-round into the lives of kids both in and out of children's hospitals and special needs camps through live interactive concerts, hospital bedside performances and their Songs For Kids Records songwriting and recording program. They currently work at every single children's hospital in Georgia, two hospitals in Los Angeles and one in Orange County, CA, one in Spokane, WA and two in Charlotte, NC and hope to reach even more children soon. 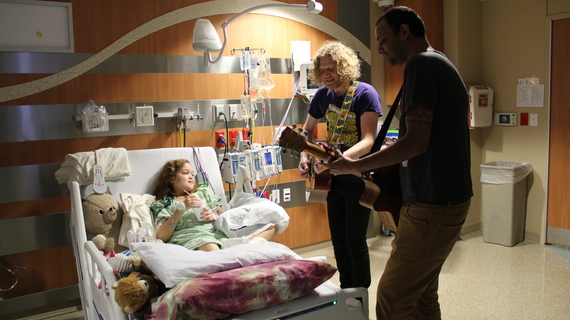 Through Songs for Kids, Nicolas was able to get his mind off the treatment. "Nicolas ended up becoming very close with one of their volunteers named Spencer who had similar taste in music. During one of Nicolas's chemo sessions, Spencer said he would bring an iPad and mic to record Nicolas's song that they had been working on during his sessions. Within 2-3 hours they recorded Nicolas's first song - in the infusion room! While he was getting chemo and transfusions," Nicolas' proud mom, Roya Duncan, explained.

Last spring, Nicolas got the opportunity of a lifetime: to perform on the main stage at a massive music festival. "It was even more than 'Make a Wish,'" Mrs. Duncan smiles. The Shaky Knees Music Festival in Atlanta partnered with Songs for Kids to give the youth artists a chance to shine and share their heart and talent with a huge audience, while also raising awareness and support for the cause.

"I can't tell you what they've done, it's not the same kid. To go through what he went through, having to get a spinal tap every week, nothing could have made this easier except for Songs for Kids. We had no idea Nicolas could sing before Songs for Kids came into his life. Songs for Kids keeps bringing Nicolas on stage, so obviously he can really sing, and we never would have known. They have given Nicolas so much confidence and creativity, he has been so encouraged," says Mrs. Duncan.

That's right, they're bringing Nicolas back on stage again! The Shaky Knees Music Festival runs May 8-10, with the Songs for Kids artists performing every single day on the main stage from 12-12:15 p.m.. The region's only rock n' roll festival is also launching a country version the next weekend, and Songs for Kids will be performing there as well. 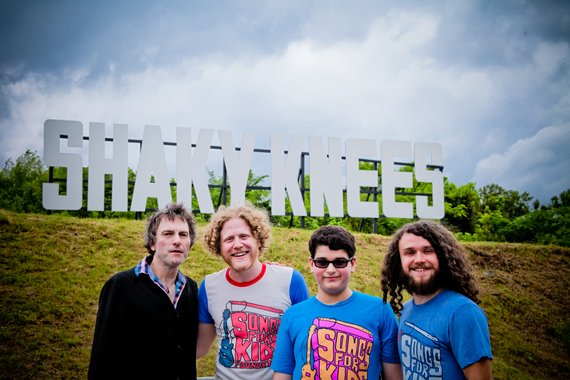 "Thanks to Shaky Knees and Shaky Boots we can take a special program to the next level and it becomes magical. Can you imagine being a real part of a major festival on a giant stage with a huge audience? We're literally making dreams come true," says Josh Rifkind, the Founder and President of Songs for Kids.

The best part? Nicolas is in remission, but still invited to rock out for his fans at this year's festival!

Be a part of dreams coming true: Get to Shaky Knees and Shaky Boots right when doors open to support and cheer on these incredible young artists!

The views expressed do not necessarily reflect the opinion of Creative Visions Foundation. Personal opinion of the author only. More at www.imbafilm.com.