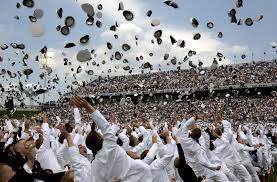 He may not be known for his oratorical/linguistic skills, but as commencement speakers go, Joe Biden did himself proud at the U.S. Naval Academy's recent graduation and commissioning ceremonies: a few pearls of wisdom, a handful of jokes (some better than others), a smattering of policy comments and it was all over in a matter of moments.

For the serious heart of his talk, Vice President Biden spoke of the significance of the planet's waters, from the Arctic Ocean to the Baltic Sea to - most specifically - the Pacific. He recounted a conversation with Chinese president Xi Jinping during which he was asked why he referred to the U.S. as a Pacific power, and he responded, "Because we are." Biden added that he told the Chinese leader further, "Mr. President, you owe your stability over the last 30 years to the United States Navy and military." 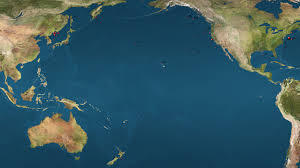 The midshipmen were congratulated on having "spent summers on real ships instead of internships," and for having a job immediately upon graduation. "You chose to join the real 1%," Biden told them, "to protect the rest of us 99%."

But it was Admiral Jonathan W. Greenert, USN, Chief of Naval Operations, who got in the best words in the briefest amount of time, offering four lines of advice before administering the oath of office to the Navy-bound members of the Class of 2015.

His third piece of advice probably hasn't been given to graduating seniors over very many years: "Keep your social media private."

And lastly, "Call your mother once a week."

If any of those 1,070 men and women commissioned by Adm Greenert (and General Joseph Dunford, USMC, Commandant of the Marine Corps), were listening, someone from the USNA Class of 2015 could certainly wind up Chief of Naval Operations - or Vice President of the US.