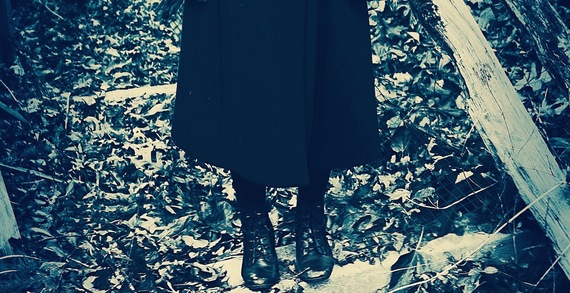 Here in America, we use the term “witch hunt” whenever we think a group of people has unfairly targeted by someone to carry out a social agenda or make an example of that person. U.S. witch-hunters may point fingers at cop-killers, home-wreckers and heretics, but they no longer literally cry “witch.”

In parts of Africa and Asia, however, witch-hunting is alive and well, in a very literal sense. And, just like those Salem trials, 21st-century witch-hunting functions as a thinly veiled patriarchal scheme to target and punish women, as well as members of other disenfranchised groups, such as the mentally ill.

For example, in Assam, a state in northeastern India, witch-hunting has claimed 77 lives since 2010. Assamites have long called for legal protection against the practice. Earlier this year, legislators drafted the first-ever piece of anti-witch-hunting legislation, called the “Prevention and Protection from Witch Hunting Bill.”

In attempting to make witch-hunting illegal, the bill is a step in the right direction. But activists aren’t happy with the bill’s language, which frames the practice as a value-neutral crime rather than the social scourge it is. In an op-ed published on Scroll.In, Indian journalist Anjuman Ara Begum explained why activists believe the bill falls short.

For starters, it uses culturally specific language without defining the terms. Witch-hunting and witchcraft refer to different practices, but they’re used interchangeably. The bill imposes three years in prison and a fine for branding someone as a witch. Accusing someone of being a certain type of witch, known as Bej or Ojha, comes with a heftier three- to seven-year sentence. The problem is, the bill doesn’t define Bej or Ojha, which vary in meaning by regional dialect. In one language, Ojha means priest.

Activists also feel the bill fails in a bigger-picture sense. Witch-hunting is an ingrained social practice that reinforces a patriarchal power structure. Punishment alone won’t lead to eradication. Instead, activists are calling for reform efforts that depict witch-hunting as, essentially, a hate-crime.

Consider as a parallel U.S. efforts to reform prostitution laws so that more sex workers are depicted as victims of trafficking, not criminal transgressors. The act of sex-for-money remains illegal, but anti-trafficking laws shift the criminal and moral burden.

In Assam, this anti-witch-hunting bill is indeed a first step in the right direction.