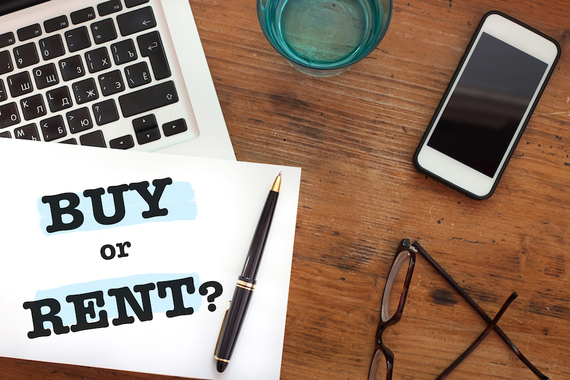 Fall traditionally brings cooler temperatures and the second busiest seasons for buying and selling a home. As the summer winds down, indications are that the United States housing market as a whole is moving marginally deeper into buy territory, suggesting that, on average, the majority of housing markets around the country are in good shape and remain a sound investment.

Based on numbers from the end of the second quarter, the latest Beracha, Hardin & Johnson Buy vs. Rent (BH&J) Index comes on the heels of the latest S&P/Case-Shiller Home Price Index, which found home prices climbed nationally 5.1 percent since June 2015. Both indexes incorporate property appreciation from housing markets around the country, but unlike Case-Shiller, the BH&J Index, produced by Florida Atlantic University and Florida International University faculty, adds additional rental, maintenance, and alternative investment data streams, among others, to indicate when and why housing markets might be changing direction.

Housing prices, in general, continue to slow and when considered in light of the recent trends in the Buy vs. Rent Index signal that ownership remains an excellent investment for the majority of Americans. The U.S. housing market as a whole has moved marginally more in favor of home ownership over renting a comparable property and investing monthly rent savings in a portfolio of stocks and bonds. Overall, a majority of the 23 metropolitan markets investigated are trending more in favor of ownership since last quarter.

The eight markets minimally in rent territory where sale prices are showing signs of slowing are Honolulu, Kansas City, Los Angeles, Miami, Pittsburgh, Portland, San Francisco and Seattle. The U.S. as a whole and all but three of the remaining metro areas remain in buy territory, favoring ownership as a way to create more wealth, on average.

As my colleague Eli Beracha, Ph.D., co-author of the index and assistant professor in the T&S Hollo School of Real Estate at FIU, points out, many of the hardest hit metropolitan areas during the real estate crash are showing signs of resilience as the cost of ownership relative to the cost of renting remains more in balance at this time. Thus, there are very few signs to indicate a market crash in these cities.

Dallas, Denver and Houston, however, are deep into rent territory. The BH&J scores in these cities suggest that renting has roughly a 7 in 10 chance of outperforming ownership. These strong odds in favor of renting to create more wealth should begin to have an impact on the demand for home ownership and from that impact property prices in these areas.

Rents and housing pricing are rising noticeably in most parts of the country, raising the question of housing affordability. Continuing near-record low mortgage rates, however, are providing a tailwind for ownership.

There does not appear to be any interest in loosening underwriting standards or offering teaser loans as a panacea to the issue of affordability this time around. That's another sign that we are learning how to deal with cyclical behavior in our housing markets.

Ken Johnson, Ph.D., is a real estate economist, an associate dean of graduate programs and professor in Florida Atlantic University's College of Business, and co-author of the Beracha, Hardin and Johnson Buy vs. Rent Index, sponsored by Investments Limited of Boca Raton.