We could most likely define the ultimate dream as a life devoted to passion. For artist Henk Pander, the ultimate dream is a reality, just with a somewhat fantastical twist. The better part of his past 78 years on earth have been spent successfully encapsulating his gripping and historic life experiences through his incredible artwork.

In 1965, Henk immigrated to the United States from The Netherlands. But before this, on Henk's personal timeline, is the Nazi Occupation of Holland, enrollment at the Rijksacademie van Beeldende Kunsten in Amsterdam (State Academy of Visual Arts) on scholarship, winning the silver medallion in the Prix de Rome, meeting his future wife and receiving personal as well as Dutch government commissions, just to name a few. After moving to Oregon, Henk began teaching at the Museum School, where his artistic impact on Portland was set in motion. 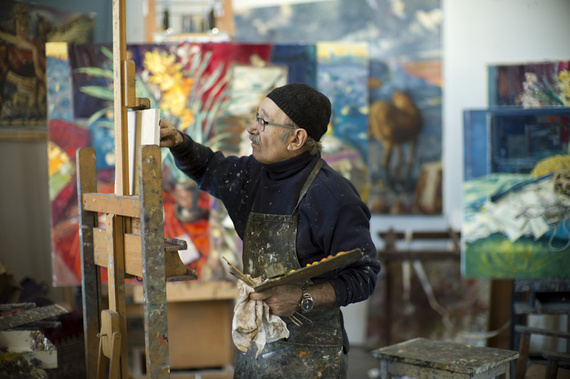 Throughout his years in Oregon, Henk gained notable recognition as a major cultural figure. His artwork has contributed to both the aesthetically pleasing and historically documented aspects of his new found home and those surrounding cities. Commissioned work there alone include, but are not limited to, portraits of C.S. Price, two state Governors, the wreck of freighter New Carissa on the coast, and rescue operations of the Portland Fire Bureau. He has collections and commissions in multiple museums in Oregon, as well as Seattle and The Netherlands. As an en plein air artist, Henk took his interest in science and space and captured studies at places like Jet Propulsion labs, weathered Air Force bases and in the 80's, was even commissioned from NASA to document the construction, testing and launch of the Galileo spacecraft. Each drawing and painting became a snapshot of history and a visionary call to action. With an obvious knack for on-site painting, Henk was offered residencies, including time spent with the Los Angeles County Fire Department, where he documented the harrowing nature of 'cause and effect', each scene brimming with urgency.

"It seems the purpose of my life has been to make paintings. Often things happen to me directly, or which indirectly move me, touch me, for one reason or another. When that happens and I can't shake it or if it preoccupies me and I carry it around, I often paint it. The echo of my culture, the power of contemporary life in the US, my sense of history and memory are all motivating forces." 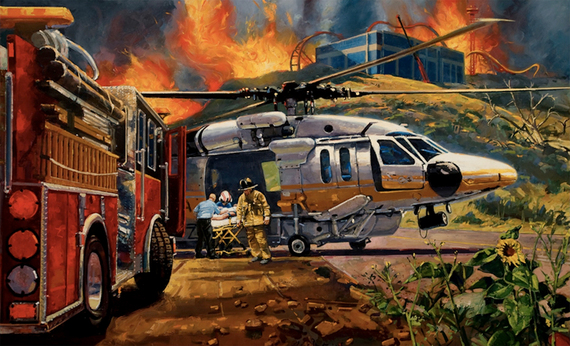 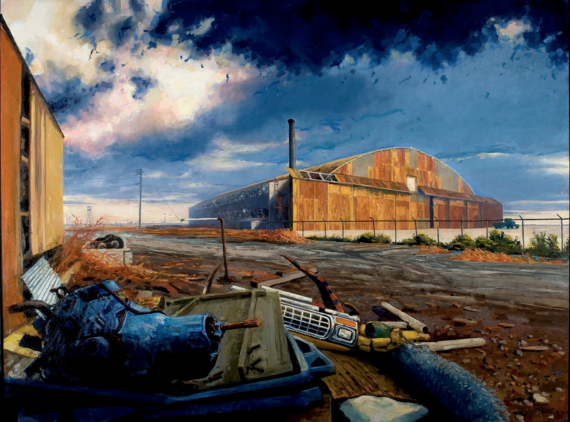 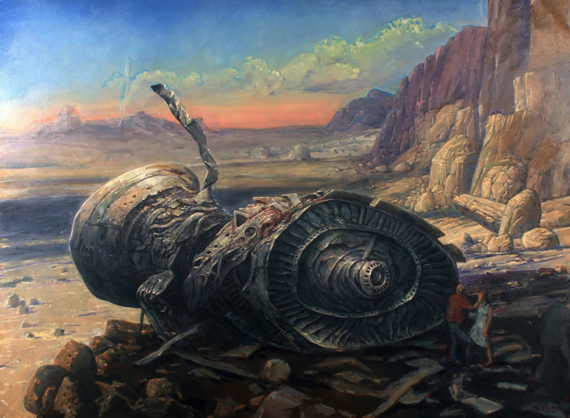 Throughout literally the thousands of paintings and drawings Henk has completed, there is not one single piece that lacks life or sentiment. Each work of art has the viewer vigorously contemplating their own existence, all the while remaining completely captivated by Henk's matchless skill. Influenced since childhood by classics such as Rembrandt, Frans Hals and Goya, the precision and attention to detail in each piece transform reality into a place that is both terrifying and inviting. In Henk's portfolio, mediums range from pen and ink to watercolors, to oil paints, which make up the majority of his often massive paintings. Since Henk has made his mark in the art world as a commissioned pro, an en plein air artist and a still life master, the varying subjects of his work include Nazi officers standing above a floorboard-hidden family, a still life of animal carcusses taking flight with a human skeleton and the ruins of September 11th, where he painted on an adjacent roof after being denied access. Each experience- his time spent in the theatre, losing close friends to the AIDS epidemic, growing up during WWII- all of them are magnificently portrayed as a visual anthology that serves as both a personal interview and history textbook. 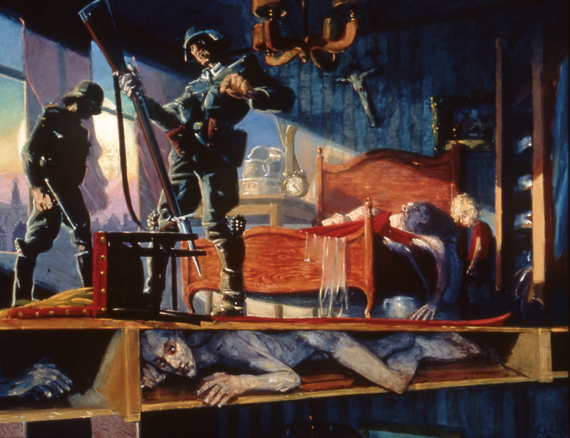 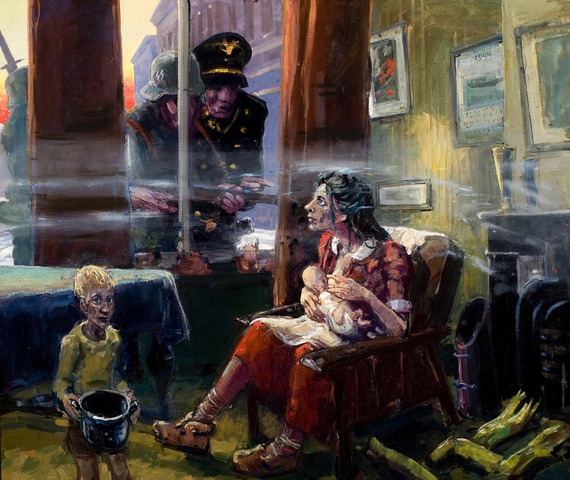 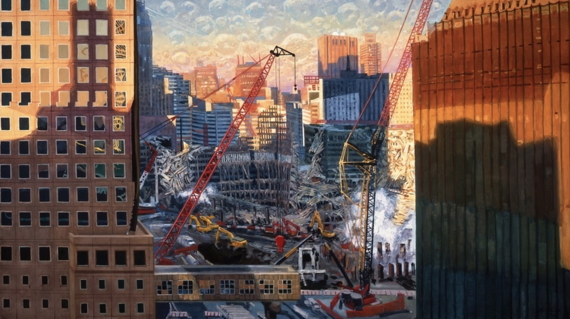 As a well seasoned still life painter, Henk strays far from the classic apple and vase on fabric. Very far. Depending on the theme, individual arrangements are considered for each piece, which he referred to as "more and more like memorials." For instance, in a piece honoring his late parents, a table was laid out displaying their possessions, like his father's tools and artwork. But, what will forever strike me as the epitome of seizing a time and a place, is the procedure and production of Henk's environmental still lifes. There is no need to say when and where you exist when your schedule is marked at the very end of deer's lifespan, and this is proven by your next painting.

"I love the old vanitas paintings and the Haarlem paintings about the passage of time and entropy, decay into chaos. During my painting trips to the landscape, I find remnants of animals in the desert and bring them home. I construct large installations in my studio and I make detailed paintings of them, often times animating them into events to bring them to life once more. They echo the old Dutch paintings and also reflect on the violence of the landscape and the demise and extinction of the animal kingdom."

In his own personal theatre, each still life, a set and a scene, carcusses are suspended from the ceiling, books and skulls strewn across the floor and a commentary on death and environmental degradation, crafted. 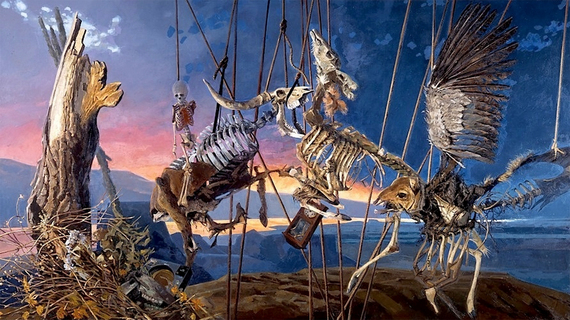 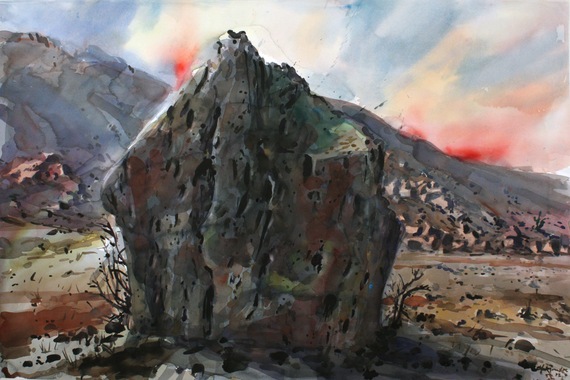 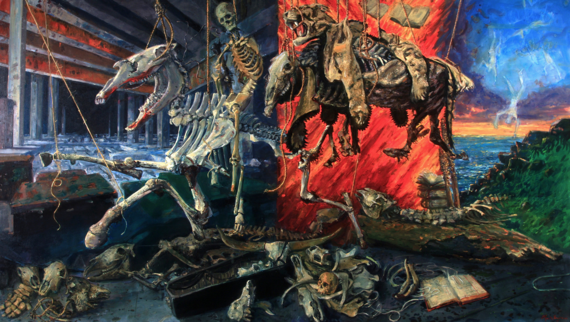 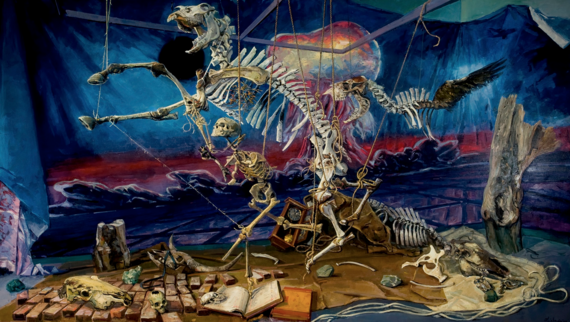 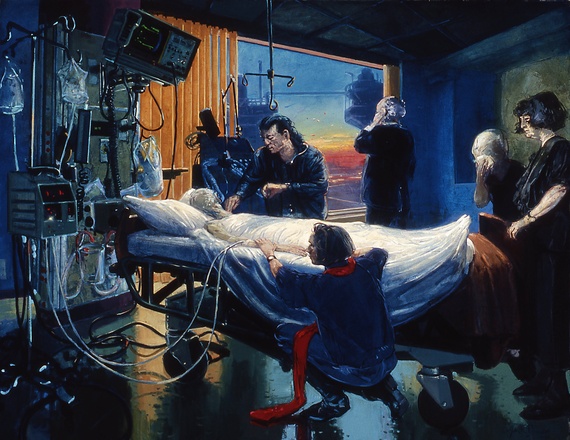 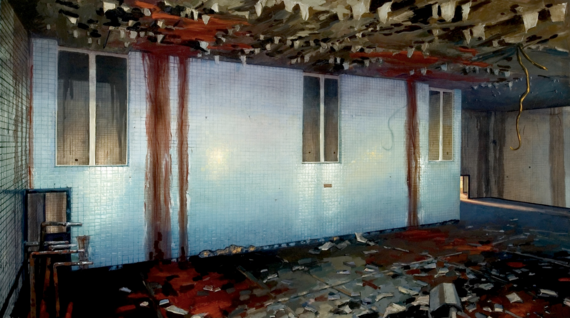 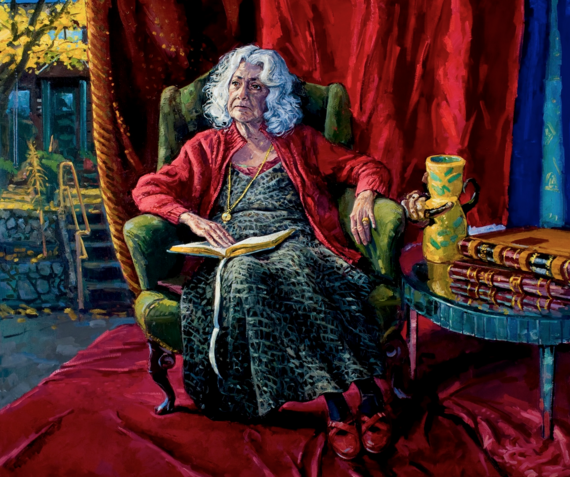 Henk is currently working on another large still life, as well as completing the first step to an anamorphic painting of the Hanford Nuclear Reservation's B-Reactor core. He has a spot at the Stilleven Exhibit at Salem's Willamette University, running through December.

To keep up with Henk, visit his website: www.henkpander.com 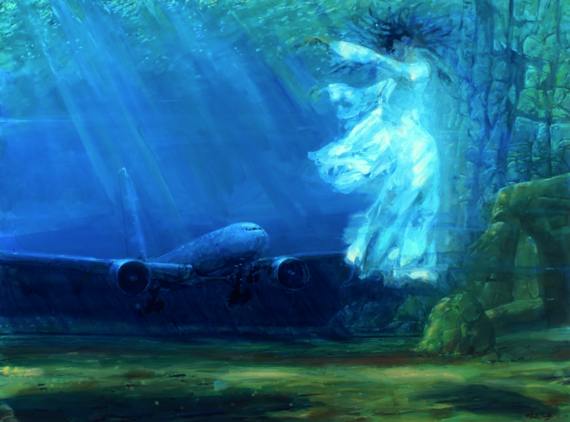