Engrossed in reading a book, Zaid Salah waited patiently on a bench, after arriving early to our meeting. He looked modernly elegant in his long trench coat and grey backward-turned baseball cap. He blended in perfectly with the young crowd at Stephanplaz, one of the busiest places in Vienna. Yet, he was far from the ordinary 25-year-old, since Zaid had experienced in his young existence more than most people in their entire lives. 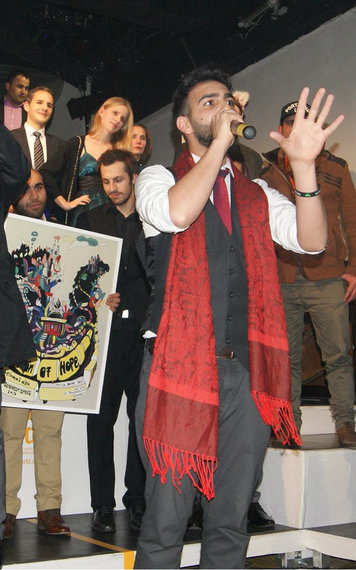 By the age of 18, Zaid, the youngest son of Salah Al-Mukhtar, a former Iraqi Ambassador under Saddam Hussein, had already lived in India and Vietnam, where his father had been stationed. In 2003, with the fall of the Hussein regime, his father requested and was granted political asylum in Yemen, where he fled alongside his family. Yemen was one of the countries that the former Iraqi president had formed close ties to. When the Arab Spring took over Yemen in 2011, Zaid's family received a threat letter from terrorist factions warning them that they would be targeted.

The family was forced to flee again, splitting up to avoid endangering everyone. Zaid's father and older brother went to Austria. They chose this European country, because of its lack of involvement in the war in Iraq. It was also safe, with low crime rates and limited levels of racial discrimination. His father was quickly granted political asylum. Zaid's mother and his brother's wife, who had accompanied the young man to Jordan, soon rejoined their family in Vienna.

Zaid nevertheless stayed behind. He subsequently tried to apply for family reunification numerous times, but was rejected for reasons unbeknownst to him. Zaid remained in Jordan until 2015, when the authorities started checking foreigners' documentation more thoroughly due to the influx of refugees. He realized that his visa had recently expired. As an Iraqi, it would have been an extremely costly and complicated process to renewed his visa. Zaid couldn't afford studying in Jordan, especially since obtaining a work permit, which would have allowed him to find employment and cover his tuition fees, had become virtually impossible for Iraqis. He also yearned to be beside his family: "I wanted to start fulfilling my filial responsibilities toward my parents." 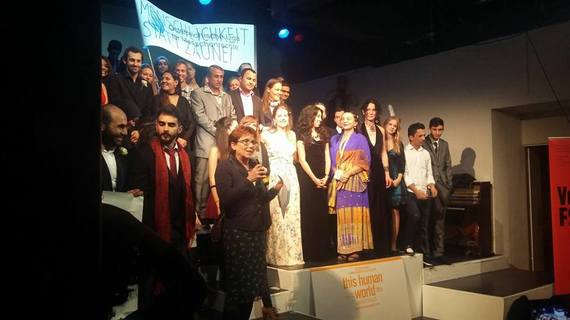 Seeing the influx of refugees and migrants to Europe that had just commenced that summer, as an opportunity for him to rejoin his family in Austria, the young Iraqi decided to flee Jordan in the early fall of 2015. He first went to Turkey, where he immediately started looking for a smuggler. He recalled: "By accident, I overheard in a café a group of people discussing in Arabic their intention to travel to Western Europe. I approached them and asked them about a smuggler. They provided me the contact information of a man who spoke fluent English, whom I met later that day."

At Zaid's explicit request, the smuggler agreed to bring him to Vienna by land, rather than by boat. The next day, the smuggler packed Zaid and three more men into a truck, their documents and passports taken with the promise that they would be returned to them upon arrival at destination. The truck was filled with boxes behind which they could hide in case of a police raid.

Zaid tried to keep track of travel time, but it was difficult, because the truck only made one brief stop, before reaching Vienna. He assumed it must have taken them at least three days to arrive. He feared for his life throughout the entire voyage, endless disastrous possibilities swirling through his head. He was fortunate that the smuggler kept his promises and delivered them in the middle of Vienna. Zaid never received his passports or documents back: "The smuggler, who just a few days before spoke fluent English, pretended he no longer understood anything, when I repeatedly requested my documents."

Fortunately for Zaid, he still had with him the most important piece of information for him in Vienna: his parents' address. He had inscribed it on the inside of his pants to be sure he wouldn't lose or be deprived of it. It made for a first comical moment, when upon getting on a taxi, he proceeding to unzipping his pants and pointing to the address written there, all to the driver's utter dismay. All ended well, as, after years of not seeing them, Zaid was finally reunited with his relatives. He soon realized just how fortunate he had been. Just the week before his arrival, 71 refugees and migrants had been found rotting in a truck at the Austrian border, abandoned by their smuggler.

He immediately applied for asylum, bringing all the supporting documents he could to prove his connection to his father and the danger placed on their lives. Although six months had passed, he had not heard anything from the Refugee Office. He added: "There is no way to check. All they tell you is that they will get in touch with you, when needed."

Apart from the constant stress of the application process, Zaid also found it difficult to make friends in the beginning. He emphasized: "I am a very social person, so I felt very lonely at first. I didn't know how this society worked and how to approach people."

Luckily, he soon found a volunteer opportunity that would change everything. Having been through the difficult process of coming to Western Europe, Zaid wanted to help those making the same journey as he recently had. While scrolling through his Twitter feed, he ran into a volunteer group, called Train of Hope. This was a nonprofit focused on welcoming the refugees and migrants coming from Hungary at Hauptbanhof Train Station and offering them basic assistance, including food and clothing distribution as well as translation services. Zaid went in person to their office, which was close to his house, and offered to be an Arabic translator. While he still wasn't allowed to work in Austria, he could nevertheless legally volunteer. He soon became the head of Train of Hope's translation services.

He credited involvement in the organization as changing his life in Vienna, by allowing him not just to develop a solid group of friends, but to be active and find purpose in helping others. He confessed: "Without sounding sappy, it was truly a special moment. I had never felt such love and dedication before. Most of the times, you didn't want to go home. You wanted to help as much as you can. So, in the end, you found a corner somewhere around the train station, slept for a few hours, and then started again." Everyone stepped up and helped in all fields when needed.

The numbers of refugees arriving to Vienna started dwindling when Hungary closed its borders in October 2015. Train of Hope faced a crucial time of change, requiring the members' full commitment and creativity. They had to figure out how to maintain their initiative relevant. They decided to transition from providing immediate relief to long-term refugee integration support and to switch its focus from the refugees transiting through Austria to those staying here.

Zaid confessed that, apart from restructuring its leadership, a process that had not been finalized at the time of our conversation, the organization had as main upcoming project building a House for the Refugees that would provide assistance in all integration aspects. The goal would be to ensure asylum seekers a place to live, German language courses, Austrian and European history classes, while also supporting them with legal and medical assistance. The local authorities in Vienna have been very favorable to this initiative. Train for Hope wishes to eventually become involved in helping refugees find independent housing and jobs soon after obtaining their official status.

"Many refugees are returning to their home countries, because they are feeling angry, frustrated and desperate. They are waiting for three months or more for their asylum interview," Zaid stressed, mentioning that after the interview, the process was far from over. He had recently spoken to an Afghan asylum seeker, who described the process as inhumane. Zaid continued: "This is a strategy on the part of the government to determine some people to leave. It's not just one person that they are keeping out. It's the refugee's family and at least one other friend, who might have been persuaded to make the journey, if things worked out for his friend."

Zaid confessed his bafflement at the fact that the European governments aren't using the professional talents, skills and energy that many of these refugees and migrants are bringing with them. "Especially the Syrians are well-educated and trained and contribute a lot to contribute the European society, if allowed," he argued. "We are living in historical times and it will be interesting to see how Europe reshapes itself." Despite all he has seen in his life and the fact that his own case was still being processed by the Austrian authorities, Zaid remained unflinchingly optimistic: "The world is yin and yang, positive and negative forces in constant opposition to each other. But the good ultimately always prevails."