I wasn't quite sure what to expect when I arrived in Princeton, New Jersey to interview Paul Krugman. I had been reading him for years in the Times and he was one of the reasons I had studied economics yet a sense of relief washed over me when I met a slightly harried Krugman in the faceless conference room reserved for our encounter. The bearded genius with the earnest eyes greeted me warmly and told me he only had a few minutes to spare; his wife had just called and he wanted to get home to his family before heading to Stockholm to pick up the coveted 2008 Nobel Prize in Economics. Krugman won for his analysis of trade patterns and location of economic activity. When I told him I'd share our interview with you on this blog, he graciously extended our allotted time together to answer more questions. The result is a multi-part Q and A. In part 1, Krugman and I discuss topics ranging from the impact of the democratization of American politics on the connected masses to the role of social capital on the economic recovery. The full transcript of my Krugman interview is posted at juliettepowell.com 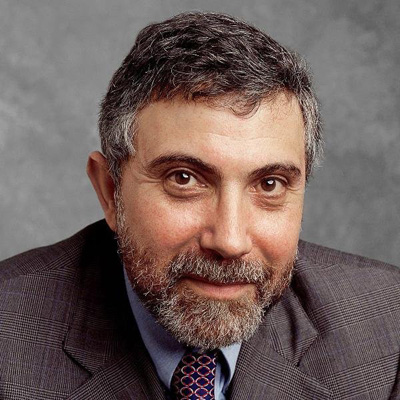 Given the current economic climate, what do you feel the role of building social and cultural capital plays in our recovery?

PK: We've gone thru an era of emphasis on individual initiative and individual rights. The "greed is good' era, and now we've learned the hard way that that can go very wrong. 70 years ago Franklin D Roosevelt said: 'We've always known that heedless self-interest was bad morals.' Now we know that it's bad economics.

We are now at a time when some of those virtues of cooperation, which is what social capital is about, have been rediscovered and with luck, this can be turned into something of lasting benefit, not just getting out of the recession.

For anybody who has followed Obama's election and looked at the impact of his team's online campaign, it is clear that many first time voters and people that wouldn't have considered themselves politically inclined were empowered to self-organize and use social networking tools to help rock the vote. In your opinion, what kind of impact will people's use of social media tools really have on the Obama administration's decisions moving forward?

PK: We can't be too romantic about this. Legislation still has to be drafted by teams of people putting every semi-column in the right place. Economic crisis management will still be done by people sitting in government offices. Conversely, there is a democratization of the ability to express opinion and to make analysis. Here's an example that most people wouldn't be aware of:

We had a proposal for a financial bailout presented by Henry Paulson, the current Treasury Secretary. This was the voice of authority and most of the traditional media were highly respectful of it -- not me -- but most everyone else was. Yet very quickly, an enormous online discussion broke out and grew into a sense of outrage around the proposal. So the quality of the economics blogging around the economic bailout was incredible. You had a lot of smart people who knew a lot about economics but in the past wouldn't have had any ability to get their views out quickly. They were not in official positions. The number of trained economists who also have newspaper columns is - one - me. These other people did not, but their discussion. I think it helped move the policy.

Within 3 weeks the treasury had effectively completely abandoned the original approach (to the economic bailout) because everyone who wasn't in a position of power said: this doesn't make sense!

We can see a lot of things like that happening in the future. Still, don't underestimate the influence of people who can treat a congressman to luxurious dinners. Being online unfortunately is never going to do away with that entirely but there is a real democratization of access.

If you were one of the people who participated in discussion boards about the economic bailout, healthcare or the Obama election, we want to hear your story and who helped you understand the issues better.

Join in for Part 2 of my interview with Paul Krugman, where we discuss the impact of social media and social networking tools on everything from business to globalization to national security. Check out the full transcript of my Krugman interview, now posted at 33millionpeople.com