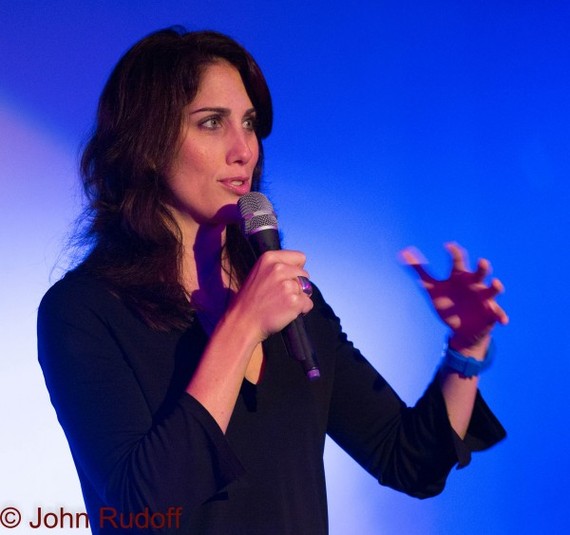 Even with the odds increasing after last month's Supreme Court arguments that the court will lift the ban on gay marriages nationwide, most states still can discriminate against gays with impunity.

"So in many states, a person could marry someone of the same gender and then get fired for being gay," NPR recently pointed out.

"Most states have no nondiscrimination protections for LGBT people," David Stacy, the government affairs director for the Human Rights Campaign, a gay-rights group, told NPR. "With limited or no federal protections, an LGBT person can get legally married in most states, but then be evicted from an apartment and denied a home loan."

With 1.5 million members, the Human Rights Campaign is the largest civil rights organization fighting discrimination against lesbian, gay, bisexual and transgender Americans. Even with growing tolerance about gay marriage, especially among younger people, it's striking just how much rampant discrimination still exists. There are no statewide protections at all in 29 states, while some others just have pockets of local anti-discrimination laws, as in Bloomington, Indiana.

That's where, for instance, comedian Erin Foley recently played to packed nightclub audiences over a weekend as she does so often across the country. Like Tig Notaro and James Adomian, she's a comic who happens to be gay with wide cross-over appeal and routines that aren't primarily defined by her sexuality. Of course, you may hear more gay-themed material than usual -- with, say, joking references to hair-braiding -- at tonight's show in Alexandria opening the Capital Queer Women's Summit. Her material lampoons everthing from her own sports mania (also on display at her Sports Without Balls podcast) to boho faddishness and the challenges of being single, coupled with hilarious satiric thrusts at right-wing lunacy.

The crowds are drawn to Foley both by impassioned word of mouth -- I first saw her as a feature act opening for Maria Bamford at a women's comedy festival in Boston and have talked her up ever since -- and her charismatic, killer appearances on late night shows such as Conan and her own Comedy Central special. Now she's coming to the Artisphere in Alexandria, Friday, May 8th, to kick off the Capital Queer Women Summit, co-sponsored by the lesbian Tagg Magazine and HRC. The opening night event also featuring comedian Dana Goldberg, whose material plays off her sexual identity more than Erin's does, but still can make anyone laugh.

In some recent interviews, including one I did with her for an Oregon Music News podcast, and one with Portland's Queer Voices magazine, Foley explained how she views her comedy. "For me, being an out comic has been great. I don't like being labeled a 'gay comic' or a 'female comic'". I'm just a comic. I happen to be gay, I happen to be a lady. Both of which influence my act, but don't define it. I started talking about being gay on stage around year seven," she said. "I definitely talk about being gay and my relationship with my girlfriend. I try not to politicize it too much because I don't want to alienate anyone. Most of my audiences are straight so my goal is for them to laugh with me and realize that there's no difference between being gay and straight. Except that gay men are much more fashionable than everyone. And that lesbians know a lot about sports. But, you get my point..."

Any comedy buff -- gay, straight or in-between -- shouldn't miss one of Foley's rare Washington, D.C appearances. I recently cited her as one of five great women comics who deserve their own Netflix specials and she won a standing ovation at an under-promoted event at Catholic University well over a year ago, but this show should be even better. (Fast-selling discount tickets for the "Ladies and Laughter" event can be found here.)

Whether getting discounted or full-priced tickets, you don't have to be a lesbian to look forward to an event described like this: "Kick off your Friday evening with a cocktail, a few hors d'oeuvres and a night full of laughs at the annual Ladies & Laughter Comedy Show featuring headliners Dana Goldberg and Erin Foley, newly added local comedian Curt Mariah, and your hilarious host, Chelsea Shorte. We'll keep the party going with a post-show reception featuring DJ Jai Syncere!"

The fund-raiser money goes to a good cause and enrolls you as member of the Human Rights Campaign. There's still plenty of hard battles to be won. As Michelangelo Signorile pointed out in a Washington Post column:

Even if marriage equality comes to all 50 states in June, after all, gay, lesbian, bisexual and transgender people still won't be protected against discrimination in housing, employment and public accommodations under the 1964 Civil Rights Act, nor under any federal statute, a sad reality that often surprises people. There are no statewide protections in 29 states. Which means that in some states, gay and lesbian individuals have exercised the right to marry one day, only to be fired from their jobs the next after their employers learned about it. Opponents of LGBT rights have been working to keep anti-discrimination laws from being passed as well as exempt themselves from any such laws that do pass.

In the meantime, as groups such as the Human Rights Campaign and the advocacy organization, GLAAD, fight the good fight for the one of the leading civil rights causes of the 21st Century , it's worth supporting their work -- and enjoying a great comedian, Erin Foley, as part of one's commitment to progessive change. Start by sampling one of her classic routines, on gluten-free diets, that displays all the qualities of writing, performance and smart, fresh thinking that make her so entertaining: