In a sense, this experience was his film school. "I got to be the young guy hanging around the camera watching these masters at work," explains Macchio. "There was so much downtime as an actor, you'd either hang out in your hotel room or go into town and get into trouble. So I would visit the set and absorb all I could, not just from the directors, but also from the production designer, sound mixer and cinematographer."

Learning the nuts and bolts of storytelling served Macchio well. In 2002, he wrote and directed Love Thy Brother, a 9-minute comedy which was shown at Sundance and distributed by HBO. "You write what you know," he explains about the film based on his relationship with his real life brother. And who can forget the hilarious FunnyOrDie.com video, Wax-On, F*ck-Off, which Macchio co-created and co-wrote and remains one of the website's most popular videos.

This month Macchio debuts his newest short film, Across Grace Alley, with his Dancing with the Stars partner, Karina Smirnoff and Oscar-winning actress, Marsha Mason. Written and directed by Macchio, this touching and poetic film centers around a young boy who is struggling to make sense of his parents' divorce while he finds escape through Smirnoff.

The undertaking wasn't easy. "I had a 10-year-old boy who had limited acting experience, a dancer/celebrity speaking in her second language, acting for the first time. And I had an Oscar-nominated pro of pros in Marsha Mason," explains Macchio. But Macchio succeeds in creating a moving ensemble piece which will be screened this month at at the Hamptons International Film Festival and then next month at the Napa Valley Film Festival. "It was very different dealing with all of those instruments to create the music," he explains. "But you gain as much as you give. It's the most collaborative art form there is."

I talked to Ralph Macchio about the joys and travails of filmmaking.

Jeryl Brunner: What inspired you to make Across Grace Alley?

Ralph Macchio: I have always been intrigued with stories told through the eyes of a child. Also, the initial idea was borne from my friendship with Karina Smirnoff and working together on Dancing With the Stars. We have very opposite personalities with very similar values. We'd have many conversations about life choices and relationships. I've been married for more than 25 years and have a family. I believe I represented a piece of what she didn't have. For me, she represented someone who is dynamic and impulsive,

Macchio: She is very spiritual. On Sundays when we had camera blocking, she'd take me to the Russian orthodox church to light candles. People don't realize there is little lost Russian girl beneath the feisty woman. I remember being in church together and I lost her. Then I saw her across the room through all these candles and that made for a sequence in a scene in the film.

Brunner: Karina was the choreographer on the film.

Macchio: Yes. She's a wonderful choreographer and dancer. And I wanted to include some of my favorite favorite numbers that I did on Dancing with the Stars. There was a Romeo and Juliet Waltz and a Fox Trot. I always joke that I'm more of a Gene Kelly wannabe, than Antonio Banderas.

Brunner: So what inspired you to reach out to wonderful Marsha Mason to play the grandmother?

Macchio: In 1982, I was on Broadway with Robert DeNiro in the play Cuba and His Teddy Bear. I heard that Marsha Mason was in the audience and I loved the Goodbye Girl and Chapter Two. But I never got to meet her. At that time she had been nominated for four Best Actress Oscars in five or six years, which is unbelievable. Then when I was casting the film, Marsha read the script and loved it. Getting someone to do a short film for $1.98 is not always easy. She just connected to the words. She said to me, "You did a beautiful job writing. I want to help you out."

Brunner: You cast both your children in the movie.

Macchio: My daughter, Julia is a dance major at Hofstra University. Initially her character had a little dialogue. But I was trying to make a short film and it was turning into Nicholas Nickleby. I had to cut stuff. Then my son said, 'hey, what about me? I helped you write.' It's just nice to have them in there.

Brunner: You have not aged. So where's the portrait of Dorian Gray in your closet?

Macchio: It's somewhere in the closet. But internally I'm aging. My lower back never got the memo. I think my parents looked young for their age as well. So I have good genes.

Brunner: The boy in the film is played by Ben Hyland who is 10. How challenging is it to work with a child in a key role?

Macchio: It's hard to get 10 year-old kid who hasn't experienced a great deal of what this character was dealing with. I had to bring him to a place of what his sadness was without him just acting sad and then coming up fake. That was work for both of us but he delivered beautifully.

I remember one scene where he meets Karina's character on the street for the first time. I was trying to describe awe to him. I said, 'It's like Babe Ruth is right here.' He looked at me like, 'Who's Babe Ruth?' Then I said, 'imagine Michael Jordan and Willie Mays are right there.' And the kid's just looking at me. Finally I said, who's your favorite band?'' He said 'FlowRider.' I said, 'Okay. It's like FlowRider with...' And then he got it. 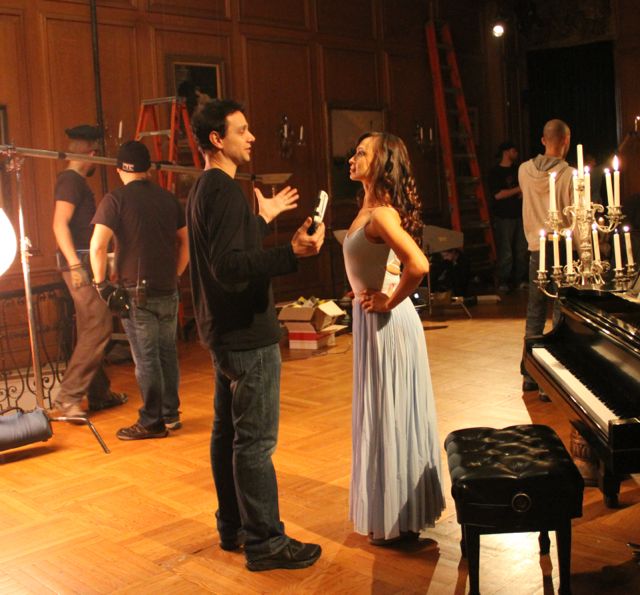 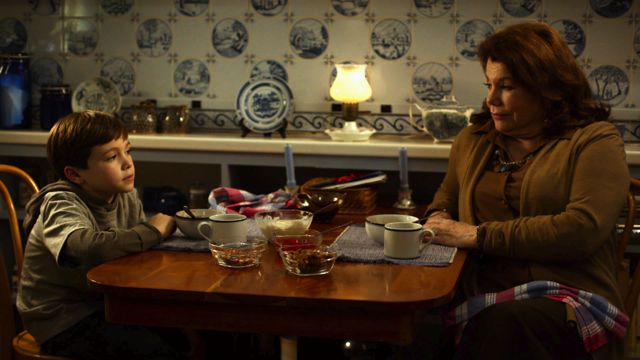 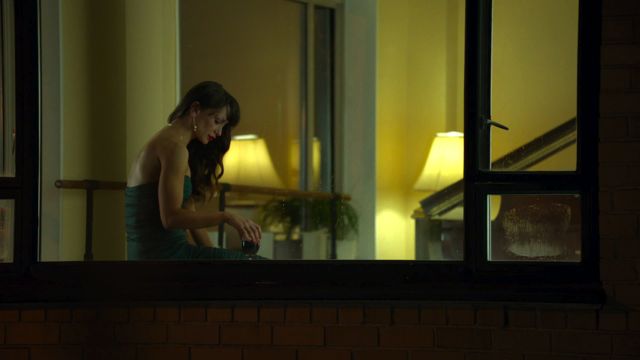 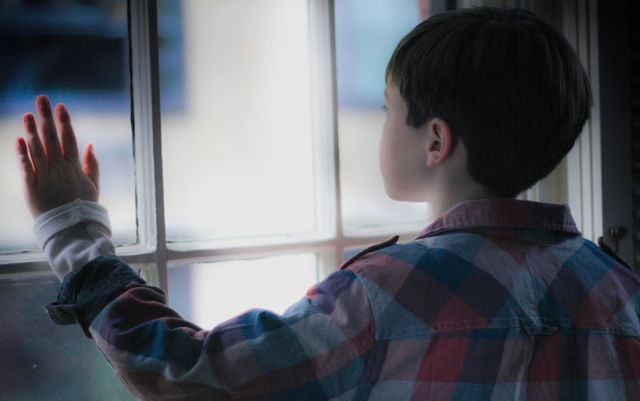