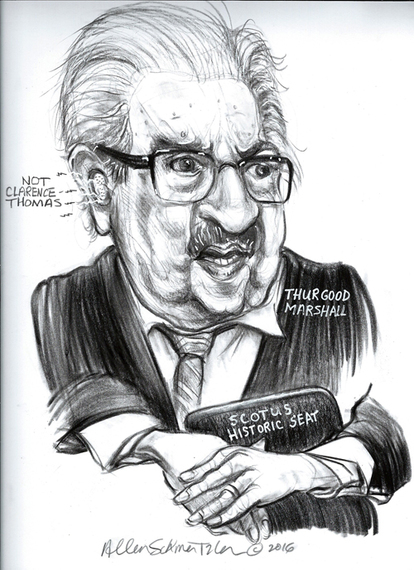 Here we go folks, fasten those joy ride seat belts for the greatest showdown money can buy, Iowa is approaching followed by New Hampshire on route to discovering who the 2016 Wizard will become behind the magic White House curtain. It looks as though another historic presidential election is odds on favorite to unfold, as the nation continues to convulse with spasms of disdain for "politics as usual." Here is the likeliest lineup of history-making finalists.

We can elect a "New York City values" white guy with a coif like no other who spinsters like a self-made global conqueror in tune with Iowa corn Christian Conservative Republicans. In truth, he inherited silver spoons, boot straps already attached and pulled up and a golden parachute to cushion his crash from each of his failings.

He plays in the spotlight like a maverick billionaire "Mississippi river boat casino gambler," slippery enough to maybe hide a Saturday night special up his sleeve with extra aces under his hairdo and a belief he can bluff his competitors into submission.

He has never held elected office and before even reaching the crowning of the Republican Party choice, the very legitimacy of his opinions had already been debated in the United Kingdom's Parliament Petitions Committee.

Although spared being officially banned in Great Britain because of his hate speech, he has been globally marginalized as the leader of the free world with the labels of being a "fool" a "buffoon" and a "wazzock." This candidate claims he cannot be bought by Wall Street or outside money. His presidency could get very intriguing and be so much food for divisive conspiracy-minded folks.

We can elect a 74-year-old finger waving fiery white guy whose accent was born Jewish in New York, who later escaped to succeed in Vermont politics as a socialist, and in the eleventh hour converted to the Democratic Party Presidential race as a democratic socialist.

Although no one has attacked him as a "New York City values guy," it is probably safe to say he may very well be a sympathizer. Could he become the first President of Jewish faith? Could he become the first real Socialist President? What will happen to the alleged government's war on Christmas with a President of Jewish faith? Maybe if he wins, he will sign a prenuptial agreement with the country to faithfully keep to the tradition of lighting up a White House Christmas tree, and sequester his Chanukah bush to the second floor Commander-In-Sleep bedroom. This candidate claims he cannot be bought by Wall Street or big outside money. His presidency could get very intriguing and be so much food for divisive conspiracy-minded folks.

We can elect a woman, finally, white, who lives in and also served as a Senator from New York, and could be a "New York City values gal." She has already served two terms as the First Lady, and if elected President, would also return her two-term former president husband to the White House in the capacity of the first ever First Ladd, to bake low-fat gluten-free cookies, work to end obesity and binging on pizza and fast food, and improve the living and educational conditions for little boys in need across the globe, and spread the word for aging white guys with health issues due to diet how to make positive changes.

America's journalists would sure have a bonanza with never-before-seen photo ops of a First Ladd establishing new traditions. We would see a President in woman's shoes walking down from Air Force One smiling and waving while being followed by her Ladd. This candidate claims she cannot be bought by Wall Street or big outside money, now. Her presidency could be very intriguing and be so much food for divisive conspiracy-minded folks.

We can maybe get to elect a third party candidate, a billionaire mogul former NYC Mayor who has straddled the Democratic and Republican political ideological divide and is exploring the feasibility and timeline to get his name on all 50 state ballots to run as an independent willing to spend up to $1 billion of his own money.

He loathes the tone of the Republican frontrunner and hates the "scandal-ridden" politics of the Democratic frontrunner, and claims centerfold collaborative politics as his preference. Will Americans elect a President offering himself up as an alternative to the sick two-party system to fix America?

This maybe candidate is yet to claim anything, but it is safe to say he cannot be bought by Wall Street or big outside money, and may also be a "New York City values guy." His presidency could get very intriguing and be so much food for divisive conspiracy-minded folks.

With either choice, we appear to be set up for another historical presidential election of "firsts." But let us never forget one essential and dire dimension that is immediately consequential to who becomes the next President, and can also be historical. It is what happens when this President fills a vacancy or vacancies on the Supreme Court. These are appointments for "life" with direct influences on every facet of our lives.

It was a smart and visionary NAACP black lawyer named Thurgood Marshall, who had successfully argued to end "separate but equal" American apartheid and broke the historic color barrier on the Supreme Court when then President LBJ appointed him in 1967.

His presence on the court was a profound constitutional intellectual positive for the country. However, in 1991, when President George H. Bush had the opportunity to pay back conservatives for their support in winning him the presidency, he filled the Supreme Court "black seat" Marshall vacated with Clarence Thomas, perhaps one of the worst Justices ever.

Although the seat remained as the "historic black seat" with this appointment, Justice Thomas sat in silence for seven years on the bench until finally uttering. He continues to sit mostly in silence, as he continues to serve for "life." His legacy will be a profound constitutional negative for the country. Let this historical view from the Supreme Court be a factor when electing our next historical President. The results may not be cute and humorous tidbits.