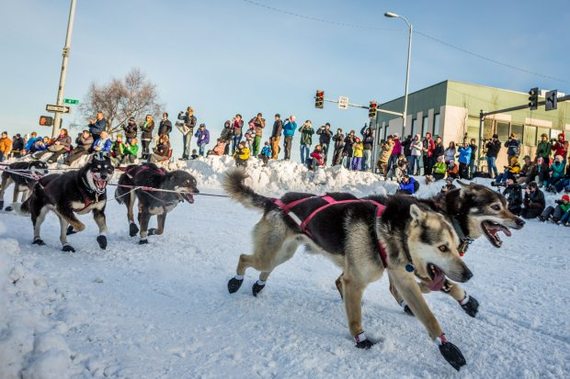 Race marshal Mark Nordman said the committee is considering the move, though he said Tuesday the race "isn't even close to making that decision."

"Nothing has changed at this point, but you want to have a plan B in place and ... Fairbanks would be the place to go," Nordman said.

He said race officials would decide whether to move the race by mid-February. He noted that cooler temperatures have helped freeze rivers the trail travels over, saying the south fork of the Kuskokwim River was frozen. Nordman said there's more snow in the Alaska Range than at the same point last year, but it wouldn't hurt to have more.

Last year's decision to send mushers through the Dalzell Gorge, a notorious section of steep, challenging trail, was met with criticism by racers who felt the trail was dangerous in snowless conditions.

The 1,000-mile race has only been moved once in its 42 years. In 2003 the restart was moved from Southcentral Alaska to Fairbanks. A similar conversation occurred in 2014, with the race ultimately deciding to keep the traditional route.