It looks like Volkswagen is going to have to pay nearly $15 billion for illegally equipping a once-vaunted diesel car engine to cheat on emissions tests -- one of the largest consumer class-action settlements in U.S. history, as has just been widely reported. But let's not forget that the culprit in this case is not just any company, it is Volkswagen, arguably one of the most beloved brands in U.S. history.

As a longtime VW enthusiast myself, I've been pretty bummed out about the company's unsavory sleight of engineering hand, and can't help but wonder whether VW has hopelessly squandered the generations of love that most brands and products -- automotive or otherwise -- can only dream of attaining.

Volkswagen -- the "people's car" -- has come to occupy a unique, perhaps unprecedented niche in American popular culture, hardly an obvious outcome for a vehicular brainchild of Adolf Hitler. It's something of a marketing miracle, really, that the VW brand and its original model, fondly known as the Bug or Beetle, could be conceived at the dawn of the Third Reich and still find its way into myriad American hearts and households, so soon after World War II, no less.

My own entry into the VW family -- and there is often a familial vibe among VW owners and enthusiasts -- can be traced to an early road trip in my parents' new 1967 microbus camper, which could sleep mom, dad, and we three kids -- with room to spare for a table top, refrigerator, sink, and a wondrous labyrinth of built-in cabinets and cubbies. All of this was within the cozy confines of a loaf-shaped body just a little longer than a Bug -- so considerably more compact than the schooner-sized cars of the era.

You might be thinking we were some sort of countercultural clan, swept up in the Summer of Love, but no. Contrary to the Woodstock-infused lore, it wasn't just hippies who loved their Volkswagens. People like my dad, an engineer, were intrigued by the microbus's design -- it had the same kind of novel air-cooled, rear-mounted engine found in the Bug -- and a car that could sleep five was a real money-saver.

Also, whereas our family Buick got about 10 miles per gallon, typical for American gas-guzzlers of the day, the camper got twice that. In Volkswagen's early advertising it touted the Bug's ability to wring about 30 miles out of a gallon of gas -- a plug for the brand's practicality. But high mileage also made millions of Bugs, buses, and other models more environmentally friendly, long before such terms filled the lexicon, a sad irony given the current emissions scandal. 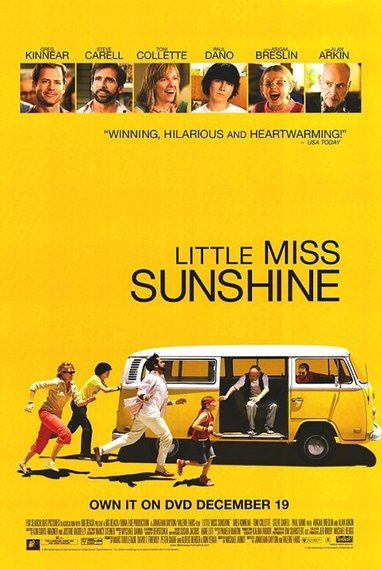 We had to sell that camper a few years later, but my dad had been so impressed with it that he soon bought a VW bus, variously known as a microbus, minibus, van, transporter, station wagon, and a few other monikers. It was just like the 1970s model featured in Little Miss Sunshine, the road-tripping romp that rolled into theaters a decade ago. Part of that movie's resonance, especially for VW aficionados, came from the bright yellow and white microbus, including its endearing quirks, like the sticking horn.

I couldn't wait to be old enough to drive our bus myself, and load it up with my surf buddies and our boards. It seemed pretty cool, too, though I'm not even sure where that notion came from. Maybe the VW "Beach Bomb" in my Hot Wheels collection?

This was still a few years before Sean Penn, as stereotypical Southern California surfer dude Jeff Spicoli, tumbled out of a smoke-filled VW bus in 1982's Fast Times at Ridgemont High. I didn't realize it back then, but I was doing my bit part to bolster the VW bus's enduring sand-and-sea image. With my sun-fried, shoulder-length hair, I actually looked a lot like Spicoli (but had fewer tardies, and probably better grades and health habits).

The VW bus became as much of an icon as the famed Beetle, but it was of course the Beetle that first paved the way for VW -- the bus was the German carmaker's second product, dubbed the "Type 2" when it arrived in America in the early 1950s, not long after the Bug.

Subaru has lately adopted the slogan: "Love. It's what makes a Subaru, a Subaru." But a widespread love for Volkswagen seemed to transcend sloganeering, and grew with an organic fervor -- although the brand, and especially the unusual-looking Bug, surely got a boost in the U.S. from a famously unorthodox and offbeat 1960s advertising campaign -- a creative tradition that lives on in more recent VW commercials like "The Force," still considered the most shared Super Bowl ad of all time.

But Volkswagen had more than just Madison Avenue behind it. VW had Hollywood. The Love Bug, the first in a series of giddy Disney movies about Herbie, the VW Bug with a mind of its own, struck a popular chord in 1969 -- a few months before a lot of Bugs and buses descended on Woodstock.

Disney and Woodstock. That tells you something, and further examples of how the people's car made inroads across the culture are too numerous to count, from the much-mulled-over Beetle on the cover of the Beatles' Abbey Road album to Herbie Fully Loaded, Disney's 2005 Love Bug reboot.

After leaving home (and thus my dad's VW bus), I went for a dozen years or so without a Volkswagen. Then, in the 1990s, my own young family got a decade-old Vanagon, the more boxy successor to the Little Miss Sunshine-vintage microbus, but with the same rear-engine structure and ample room for kids, friends, and gear. The purchase was practical, but was probably made with a dash of nostalgia, too.

This Vanagon was about to hit 100,000 miles, but we figured that, like its ancestors, it was built to last, and would be fairly easy to repair, one reason you still see so many of these and other elder VWs on the road -- and why I, like so many others, got the joke when Woody Allen's character in Sleeper discovers a 200-year-old Bug -- and the dust-encrusted relic starts right up.

We sold our Vanagon a couple of years ago, having put another 100,000 miles on it. These days I'm still driving a 2000 Volkswagen Passat, a station wagon that's logged enough miles to have reached the moon, but probably won't last as long as that Bug in Sleeper.

So in recent months I've been on the lookout for a new car, and was especially struck by the miraculous mileage people were getting out of VW's now-disgraced diesel engine -- upwards of 40 miles per gallon. I drove a popular Jetta model with that acclaimed 2.0-liter motor, and -- wow! To paraphrase an old company ad, it looked like Volkswagen had done it again.

But of course now I have to wonder: Should my next car be a VW?