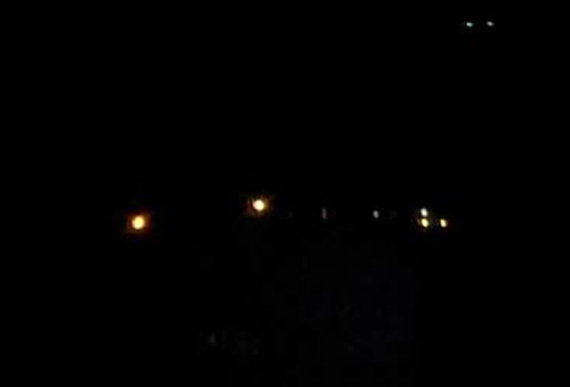 Two Ohio witnesses at Springfield reported watching and photographing a triangle-shaped object hovering over a field along a country road on April 23, 2014, according to testimony in Case 55763 from the Mutual UFO Network (MUFON) witness reporting database.

The reporting witness was driving with his girlfriend to his brother's home when they first noticed the object.

"At first she thought it was a helicopter, but as we got closer it looked like a triangle hovering over a field," the witness stated.

The witness said he pulled the vehicle over to snap a photo.

"It raised up and started floating westward above the trees. I got one photo before it took off."

The two decided to chase the object.

"I turned around and started following the craft at about 75 to 85 mph and I couldn't keep up with it. It made a pulsating hum sound. But real quiet. My girlfriend was scared of it. I was excited. The object flew into the horizon."

Ohio MUFON is investigating. Springfield is a city in Clark County, OH, population 60,608.

About 2 a.m. on April 20, 2014, Ohio witnesses near Amberley Village reported watching a low flying, triangle-shaped object with multiple lights that quickly disappeared behind nearby tree tops in Case 55744. That case remains under investigation. Amberley is about 70 miles southwest of Springfield.