The Fourth of a Four-Part Series

(Read parts one, two and three)

The annual American Psychiatric Association (APA) conference is huge, attracting thousands of doctors and other professionals from around the world. When it convened in San Francisco several years ago, I decided to attend a one-day session -- I'd heard that the previous year's exhibits had rivaled Disneyland's and was curious.

The conference was held in the city's biggest convention site, the Moscone Center; some of the center's rooms are as big as a football field when fully open. After signing in and getting my badge, I dutifully sat through a bland presentation of diagnostic terminologies in psychiatry before heading to the Exhibitors' Hall, where I suspected the most effort had been made to "educate" my fellow attendees and me. The room was enormous, perhaps three or four football fields long, with a 40-foot ceiling.

This massive space was packed wall to wall. Some exhibitors' displays were modest -- a desk in the front, a few posters attached to a curtained backdrop -- but many were gigantic: quarter-acre, 30-foot-high assemblies with neon signs and attractive women. Indeed, one had young women in bikinis handing out medical education literature and "gifts," all kinds of chotchkies: mugs, notepads, pens, binders, helium balloons, cloth shopping bags, backpacks. I saw doctors walking around laden with this stuff. 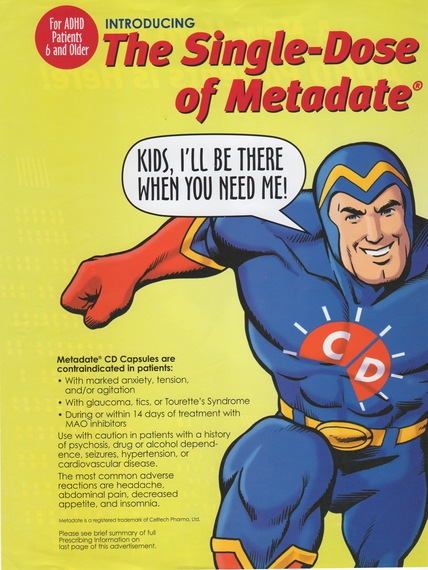 It felt more like a Middle Eastern bazaar than a doctors' convention. But instead of sheepskins and spices, the products being promoted were psychiatric drugs, and the vendors represented the largest pharmaceutical companies in the United States and the world. For all the buzz and activity, there was much more selling than educating going on. Sure, the drug reps suggested alternatives and mentioned side effects, but underneath and unacknowledged was their fundamental mission: to convince me to prescribe their product.

The Exhibitors' Hall was only the most overt example of the drug industry's influence on the convention, and on doctors. In fact, around that time, the large drug companies were underwriting 30 percent of all of the APA's $62.5 million annual budget. Much of the cost of the convention was covered in the form of "unrestricted" grants and payment for exhibition rights at the convention. These funds brought the price down for the individual doctor and also allowed the APA to offer presenters more money. 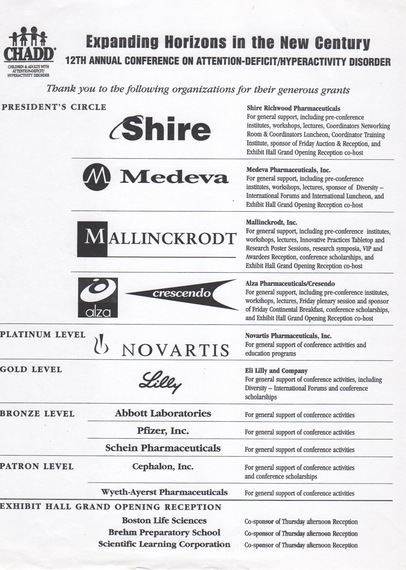 But these for-profit corporations were not charitable foundations committed to the promotion of knowledge for the benefit of humankind. They knew that assembling this many prescribing M.D.s in one place provided them with a powerful opportunity to influence these physicians to select their products. As an M.D., I could sign up from morning to night for meals paid for by drug companies as long as I was willing to listen to one of their medical experts tell me about the value of this particular drug for that particular condition. In fact, topics generally focused on conditions and their treatment. For example, there was the industry-sponsored symposium, "Treating ADHD Across the Life Cycle," supported by Novartis (makers of Ritalin) and taught by that very same Joseph Biederman mentioned in this first part of this series and his highly-respected colleagues, Stephen Faraone and Thomas Spencer of Harvard Medical School. Only a complete naïf would fail to understand that a tilt to one of Novartis's products for treating attention and performance problems in children and adults should be expected.

Over the years, drug companies continually broke new barriers of propriety and aggression when it came to marketing their products, but the worst of the drug company/doctor practices began to recede after the FDA Prozac/suicide hearings in 2004-2005. Organized medicine, which realized it was losing its credibility by allowing the drug companies so much influence, set up better regulatory firewalls. The drug companies haven't stopped promoting to doctors and patients, but the frequency and intensity (especially to doctors) have decreased. Many of the previously patent-protected drugs for ADHD/ADD are now generic and not as profitable, which may also have something to do with the companies' reduced marketing enthusiasm.

Nonetheless, the societal pump has been primed. The market for stimulants is now self-sustaining and continues to grow. The ADHD/medication virus implanted by organized medicine in the 1980s and exploited by the drug industry in the 1990s and early 2000s no longer needs such levels of promotion to grow in the host society. Our culture and way of life make us susceptible to the allure and use of performance-enhancing stimulants. 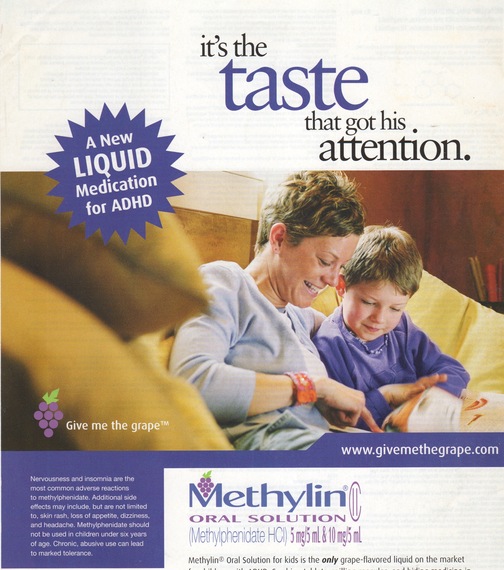 Leading experts who once promoted the ADHD diagnosis and stimulant treatment have reacted with alarm to the latest trends. But the proverbial genie is out of the bottle. Created and promoted by the drug industry, it is now running amok amongst American children, parents, and teachers.

The adult ADHD market has also boomed, and this trend toward adult use of prescription stimulants is currently the most ominous sign of things to come. Just this year, Express Scripts, the nation's largest insurance prescription service, released data showing that, for the first time, adult use of stimulant drugs is topping pediatric use, 57.5 percent to 42.5 percent.

Other evidence points to a growing adult stimulant misuse/abuse/addiction epidemic. The number of emergency room visits by adults who've overdosed on stimulant drugs is rising in parallel with the growth of the adult ADHD diagnosis. Estimates are that nearly 30 percent of the legally produced stimulant drugs in the U.S. is being diverted to illegal (e.g., non-prescription) use. After alcohol and marijuana, prescription stimulants are the drug most abused by high school students. Admission rates to California rehabilitation hospitals for prescription-stimulant addiction now top those for opiates like Vicodin or Oxycontin, which have received much more publicity.

Addiction to prescription stimulants is akin to methamphetamine ("crank") addiction. As the addict lurches from highs to lows, his/her behavior becomes increasingly erratic. Crime, violence and paranoia are common. Addicts require multiple drugs (tranquilizers and opiates) to regulate moods. While only one in 10 to 20 misusers/abusers of prescription stimulants become addicted, as the number of general users reaches the millions, the casualties of this social phenomenon will become too great to ignore.

Our ADHD "epidemic" and concomitant use of stimulants are unlikely to end soon. Misuse and abuse in young adults will eventually lead to a backlash against the drug, as has historically occurred in regular 30-year cycles since amphetamine's American synthesis in 1929. In the meantime, we live in the United States of Adderall and must make appropriate choices for ourselves and for our children. It's a daunting task.

On July 18, 2014, Abb-Vie (formerly Abbott Laboratories, one of the largest drug companies in the world) agreed to pay Shire Pharmaceuticals of the U.K. and the maker of Adderall and Vyvanse $54 billion to merge. The combined company will be among the 50 largest corporations in the world. Shire stock has risen 50 percent since May on rumors of the merger. Come what may in the United States of Adderall, Shire will have more than greatly satisfied its stockholders.