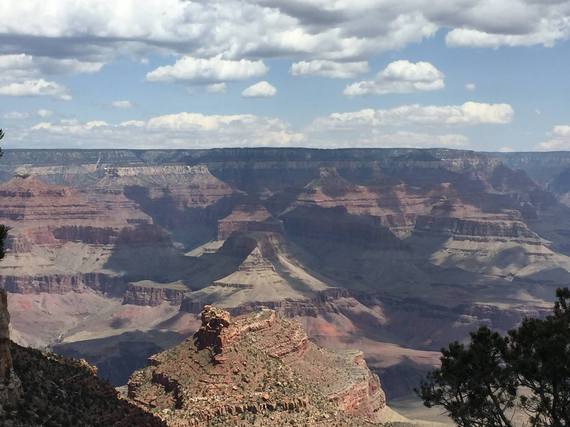 I recently came back to New England from a visit to the Grand Canyon National Park--a trip that reaffirmed my commitment to protect this spectacular place and the surrounding area for future generations.

With Roger Clark of the Grand Canyon Trust and Environment America's Bret Fanshaw as my guides, I hiked the rim from Hopi Point to the Bright Angel Trailhead, taking in breathtaking views of the colorful canyon walls, forged 17 million years ago by the Colorado River. As we took in the sights, North America's largest old growth ponderosa pine forest stood around us.

We were joined by a member of the Navajo Nation working with the Grand Canyon Trust, who shared with us the importance to the surrounding tribes of the area, home to more than three thousand archeological sites dating back millennia.

Her words echoed those of Edmond Tilousi, vice chairman of the Havasupai Tribe, who told elected leaders recently: "I have lived in and around the Grand Canyon all of my life, and in later years I saw the wonders of these lands. It was then I saw the power and the spirit of God."

The millions of visitors who flock to the Grand Canyon National park draws each year for hiking, rafting, camping and more, must share some of this sentiment.

But the 1 million-acre park, for all its beauty, is not without scars. Not far from Hermit's Rest Overlook, we saw the remnants of Orphan Mine, once the nation's largest source of uranium. The mine is now closed, but its contamination remains: signs warned us not to drink from nearby Horn Creek. 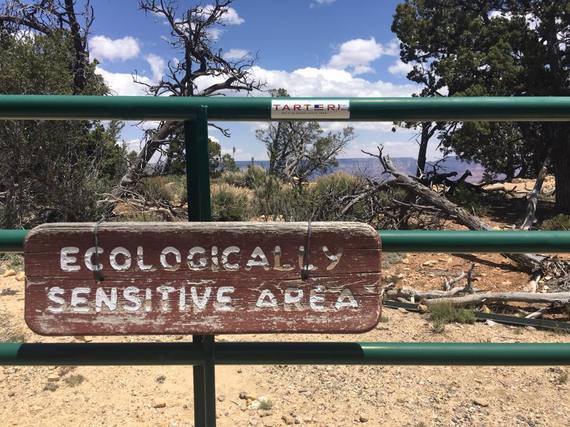 And just a few miles outside the park, we saw an old uranium mine, the Canyon mine, back in action--a huge structure and drainage pit in the midst of a landscape just as gorgeous as the park itself.

The Canyon Mine is operating on an outdated Forest Service permit from 1986, which has been rightfully challenged in court by our allies. But if the mining industry, the Koch Brothers and others have their way, this mine won't be the last. They're pushing for even more uranium extraction outside the park, which could cause more waters to suffer the same fate as Horn Creek. 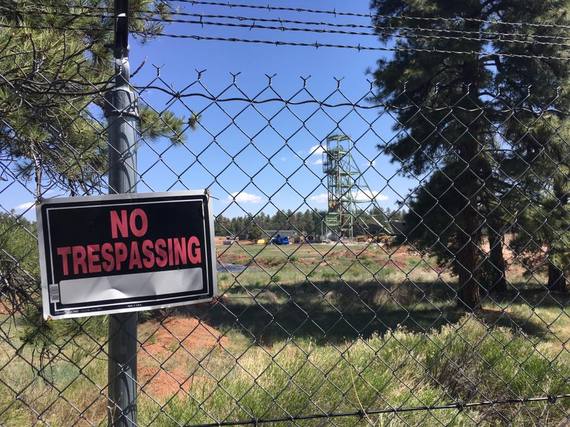 More mining would also threaten the Colorado River, a drinking water source for 25 million, and endanger the mule deer, the Kaibab squirrel, and other sensitive plants and animals that make the Grand Canyon area their home.

So I saw firsthand the importance of a new national monument that would encompass 1.7 million acres around the park, permanently banning new uranium mines and ensuring protection for wildlife, forests, and waters for generations to come.

Support for this new monument is broad and deep. Conservation champion Rep. Raúl Grijalva (D-Ariz.) introduced legislation last fall to form the basis of the monument proposal, winning the backing of the Navajo Nation and the Hopi, Havasupai, and Hualapai tribes, along with a broad coalition of conservation groups and outdoor businesses. An Arizona poll released earlier this year found robust support for the monument across partisan and demographic lines.

That's why we're going to redouble our efforts to get President Obama to designate a new Greater Grand Canyon Heritage National Monument before he leaves office. We can't prevent what's already happened, but we can make sure we don't repeat our mistakes -- especially for a landscape as beautiful and meaningful as this one.