This week in 1939, "The Wizard of Oz" premiered at Grauman's Chinese Theatre in Los Angeles before its nationwide bow on Aug. 25. The Victor Fleming film was one of Hollywood's first escapist blockbusters, and treated as such by the media. Courtesy of Ancestry.com and Newspapers.com comes this Mason City Globe-Gazette article from Sept. 2, 1939, about "The Wizard of Oz," which calls it a cure for "war nerves."

"If it's relaxation you're seeking from the headlines shrieking of war in Europe and in Asia, we recommend to appease your desire (in spit of avowed failure of other appeasement programs) "The Wizard of Oz," which opened at the Cecil Saturday and plays there through Thursday," the piece reads. Check out the full article below, then head down the yellow-brick road or something. 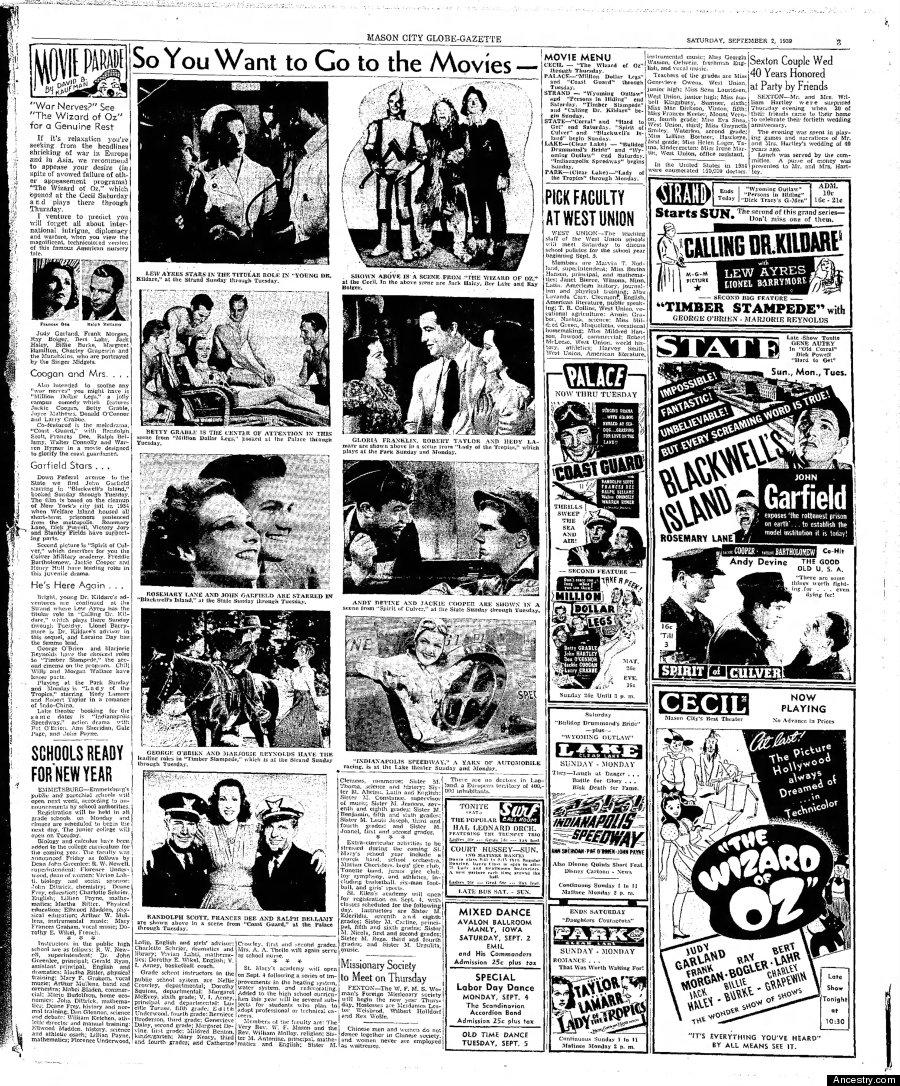