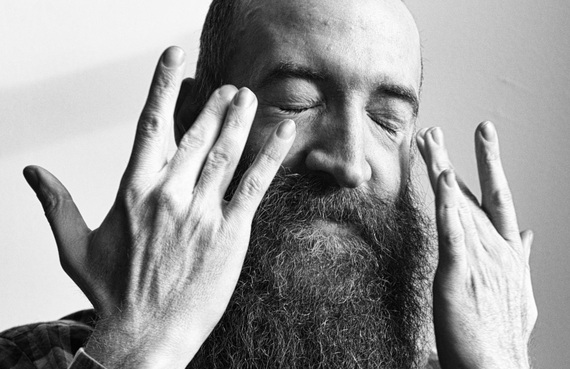 I remember the first time I saw some of Wizard Skull's street art. His drawing of a ripped Ronald McDonald in a speedo with French-fry pubes stopped me in my tracks. A few months later I was at a gallery opening at Cotton Candy Factory and saw more of his work; this time it was a sketch of Walt Disney fucking a very happy Mickey Mouse. Needless to say, I was pumped when he agreed to an interview, and it turns out that Mr. Skull is a soft-spoken, funny guy. He grew up on a farm in New Jersey and has drawn and skateboarded for his entire life. He has this incredibly dry delivery that I tried to capture as best as I could here.

Phillip M. Miner: You draw some arguably provocative images of pop characters. What's the response like?

Wizard Skull: I was at a book show and a guy came up and said, "I love your art, but I'm not gay." Like he had to let me know. Actually, he said, "I'm not a fag," and he said that part way, way louder than he said he loves my art, so his sexuality wouldn't be questioned. A lot of my work plays with ideas of masculinity, so mostly straight men are uncomfortable in saying they like my art.

Miner: Do a lot of straight men buy your work?

Wizard Skull: No. Well, sometimes. I did the art book fair at PS1 with a friend. His images are really gory, and over the course of the weekend, we realized we have very specific target markets: All of the people buying the gory images are young Asian girls, and all of the people buying my zines are older gay men. So when someone would come to our table, we'd know exactly who they were going to buy from.

Miner: Are you gay?

Wizard Skull: I never answer that question. I'm not sure I believe in solid-state sexualities.

Miner: A man of mystery. So why do you draw boners?

Wizard Skull: I just like to make fun images. Drawing pop-culture images is pretty new for me. For the last few years I've had fun playing with pop-culture references from the '80s and '90s, back from when I was forming my ideas about adult masculine identity. I think the thing about the boners and sexualized men comes into play as my way of going back and injecting sexuality into these very childlike things.

Miner: What do you think about masculinity today?

Wizard Skull: These are the kinds of things that when you say them out loud, people say they aren't real, but there are these very set ways you're supposed to be a man. These traits you're supposed to have to be perceived as manly are based in stereotypes. Actually, one of those is having a beard. I've had a lot of conversations with other men who don't have beards who come up to me and tell me they can't grow facial hair. They always seem very ashamed that they are confessing it. [Laughs.] [Beards are] a symbol of masculinity, and people respond to them that way. 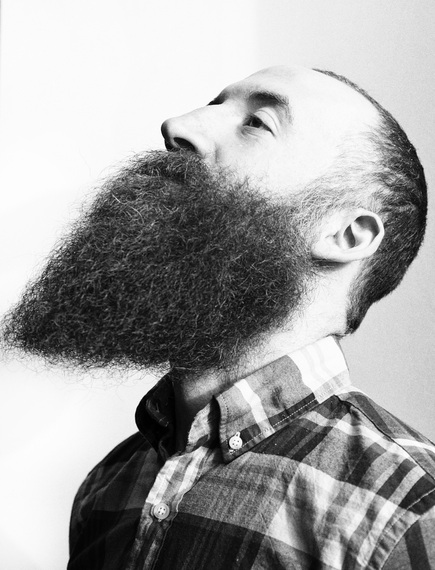 Miner: You wheat-paste your stuff around Brooklyn. Have you always participated in street art?

Wizard Skull: That's fairly recent; I've been doing it for two years. It's fun to see people's reactions to that. I put it up in so many places. A lot of times I'm walking down the street and I'll see people taking photos or making commentary about it. I've had people write stuff on it, like, "Wizard Skull is a moron." [Laughs.]

I put up all these prints of Biggie and Tupac hugging. I went around at 3 a.m. and put up 10 of them. I went around the next day at 10 a.m., and every one of them was torn down. For some reason people can't tolerate that one.

Miner: When you say "hugging," you mean "naked and hugging," right?

Miner: It says a lot that people have such violent reactions to reimagining those two loving each other instead of being rivals.

Wizard Skull: Yeah. That's the only one that's ever been ripped down. I got some angry comments on Instagram about it: "Why did you make them gay?!" I think someone hashtagged it "#stupiddrawing." [Laughs.]

Miner: You recently published a book called Dick Die-nasty, which was your response to the Duck Dynasty controversy. Can you talk about that?

Wizard Skull: It was the greatest duck-pornography zine to ever be created.

Wizard Skull: I think that one made people more uncomfortable than all my other zines.

Wizard Skull: I have a line for every zine I make, like, "Oh, this one is all sexy men," or, "This is all toon boners," or, "This one is all ducks and pornography." People ask which zine they should get, and whenever I say, "Get this ducks-and-pornography one," people kind of just walk away.

Miner: People are prudes. Who doesn't want to see a ripped Ernie and his ripped rubber ducky arm-in-arm, or Daffy and Donald doing dirty things to each other? Now that I think about it, have you run into any copyright problems?

Wizard Skull: Not yet. I'm kind of hoping I do. Right now, remaking '80s kids' movies is a big trend. They're remaking Ninja Turtles, Transformers, Robocop. When they remake them, they normally change the story. I'm doing the same thing. I'm taking these stories we heard when we were kids and making them my own. 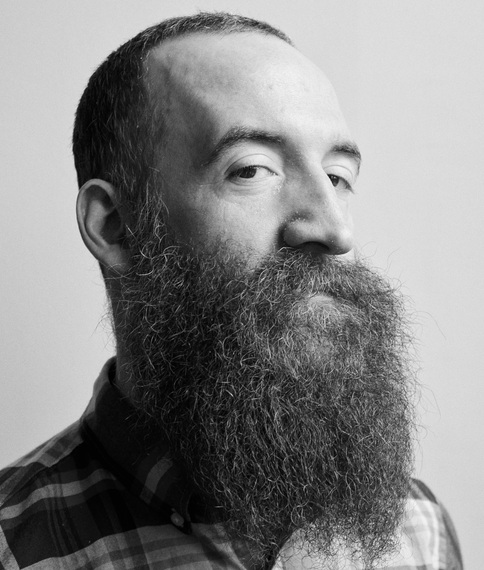