The wolves' return to Yellowstone and the subsequent recovery of plants that elk had been eating to death in their absence has become one the most popularized and beloved ecological tales. By the 1920s humans had misguidedly wiped out most of the wolves in North America, thinking that the only good wolf was a dead one. Without wolves preying on them, elk and deer (called ungulates) exploded in number. Burgeoning ungulate populations ravaged plant communities, including aspen forests. Decades later, the wolves we reintroduced in Yellowstone hit the ground running, rapidly sending their ecological effects rippling throughout the region, restoring this ecosystem from top to bottom. 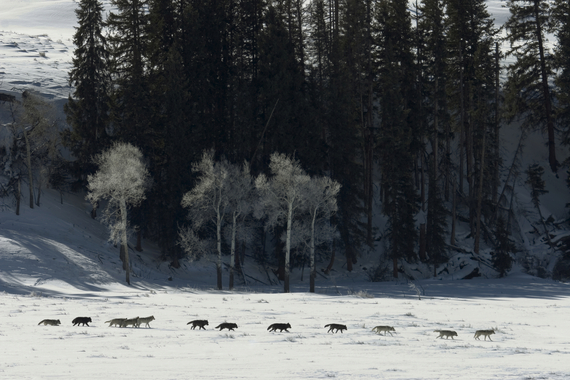 Yet today scientists caution that this story is more myth than fact because nature isn't so simple.

For decades scientists have been investigating the ecological role of wolves. In his 1940s game surveys, Aldo Leopold found ungulates wiping out vegetation wherever wolves had been removed. He concluded that by controlling ungulates, wolves could restore plant communities and create healthier habitat for other species, such as birds.

Since Leopold's time, many scientists have studied food web relationships between top predators and their prey--called trophic cascades. In the 1960s and 1970s Robert Paine, working with sea stars, and James Estes, working with sea otters, showed that ecosystems without top predators begin to unravel. Paine created the metaphorical term keystone species to refer to top predators and noted that when you remove the keystone, arches and ecosystems collapse. Over the years ecologists found trophic cascades--also called top-down effects--ubiquitous from coral reefs to prairies to polar regions. 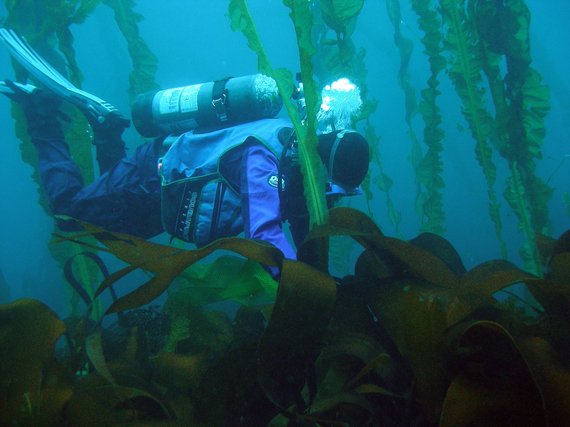 However, some scientists maintain that sunlight and moisture, which make plants grow, drive ecosystem processes from the bottom-up, making predators relatively unimportant. The Yellowstone wolf reintroduction provided the perfect setting to test these contrasting perspectives.

In the mid-1800s in his book The Origin of Species, Charles Darwin presciently described nature as a "tangled bank." Nature's complexity results from myriad species and their relationships with other species and all the things that can possibly affect them, such as disease, disturbance, and competition for food. Science works incrementally, taking us ever deeper into nature's tangled bank as we investigate ecological questions. Each study answers some questions and begets new ones. Sometimes we find contradictory results. Learning how nature works requires that we keep searching for answers amid the clues nature gives us, such as the bitten-off stem of an aspen next to a stream where there are no wolves.

Trophic cascades science that focuses on wolves is still in its infancy, with huge knowledge gaps. For example, we've linked wolves to strong effects that cascade through multiple food web levels. However, we're just starting to parse how context can influence these effects. Some Yellowstone studies have found that wolves have powerful indirect effects on the plants that elk eat, such as aspens, due to fear of predation. With wolves around, elk have to keep moving to stay alive, which reduces browsing pressure. 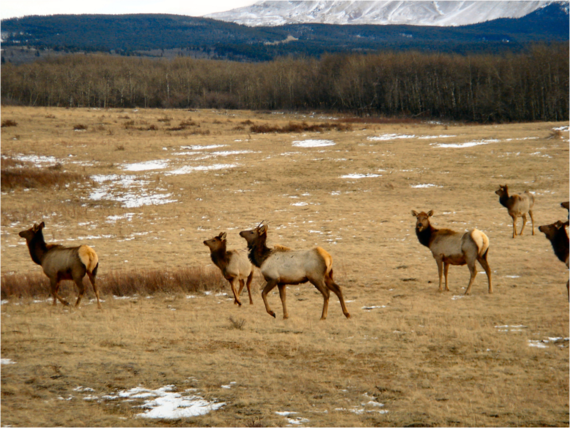 Conversely, a growing body of studies are finding no wolf effect--that aspens in places with wolves aren't growing differently than those where predation risk is low.

It's human nature to try to find simple solutions. Today we are grappling with monumental environmental problems such as climate change. Due to the wolf's iconic status and our need to fix broken ecosystems, the environmental community and the media have run with the science that shows a strong wolf effect. This has inspired other scientists to work hard to prove that ecosystems are more complex than that. These dissenting studies demonstrate that the wolf dwells in a tangled bank, working alongside many ecological forces.

In my own research I've found that wolves need another keystone force--fire--to drive trophic cascades. In my previous work in Glacier National Park, Montana and in our ongoing Earthwatch research in Waterton Lakes National Park, Alberta, we are experimenting with fire in a wolf-dominated system. 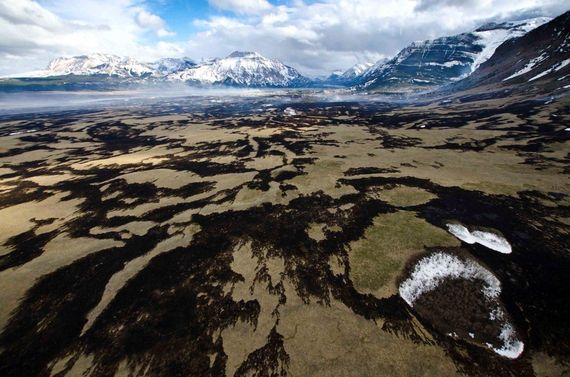 Our first five years of data show that with wolves and fire present, elk herbivory drops, aspens thrive, and biodiversity soars due to the healthy habitat created by young, vigorously saplings. Parsing these relationships has involved gathering data on 35 ecological variables and building 72 statistical models. 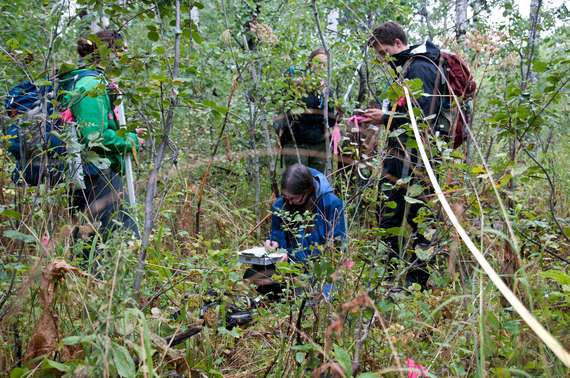 Tangled banks seldom yield simple answers. However, arguing about what exactly carnivores do ecologically and why we need them is fiddling while Rome burns. Large, meat-eating animals improve the health of plant communities and provide food subsidies for the many species that scavenge on their kills. A system with wolves in it is far richer than one without and can support many more grizzly bears, coyotes, wolverines, and eagles. There are things we don't know and disagreements about what we do know. In The Carnivore Way, I write that, given the accelerated human-caused extinctions we are experiencing today, a precautionary approach to creating healthier ecosystems means conserving large carnivores.