When Congress listed the gray wolf as endangered under the Endangered Species Act in 1974, it set the stage for a famous ecological experiment. The federal government began to create a recovery plan, which called for wolf reintroduction in Yellowstone National Park and Idaho.

In 1995, the reintroduced wolves hit the ground running. Scientists carefully documented the ecological effects wolves sent rippling throughout the northern Rocky Mountains. Wolves restored this ecosystem from top to bottom. The subsequent recovery of willows and aspens that elk had been eating to death in the absence of wolves offered a powerful ecological lesson. 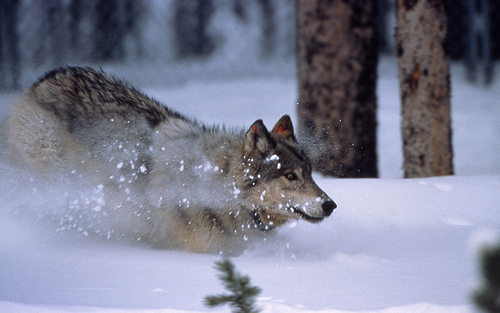 By 2002, wolves had reached recovery goals of 300 individuals and 30 breeding pairs in Idaho, Montana, and Wyoming for three consecutive years. Since 2011, wolves have been delisted and hunted annually in much of the northern Rockies.

Because wolves don't abide by political boundaries, Montana implemented a buffer zone around Yellowstone where wolves couldn't be hunted. However, the state quickly succumbed to pressure from hunters and removed this buffer, leaving Yellowstone wolves vulnerable.

The 2012/2013 wolf hunt, combined with other causes of mortality, caused a 12 percent drop in their population. While this level of mortality is biologically sustainable in a species as resilient as the wolf, the impacts of the wolf hunt go far beyond numbers.

The Lamar Canyon pack, formerly one of the most stable and viewable park packs, is a case-in-point. When the gun smoke cleared from the 2012/13 wolf hunt, this pack's story provides a cautionary tale about the unintended consequences of hunting wolves immediately outside national parks. 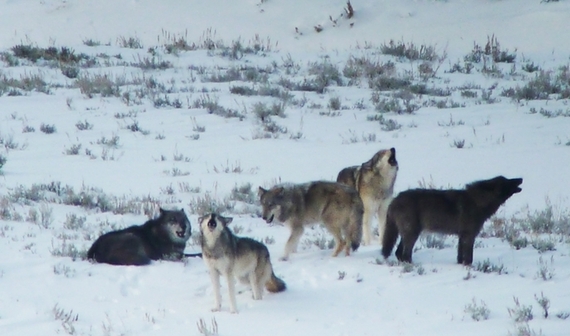 Before the 2012/13 hunt, an illustrious pair led the Lamar Canyon pack: wolf 832, called the '06 female (for her birth year) and wolf 755M. Pack leadership also included wolf 754M, the beta male (755M's brother), who'd vied for 832F's admiration and then helped the alpha pair care for their pups. This trio engendered tremendous public affection. Capable of taking down an elk by herself, '06 quickly became a legend. She ranged widely through the Lamar Valley, yet she seldom left the park. 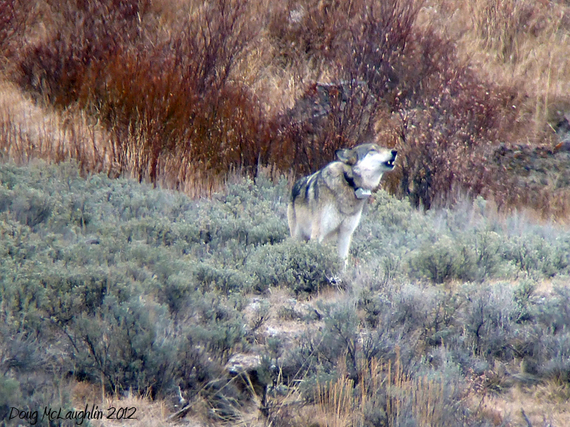 The '06 Female, photo by Doug McLaughlin

Tragedy struck in November 2012, when 754M met a hunter's bullet in Wyoming, outside the park. The next month, the '06 female also went down in the wolf hunt. Their entirely legal deaths played out publicly and created public outrage. But that was only the beginning of the trouble. 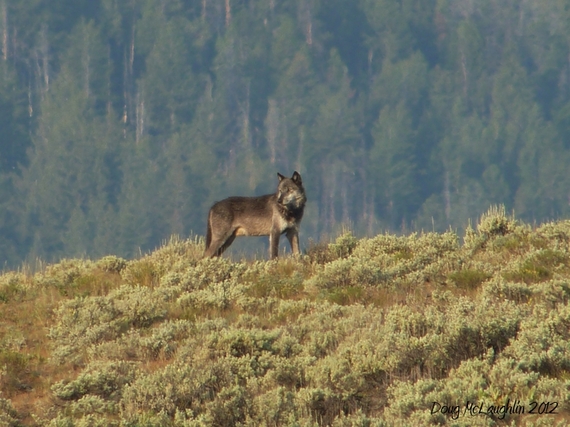 When breeding season began in late December, one of '06's daughters became the new alpha. However, because she was the alpha male's daughter, she wouldn't breed with him. And so now 755M, the alpha male, a great hunter with the most social experience, went looking for a mate. This left the Lamar Canyon pack unstable and leaderless.

By late January, the Lamar Canyon pack was going through major changes. Two of 755M's daughters had attracted mates from other packs. Meanwhile, 755M, who'd been wandering, had found a mate, 759F from Mollie's pack, and returned to his pack with her. But pack dynamics had shifted in his absence, so what he returned to was actually partly his old pack with some new wolves. The new males turned on 759F, killed her, and ran 755M off. By April 2013, 755M's daughters were both pregnant and preparing for birth, and the pack was spending lots of time outside the park.

Eventually '06's daughters had their pups. While at first this seemed an example of wolf resilience, further events demonstrate how '06's and 754's deaths disrupted this pack's social stability. In August 2013, wolf 820F, '06's two-year-old daughter, left the pack under hostile pressure from her older sisters. That she'd spent her entire life in the park and was very used to people led her to make a foolish choice. She started hanging out in Jardine, Montana. When she turned to raiding chicken coops for food, Montana Fish, Wildlife, and Parks killed her.

In wolf society, each spring begets new beginnings. In spring 2014, the Lamar Canyon pack denned and produced pups. That fall, people often saw 926F romping with her pups, her playfulness notably different from the '06 Female's intensity. And as the seasons turned yet again, around Valentine's Day 2015, people observed 755M mating with his new alpha female.

The Lamar Canyon pack's response to the wolf hunt demonstrates both resilience and instability in the face of challenges. A reinstated buffer would return these and other wolves to being a protected research population and fully realizing their ecological role. In the meantime, scientists are actively studying the impacts of the hunt on wolf behavior to help inform wolf policy.

Learn more about Yellowstone's wolves and the impacts of the wolf hunt by reading The Carnivore Way: Coexisting with and Conserving North America's Predators, by Dr. Cristina Eisenberg. Learn more about wolf and large carnivore conservation by signing up for the Rewilding Adventure sweepstakes, offered by Island Press, or by joining Cristina afield on her Earthwatch expedition, Tracking Fire and Wolves through the Canadian Rockies.