The Salvation Army's charitable image is being challenged in a big way.

A woman in Roanoke, Virginia, is suing the organization in federal court for sexual harassment, claiming she was told that she was too attractive to work there.

Lisa McKinley told local TV station WDBJ7 that she worked at the Salvation Army's Red Shield Lodge for homeless men for nine months in 2013. Her boss, lodge director Mike Moffitt, continually referenced her looks and claimed they were distracting, even calling her a "Jezebel."

The uncomfortable observations began as early as her job interview.

“He kind of blurted out that he wanted to discuss the elephant in the room, which, he was [referring] to my looks,” McKinley told the station. “He was wondering how I was going to handle that in a shelter full of men.”

Despite the awkward interview, she accepted a position as a case worker. "She really needed the job," her attorney, Tommy Strelka, told The Huffington Post. "This is not a huge town. Good jobs aren't that plentiful."

The comments about her appearance and what she wore continued after she took the job, McKinley told the station. “Every discussion I had with him was all leading up to being closer and closer and closer together with him,” she said.

In April, McKinley filed a lawsuit against the Salvation Army National Corporation and the Salvation Army Roanake Va Corps, which was reviewed by HuffPost. The suit asserts that Moffitt and other employees regularly talked to her about her sex, attractiveness, dress and perfume choice; that Moffitt denied her more responsibilities because of her gender and looks; and that he claimed he was keeping his wife in the workplace so that his intentions toward McKinley would remain "appropriate."

The 48-year-old McKinley also accused Moffitt of telling other workers she was a "Jezebel" and that he had fallen "under her spell." He asked employees to pray for him, according to the suit.

After McKinley's "constructive discharge" from her job in 2013, a former co-worker texted her a photo of his penis with the words "MEAT. Let's eat," the suit alleges.

Moffitt did admit to saying McKinley had a "Jezebel spirit" in a declaration he filed with the Equal Employment Opportunity Commission last year, responding to an EEOC complaint McKinley made. Moffitt conceded that he discussed McKinley's attractiveness with her, but only because he was concerned she would be dealing with men who have "no boundaries," according to the declaration.

"Given what she experienced," Strelka said, "we have a strong case on all three counts."

A lawyer for the Salvation Army denied all the accusations to WDBJ7. In a statement emailed to HuffPost, the organization wrote: "At this time we are unable to comment on the matter. However, we do take very seriously all complaints and allegations made by our employees."

This story has been updated with a response from the Salvation Army. 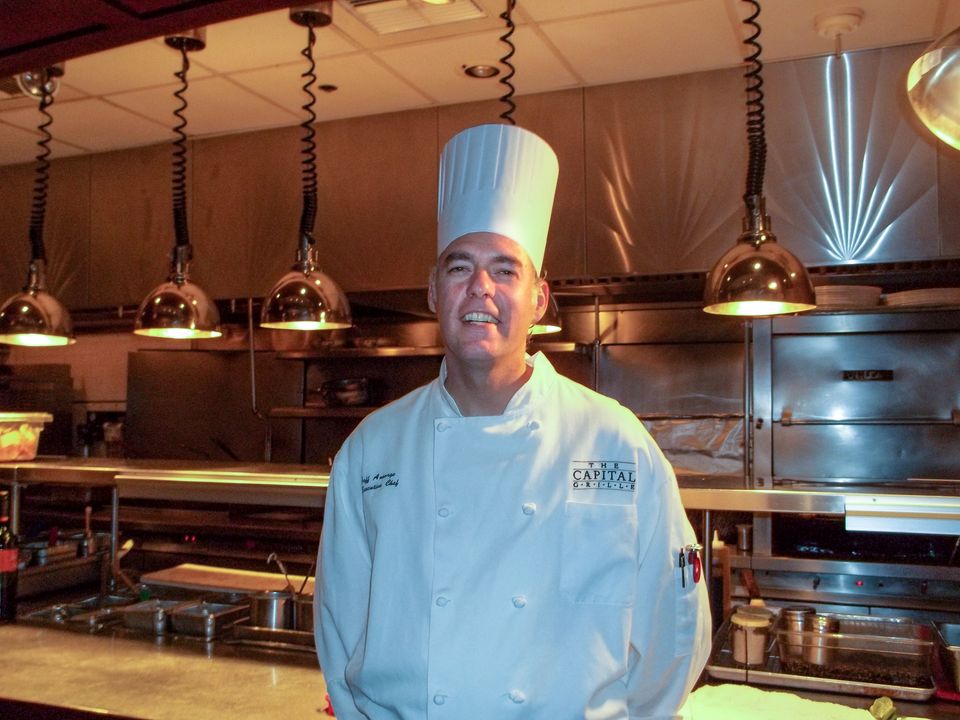 1 / 5
Jeff Ansorge
In this undated photo provided by The Capital Grille, chef Jeff Ansorge poses for a photo at the grill in Minneapolis. Ansorge, who used to command a staff of 17 at the posh downtown Minneapolis restaurant making nearly $80,000 a year, gave it all up to become the cook in charge of a Salvation Army soup kitchen where the meals are free and he makes a third of his previous salary. (AP Photo/The Capital Grille)
AP