An Albuquerque, New Mexico resident is currently wondering who has been using the side of his house as a porta-potty for the past few months.

The man who identified himself only as "Bobby" sent a home-security tape to local news station KOAT of what appears to be footage of a woman repeatedly relieving herself on the side of his house during her morning "runs."

Bobby claims that this "accident," which he describes as "malicious fecal distribution," has occurred at least four times.

Described to KOAT as "malicious fecal distribution", Bobby claims that this "accident" has occurred at least 4 times.

Hesitant to report this to police out of fear that they won't take it seriously, he sent the video to KOAT with hopes that it would embarrass the woman into stopping. The station aired the video this week.

If brought to justice, the poop-a-trator would not be the first person to get in trouble for allegedly defecating in the wrong place.

In January, police say Florida woman Brenda Schumann went on an armed rampage, then pooped on the floor because she found her husband in bed with another woman.

The same month, Florida man Gregory Matthew Bruni allegedly burst into a couple's home naked and not only pooped on the floor, but also assaulted a man, masturbated and drank the contents of a vacuum cleaner. 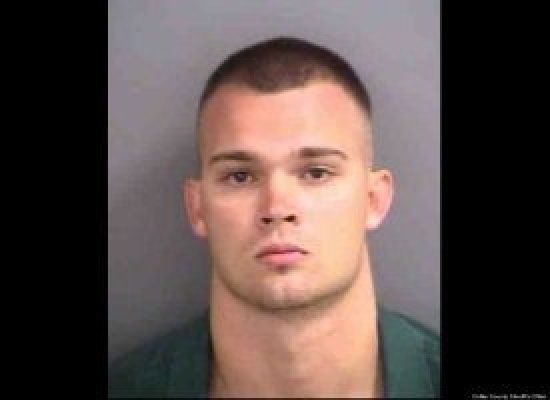