A 21-year-old woman was found frozen to death outside a Milwaukee home after leaving a party in subzero temperatures in just a pair of shorts, stockings and a tank top, according to a medical examiner's report.

Elizabeth Luebke's body was discovered lying on a sidewalk by a passerby around 9 a.m. Sunday, just hours after she was seen leaving a friend’s house one or two blocks away, according to the Milwaukee County Medical Examiner.

“When she got here, she was really, really drunk and she got mad at her other friend and she stormed out," a friend of Luebke's, who didn’t want to be identified, told Fox6 News.

At the time her body was discovered, the temperature was reportedly 1 degree below zero with a minus 22 degree windchill temperature.

According to the National Weather Service, skin can freeze within a minute of exposure to windchill temperatures below 20 degrees.

Glendale Police said surveillance video captured Luebke, a resident of Oshkosh, Wisconsin, walking down the street just before 4:30 a.m. when she collapsed to the ground. She was seen moving until 7 a.m., but wasn't discovered until later that morning.

There were no obvious signs of external trauma or injury to her body, and she had a blood alcohol content of 0.4, the medical examiner reported.

When Luebke didn’t return to the party that morning, someone called her mother, who then drove to Milwaukee and filed a missing person’s report.

Luebke had a history of binge drinking, and she was hospitalized in October after she was found unresponsive at a bar, according to the medical examiner.

Friends told Fox News that Luebke had been sober for several weeks. Last month a post on her Facebook page described her actively working to stay sober.

“I’m very happy to say that its been almost a month since I woke up and realized I didn't want to drink anymore. At all. And now I don’t,” it read.

A GoFundMe account has since been set up to raise money for her funeral expenses. As of Wednesday, it’s collected a little more than $300.

"Unfortunately Lizzy is no longer with us, and everyone is shattered by the reality. She was a kind and loving soul, loved [by] many people," the page reads.

PHOTO GALLERY
5 Of The Deadliest Weather Disasters Of 2015
Download
Calling all HuffPost superfans!
Sign up for membership to become a founding member and help shape HuffPost's next chapter
Join HuffPost

Woman Found Frozen To Death After Leaving Party In Shorts, Tank Top
5 Of The Deadliest Weather Disasters Of 2015 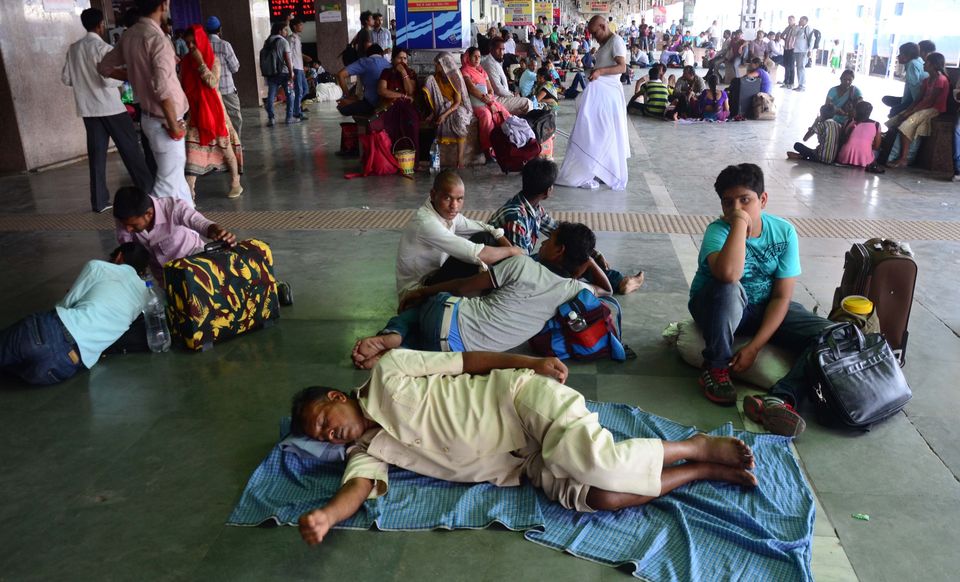 1 / 5
Heat wave in India
A heat wave in&nbsp;India in May killed about&nbsp;<a href="http://emdat.be/disaster_profiles/index.html">2,500 people</a>, UN data shows,&nbsp;largely&nbsp;in the southern states of Telangana and&nbsp;<a href="http://www.weather.com/news/news/india-heat-wave-photos-news">Andhra Pradesh</a>. With temperatures hovering around 120 degrees Fahrenheit for days, it's been declared&nbsp;the&nbsp;fifth-deadliest heat wave on record.<br><br>Many of the victims who died from <a href="https://www.huffpost.com/entry/india-heat-wave_n_7466292">dehydration and heat stroke </a>were poor&nbsp;farmers and construction workers&nbsp;who couldn't afford to stop working outdoors despite the dangers, as well as&nbsp;elderly people living in poverty.<br><br>The brutalizing heat <a href="http://abcnews.go.com/International/indias-deadly-heatwave-melting-roads/story?id=31341298">melted asphalt in New Delhi</a>, photos showed, turning road markings into a swirling mess.&nbsp;<br><br>In the photo above, taken during the heat wave, overheated passengers waiting for a train at Allahabad junction lay under the&nbsp;platform's shade.
Pacific Press via Getty Images