Over Christmas weekend, one photo of six women perplexed the internet.

The photo posted to Reddit on Christmas Eve is of a group of friends sitting on a couch and sipping beers.

At first glance, everything appears normal. It’s just a regular ol’ winter gathering at the home of a friend who is obviously a Green Bay Packers fan. No big deal.

That is until you start counting the legs-to-woman ratio. The third woman from the left appears to have no legs.

Hundreds of Redditors took on the original poster’s challenge to “find the middle girls [sic] legs.” Most people could only find five pairs of legs, but there are six smiling faces with torsos in the photo.

A lot of people believed the woman was simply “womanspreading,” with one leg draped over the friend to her left and one leg tucked under the woman to her right. Others believed that the woman farthest to the left was simply sitting on top of her own feet, hiding the bottom part of her legs from view of the camera.

One person even suggested the woman was simply a “couch-centaur.”

Eventually, Redditors got a little creative and started using colors to make sense of it all.

The picture created so much of an internet storm that “Fox & Friends,” after two days of discussing the phenomenon on national TV, did their own deep investigation into the photo.

Turns out the apparently legless woman, Anna Mantifel, was baffled by her lack of legs too.

“Essentially we thought we were taking a girls’ picture down here at our friend’s house,” Mantifel, who clearly does have two legs, told “Fox & Friends.” “When the picture was later posted to Facebook ... I commented, saying, ‘This is so weird. Where are my legs?’”

The six women re-created the viral photo for Fox’s investigation to provide a little bit of clarity to the couch conundrum.

“Once we kind of figured out Anna’s legs were missing, it also kind of looked weird by me, too,” Kelly McCarthy, the woman seated to the right of Mantifel, told Fox. “So it’s kind of confusing on this side of the couch in general.”

The woman farthest to the left ― let’s call her Friend 1 ― is wearing plain black jeans and her legs are crossed over, blocking McCarthy’s legs. McCarthy is also wearing black jeans, but hers are ripped at the knee, which can be seen popping up right above Friend 1’s legs.

Now, let’s all shut off our screens for the rest of 2016 and never look at this photo again. 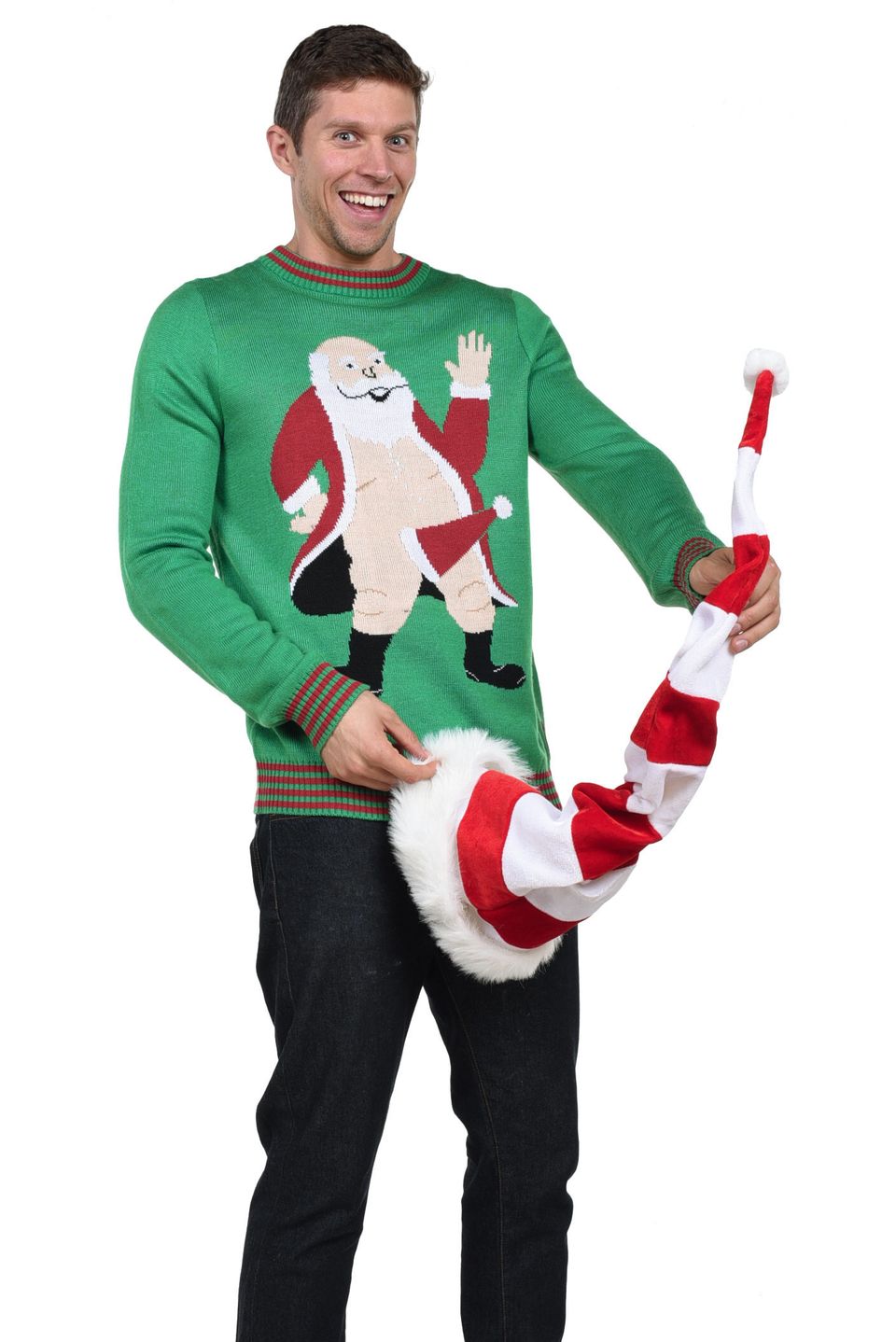 1 / 17
Santa's Got A Boner
Hats off to whoever designed this tasteful and elegant sweater showing <a href="http://www.tipsyelves.com/mens-santa-boner-sweater" target="_blank">Santa basically naked with nothing on below his waist </a>but boots and a strategically placed hat. You can't unsee this. Ever.
TipsyElves.com