A retired school teacher and animal advocate saved the lives of 100 dogs on Saturday after she paid about $1,100 to save them from an annual dog meat festival in the southern Chinese city of Yulin.

Yang Xiaoyun, 65, traveled about 1,500 miles from her home in the city of Tianjin to secure the dogs, Agence France-Presse reported.

Yang has been rescuing animals since 1995, when she pulled an abandoned kitten from a river. In 1999, she founded a dog and cat sanctuary known as the "Common Home for All." She has taken in hundreds of animals and has sold her home, relying on rented space to house them, according to a 2013 video about her work.

She prepares meals for the animals and calls them her "children," the India Times reported. Her shelter now houses almost 1,500 dogs and 200 cats.

Yang's selfless act in Yulin comes as international observers and activists continue to draw attention to the city's dog meat festival. Dog meat consumption does have a historical precedent in China, according to Peter Li, a China policy specialist at Humane Society International and associate professor at the University of Houston-Downtown, but the Yulin festival only dates back to 2009.

About 10,000 dogs are killed each year for the Yulin festival, which coincides with the summer solstice. Some of the dogs that arrive in the city have collars, reported the Daily Beast, indicating that they may be stolen pets.

Actor and animal advocate Ricky Gervais condemned the festival and said footage he saw from past years broke his heart. "I will never forget the look of bewilderment and fear on the faces of these poor animals -- the dogs and cats await a horrible fate," he said in a statement. "No animal deserves to be treated like this."

Yang reportedly wants to open another dog sanctuary, in Yulin. Check out more photos of Saturday's rescue below. 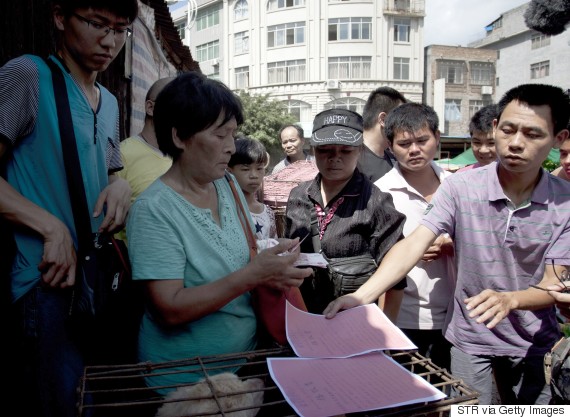 Yang is seen paying for some of the dogs on June 20. (STR/AFP/Getty Images) 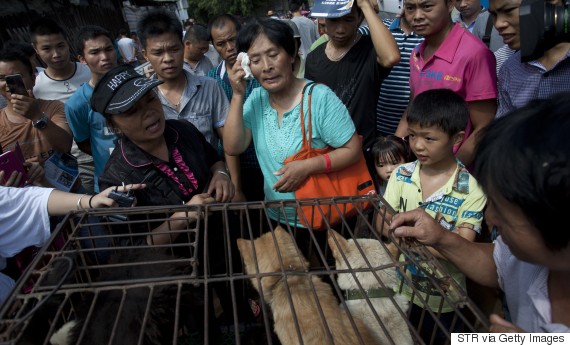 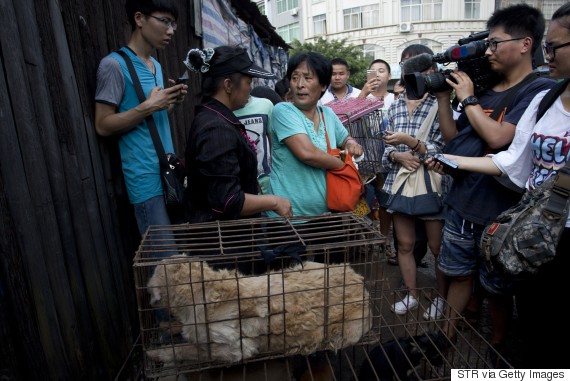 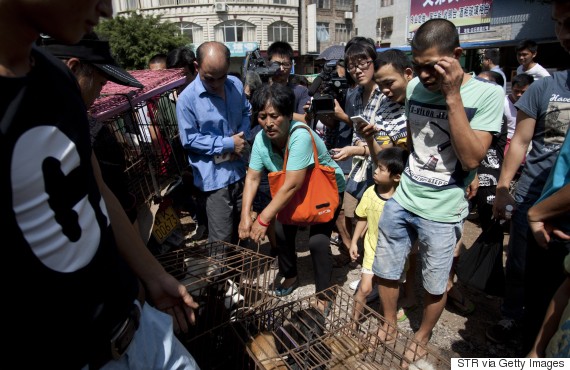