“I believe that Dan sexually molested our daughter,” says Gina about her ex-husband. “When Alexis was 2 ½, out of the blue Alexis told me that her dad gave her “owies [in her private parts]."

Gina claims she went to the police but says, “There was no physical evidence, so they said it was his word against hers.”

Dan is adamant that he has never molested his daughter and claims that Gina unleashed a campaign to destroy him after he broke up with her. “She wasn’t letting me see my kids, so I took her to court. That’s when she said, ‘Oh, by the way, he’s molesting his daughter,’” Dan says. “To hear those words come out of her mouth when everyone’s looking at you, it makes you want to crawl underneath a rock and just die. She decided she would use the kids as pawns to hurt me. The accusations completely destroyed my relationship with my daughter.”

Dan continues, “I waited for the last 15 years to clear my name, a chance to let my daughter know that I’m not the monster her mother has portrayed me to be, a chance to start healing our relationship and be in her life.”

“Did you or did you not molest your daughter?” Dr. Phil asks Dan in the video above.

“One hundred percent did not,” Dan replies.

After reviewing a timeline of events from back then, Dr. Phil asks Gina why she would willingly have her daughter spend time with a man she claimed molested their child, after she had first made the allegations. “As a mother, believing that this man molested your daughter, you consciously and knowingly continued to deliver her into his hands for four months,” he says. “You are the first mother, first, in 45 years, that has ever said, ‘My daughter is being molested by a man, and I’m going to deliver her into his hands for four more months,’ knowing what he is doing to her. In 45 years, this is a first for me. You are the first.”

“I didn’t want to believe it,” Gina says.

On Tuesday's episode of Dr. Phil, see what happens when Dan takes a polygraph. Will it help clear his name? And, find out what happens after the show, when Gina asks to take a polygraph. Check here to see where you can watch.

PHOTO GALLERY
Divorce Findings From The Last 5 Years
Download
Calling all HuffPost superfans!
Sign up for membership to become a founding member and help shape HuffPost's next chapter
Join HuffPost

A Woman Says She Believes Her Ex Molested Their Daughter; Why Dr. Phil Has Questions About Her Claims
Divorce Findings From The Last 5 Years 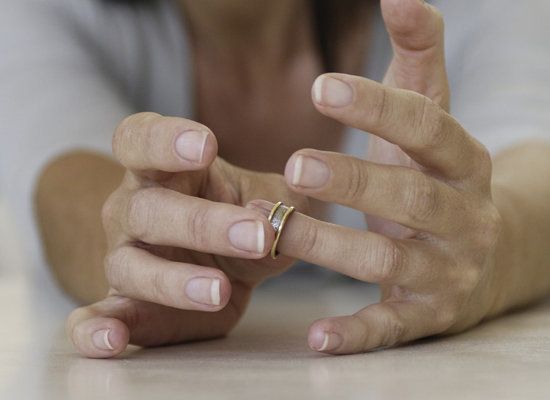 1 / 19
The Number Of Divorced Women In America Is On The Rise
The number of divorced and separated women in the U.S. is on the rise,<a href="https://www.huffpost.com/entry/divorced-women_n_3636650" target="_blank"> according to a July 2013 report </a>by Bowling Green State University's National Center for Marriage and Family Research (NCFMR). The report, titled "Marriage: More Than A Century Of Change," found that 15 percent of women in the U.S. are divorced or separated today, compared with less than one percent in 1920. Dr. Susan Brown, co-director of the NCFMR, <a href="http://ncfmr.bgsu.edu/" target="_blank">explained in a press release</a> that this increase is due in part to cultural changes. "The divorce rate remains high in the U.S., and individuals today are less likely to remarry than they were in the past," she said.
altrendo images via Getty Images