Just when we thought selfies couldn't get any worse (see funeral selfie and Chernobyl selfie) we see this: a woman taking a picture of herself with a suicidal man being rescued from the Brooklyn Bridge in the background.

The New York Post caught the woman in the "SELFIE-ISH" act on Tuesday, as rescuers helped the unidentified man off the bridge and down to safety.

When approached, the woman declined to provide her name, presumably because she realized her photo op was in poor taste, to say the least.

The Post made the editorial decision to publicly shame the woman on the front page of the paper Wednesday morning: 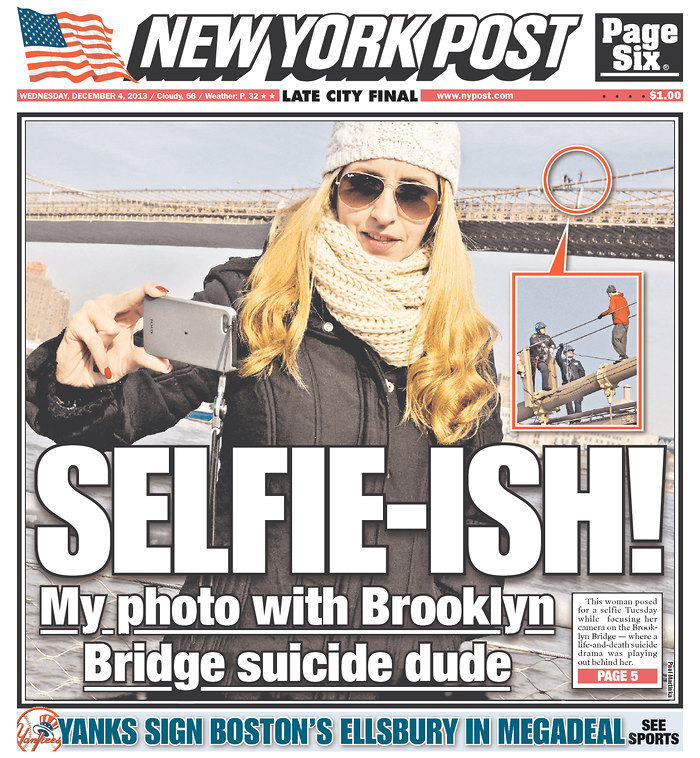