A spirited fling with an Australian ghost has ended up in true love for an Englishwoman. In fact, the ghost just proposed, and she wants the living world to know.

Amethyst Realm, 30, of Bristol, says she has had sex with at least 20 ghosts since she was a teenager but wasn’t looking for a new relationship when she went to Australia on a business trip.

However, she says that changed on a nature hike when she came into contact with an apparition and felt sparks like none she’s ever known.

Realm didn’t think it could amount to anything serious because she says spirits tend to stay in one place, but something amazing happened on her flight home: She felt the presence of her lover on the plane, and apparently not stowed in cargo.

“I couldn’t believe it. I was happy and excited — so excited that we had to do something about it. So we headed to the plane loo,” she told the Sun. “And, well, I am now a member of the Mile High Club.”

That was nine months ago and things have progressed to the point where Realm discussed her desire to marry and have her ghost’s baby on the British show “ITV This Morning” in August.

The paranormal proposal reportedly occurred last week when the couple took a road trip to England’s Wookey Hole caves, according to the New York Post.

“There was no going down on one knee — he doesn’t have knees. But for the first time, I heard him speak,” she said, according to the paper. “I could actually hear his voice, and it was beautiful. Deep, sexy and real.”

The couple are now choosing a ring but have not decided what kind it will be. Realm, supernaturally, is hoping her ring will have an amethyst in it, but she’s leaving it to her spirit lover to decide.

The couple plans to do a Pagan “handfasting” ceremony, in which their hands are tied together, symbolizing their connection, she said. “It’ll be somewhere in the English countryside. We haven’t discussed the details yet, but I think it will be quite a big do.”

Realm says the ghost’s energy is more feminine than a typical man but admits that, ”if you’re making love to a spirit, gender doesn’t really come into it.”

She added: “Ghost lovers tend to be more sensual and adept than the average bloke. There’s always more of a connection, because the sex goes beyond physical. It’s like any other kind of sex. The main difference is I just can’t see them,” she told Gloucester Live. 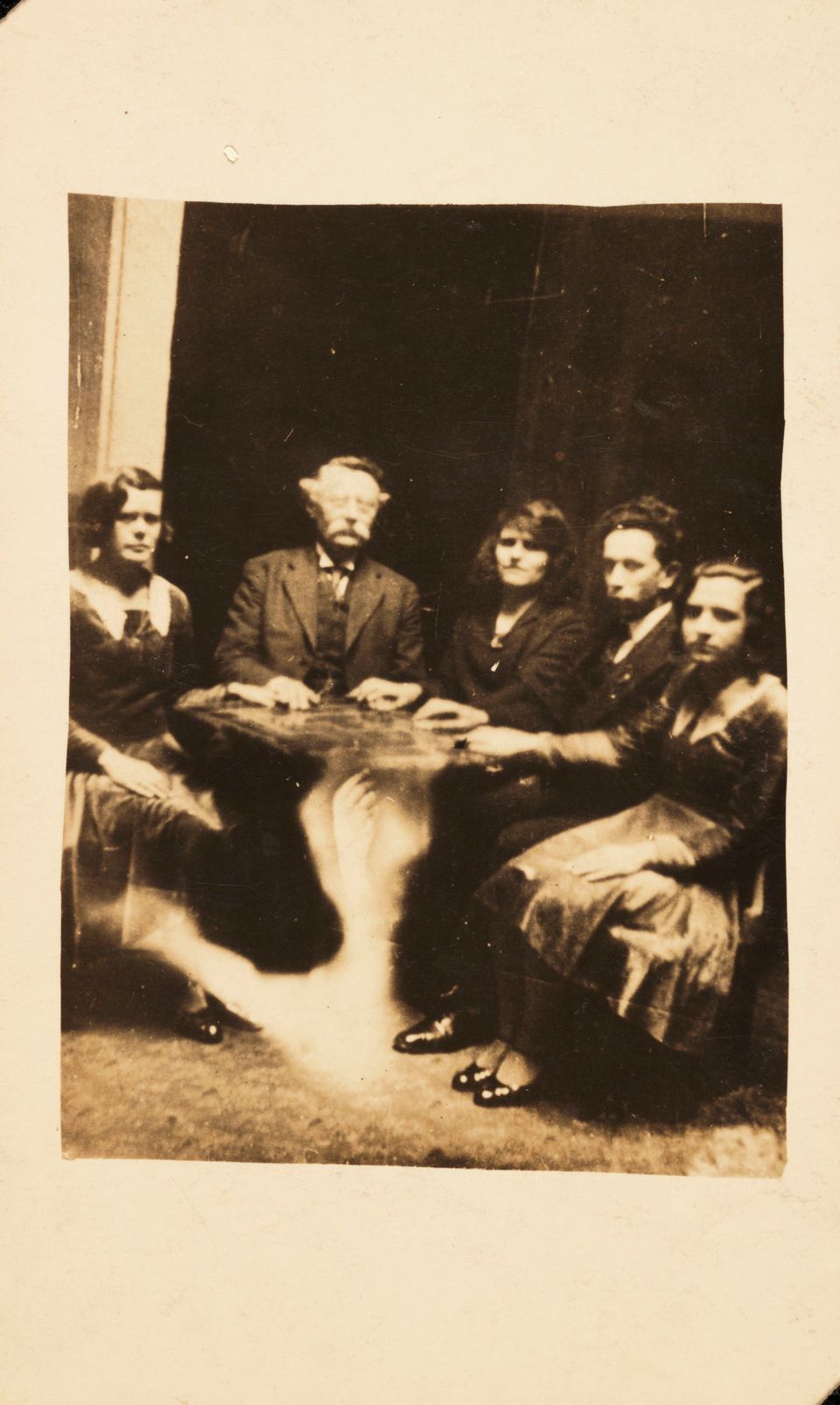