This woman’s honeymoon without her honey turned out to be a silly, zany adventure.

When Huma Mobin’s husband, Arsalaan Sever Butt, wasn’t able to go on the couple’s second honeymoon, she decided she’d still go. And though a husbandless honeymoon can be pretty rough, Mobin made the best of it by taking some hilarious vacay photos without her boo.

The pictures were recently shared on Facebook and boy, are they a hoot.

Mobin, who lives in Lahore, Pakistan, can be seen posing around Greece with her arm around her invisible hubby, clearly “distraught” over her missing love.

Just when you think her husbandless photos couldn’t get funnier, they do. The hilarious Mobin told The Huffington Post that she dropped her phone into the Aegean Sea during the trip. So of course, she had to take some husbandless/phoneless combo-pack photos.

Mobin told BuzzFeed News that because her husband didn’t get his visa in time and wasn’t able to go, she didn’t want to go either. But the trip had already been paid for so she decided to stick it out, along with her in-laws, and got to posing.

Her spouse ended up loving the photos, especially since he’d done something similar in the past when he was missing her presence.

“He went to Budapest earlier after our engagement and sent me an image with the hovering hand,” she told HuffPost.

But silliness aside, Mobin said that ultimately, she had a blast on the trip.

“I enjoyed immensely with my in-laws and went crazy,” she told HuffPost. “[I] saw everything, lived my holiday to the fullest.” 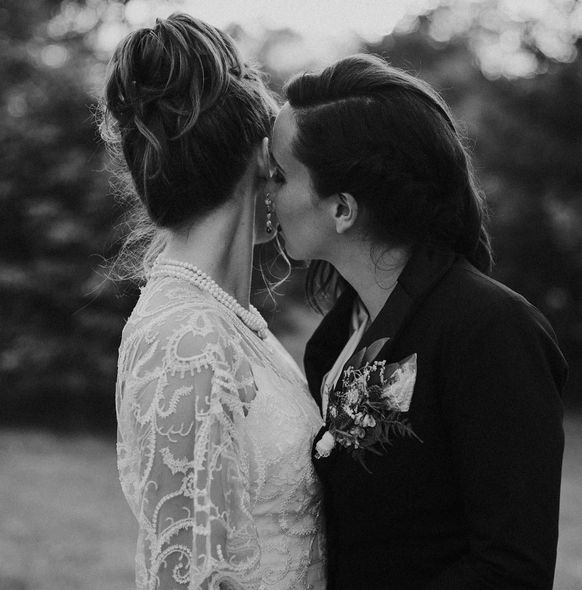 1 / 20
"The prettiest of brides. Honored to have captured Sarah and Jessica's forest wedding." --&nbsp;<i>﻿Jessica Craven</i>
Jess Craven Photography via Instagram