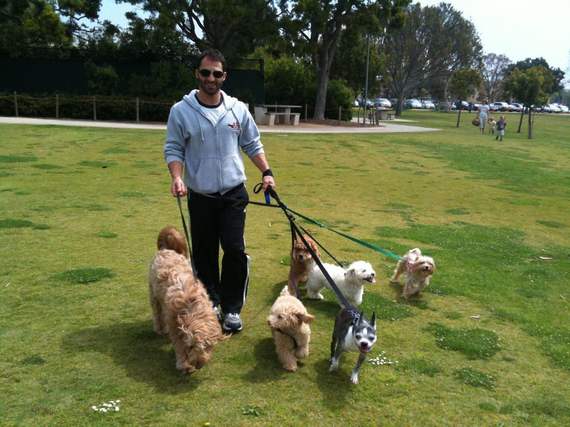 In companies that have scaled rapidly, the issues quickly become increasingly complex -- how to evolve the culture, figure out what to focus on, and structure operations? What is the magic elixir that will enable a company to grow? Aaron Hirschhorn, founder and CEO of Dogvacay, an internet-based platform that matches dog sitters and dog owners, is no stranger to these questions. Since launching four years ago, the company has grown from a handful of users to 25,000 hosts in 10,000 cities. In the last year, revenue tripled.

Hirschhorn sat down with Anna Shen to share some lessons on building a rapidly-scaling company:

1. Do not underestimate the power of connecting with mentors who you can share your feelings with, especially other CEOs. Hirschhorn is a member of the Young President's Organization (YPO), a worldwide network of 24,000 chief executives in 130 countries. This has given him access to other CEOs running on demand businesses in different verticals. "I had to seek external advice and I got a CEO coach - a 360 coach. It is humbling," he said. "You have to lose ego and be okay with the fact that things are not perfect."

Scott Mordell, CEO of YPO, notes the power of mentorship for leaders like Hirschhorn, something he has noted across his organization. "People need different inputs at different times. The idea is to create a community to share," he said, adding that mentorship from a trusted advisor is "the ultimate in one-to-one learning," especially since it is context specific.

2. As you scale, the culture, people and process must change. Hirschhorn said it is important to understand the cycle and path of a company's development. Dogvacay went from having an amazing product market fit from day one, to raising capital from the largest venture capital firms in Silicon Valley such as Benchmark, and now to revenue of tens of millions of dollars. "As you grow, the culture and processes must evolve. Of course, the culture of being in love with the dogs doesn't change, but putting in goal setting and new strategies help, along with financial and operating goals, which are tracked weekly," he said. As the company evolved, some people didn't stay. Others joined - they were highly analytical types who enjoyed seeing the growth rates quadruple.

Hirschhorn said that in most young companies, decisions go through the CEO, and Dogvacay was no exception. "I had inadvertently created a culture where all decisions came through me," he said. He learned to push responsibility farther down into the organization, allowing good ideas and initiatives to come from the bottom up not from the top down. "I became hands off and let others fail," he said.

3. Know that it will become hard, the nature of the problems will change and the stakes will become bigger. "Growing a business is hard work," said Hirschhorn. Early on, he had questions on whether the programmers could build certain features on the site, or answer customer service needs. "If you get past that, it is awesome and high class," he said, adding that the reality is that there is more pressure, and it is more challenging. There are more competitors, and scaling becomes harder, requiring more focus. "It is important to know that all companies go through this," he said.

4. Empower your team to help solve problems. As CEO, Hirschhorn used to hold things close to his chest. But as he looked at his strategy, he knew that he could not work through the issues and challenges alone. "Our whole team was the solution to drive growth. This meant that we pulled in whole executive team and direct reports -- we had offsite meetings, and had more research," he said.

5. Do not forget to use the most current tools to analyze your business. Hirschhorn put in place a "culture of data." Before data analysis he was "playing from behind." He realized he needed to invest in the infrastructure needed to analyze that data. He learned about the power of research: "I got information from all sorts of places -- from employees down to individual customer service. I asked customers -- the hosts and pet sitters too."

It is about being really open to get as much data, conducting town halls, taking customer service calls and opening up regular scheduling meetings. He hosted a "tea with top dogs" meeting, which gathered random people in the company to get feedback on Fridays.