This Sunday's New York Times piece by Gretchen Morgenson on the eerie connection between the percentage of women on leading public boards and higher CEO compensation is headlined, "When a board has more women on it, the boss may make even more money." I was excited to read it, since it was clearly yet another proof point that increasing the proportion of women, as with other forms of diversity, is good business. It takes up half of the front page of the Sunday business section. Big news! 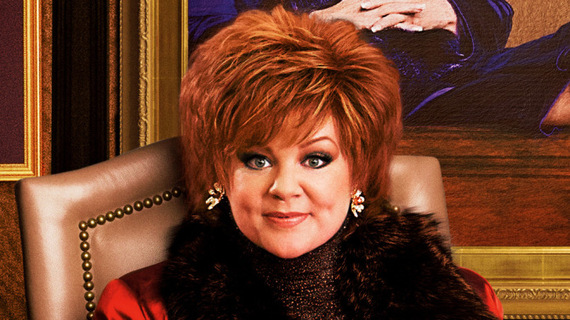 But Morgenson is after a different story, based on selective data, disheartening for my paper of record. For starters, she states at the outset, "I had expected women directors to stand tougher on pay issues" -- setting up the assumptions that 1) all CEO pay is too high at leading public companies; maybe, but she doesn't explore stock performance as a consideration, or anything else that would help us consider that in context, other than run her column next the actual take-home pay of the CEOs from the 200 largest firms; and 2) that women board members should exercise their authority -- their moral authority, as women? financial acumen, as women? -- around compensation issues, and, like Mom, be the disciplinarians. She finds a (female) expert on corporate governance to tsk-tsk with her, albeit in sympathy: "The culture of the boardroom is to vote yes. You want to stay on the board, don't you?" Does that sound like Meg Whitman or Ursula Burns to you, sitting in the back row and afraid to speak up? And isn't there a chance that the men newly appointed to boards also feel "under pressure to get along and go along?" Finally, how many women members of boards of the top 10 companies with the greatest gender diversity (having more than one-third women, 46 out of 124 total seats) actually serve on the compensation committee, the body that provides the informed recommendation on executive pay for the board to approve? Answer: 14, out of 46 (less than one-third); and the number of women on those highly diverse boards who chair the compensation committee? Two.

So even should women on public boards all agree that CEO compensation is too high, and exercise their know-better feminine instincts -- overcoming their natural tendency to go along, as women -- to say so, how much pull would they have with such under-representation at the compensation committee level? Morgenson concedes that this could be a factor, while writing that both chair women "declined to comment" on their roles in rewarding their CEOs (Accenture and AT&T) higher compensation than the median for the top 100 companies. AT&T is #38 on the New York Times list of highest-paid CEOs, Accenture, #114. Might other compensation chairs on that list have anything to say? We don't know, because she doesn't ask.

There's clearly a correlation that research company Equilar uncovered in finding that among the 100 largest companies they studied, 57 percent have boards where women make up more than a fifth of the members (a fifth being the average percentage of women directors at S&P companies); and that median pay among the CEOs of those companies vs. those with 20% or fewer women was some $2M higher. Might there be other firm characteristics, such as stock performance or talent retention, reflecting guidance from a CEO and board that pushes for greater gender diversity than those with different priorities? We don't know, because we don't go there.

She cites that most of the top 10 most diverse boards (6) paid their CEOs more than average; but 4 did not. Well, that's a majority. Macy's is at the top of that most-diverse board list, with 6 out of 13 board seats held by women. Its chief executive, Terry Lundgren, was paid $11.6M last year -- not even enough to make the rankings of the 200 highest paid CEOs on the list that the Times published. Is this an outlier example of women delivering on their natural promise to limit take-home pay?

Morgenson concludes the piece by saying that, for those who had hoped women who are directors would rein in executive pay, "the data indicates that gender diversity in the boardroom just doesn't translate into meaningful change." I suppose; but as Catalyst and seemingly countless others have said, gender diversity correlates into the most meaningful kind of change, which is improved business results. What the corporate world needs are more women, and more diverse, leaders. The assumption that they will all think alike defies the nature, and value, of diversity itself.

A version of this column appeared on LinkedIn