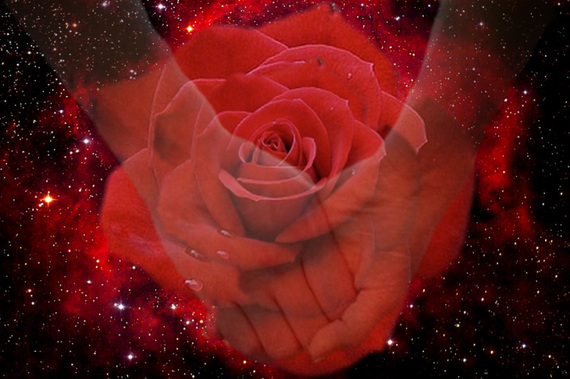 There is an extraordinary shift of divine providence occurring between the sexes. Finally, after many centuries of discord powerful accomplished women leaders and the visionary men who are their heroes are beginning to gather together in a way that honors both genders and encourages each to profoundly contribute to the other.

What makes this shift so remarkable is that the women pioneering it are not feminists operating in spite of men, but rather humanists collaborating in spirit with them. This evolution from feminism to humanism is leading the way with heart-opening teachings for both women and men to collaborate with one another, learn from each other and flourish together.

To quote Reverend Dr. Karen Tate, one of the world's leading "Sacred Feminism" activists when she was queried about such a humanistic approach, "These teachings are for anyone and everyone who wants a peaceful and healthy world and a better quality of life. This is for people who want to save the planet and be free or liberated from the oppression and domination of fundamentalism, patriarchy and predator capitalism."

The long history of injustices and inequalities perpetrated against women sparked a flurry of feminist movements at the turn of the century. These movements gained momentum in the 1970's and many continue on today. Yet for all the effort, the reality is that little progress has been made towards men and women coming into one accord and accessing the extraordinary synergy possible between them. In fact, many of the ultra-feminist organizations, (and particularly those that insist on exclusivity and placing blame on men) have actually created a deeper divide between the genders.

Some will argue that taking a forceful stance against patriarchal dominance is shifting the balance of power towards greater equality for women. While it may be true that women are advancing academically, assuming more C-suite positions and excelling in the science, law and politics, there are two important questions to we ought to ask ourselves. First, what is the cost to women as they become more man-like in order to compete in a male dominated world? And second, while it may be true that strides are being made toward greater equality, will achieving equality actually ensure deep abiding love and accord between the sexes?

It is wise to consider that just as attaining liberty does not ensure personal freedom, attaining equality will not ensure one accord between the sexes. So what is the difference between Equality and Accord?

- Equality is a measure of content and its quantity as compared to someone else.
- Accord is the measure of relatedness and its quality as it pertains to one's self.

Looking deeper into the word "Accord," from Latin ad- "to" + cor (cordis) "heart" literally means "to be of one heart," or "bring heart to heart."

This powerfully unifying definition illuminates the vital point that striving for gender equality does not address the root of the problem because establishing an equal measure between two hearts that are not fully open to one another only creates an equal measure of closed-heartedness. Whereas engaging in the sanctity of one accord brings a fully open heart to a fully open heart, thus evoking a deeply sacred unity between women and men that far surpasses what gender equality can accomplish.

"Striving for gender equality does not address the root of the problem because establishing an equal measure between two hearts that are not fully open to one another only creates an equal measure of closed-heartedness."

There is no doubt that striving for positive change in our outer world is important, but without transforming our inner world by coming into one accord with the wisdom and grace residing in our own hearts, our externally focused efforts will not be empowered to make a real difference. As an example, we human beings can live in an astoundingly beautiful external paradise, and yet because of our lack of inner accord, (which manifests as narcissism, aggression and greed) we can turn that beautiful paradise into an ugly penitentiary.

What this means is that our outer world will eventually mirror our inner world's state of well-being, and in fact this is exactly what is happening in our world today with the short-sighted policies that cater to greed and convenience rather than grace and conscience.

There is a fresh new movement of women leaders who understand the universal truth of "as within, so without" and as a result they have chosen to release their negative reactions against men and instead are coming into one accord with the sacred wisdom residing within themselves. As these women strengthen their inner spiritual bonds and deepen their self-love and acceptance, they are finding the confidence and clarity needed to reach out to other women, and to the men in their lives who are ready to bring about one accord between the genders.

Sound to good to be true? Perhaps, but the reality is that powerful women and the men who are their heroes are gathering around the world and pioneering the "Flourish Tribe" as you read this article. So where can you find out about this tribe? The best place to begin is within your own heart, for the moment a woman or a man opens to coming into one accord with their greater shared humanity, they become members of the tribe. From that point on, divine providence will faithfully show you the way. ~