There are few relationships more complicated than that between women and wine.

Mine started at the age of 14 in Italy, where I was gallivanting around Rome, Florence and Venice on a not particularly well-supervised spring break trip through my high school. In the evenings we were allowed to go off on our own for dinner, and being American teenagers in a foreign country where the drinking age is a loose suggestion and fermented grapes are practically a national treasure, we ordered wine. Lots of it.

At 14, drinking wine feels like a small, sophisticated rebellion. It's classier than stealing your parents' Wild Turkey from the basement and trying to mix it with orange juice (spoiler alert: not a great combination), but still produces the desired tipsyness and slightly lowered inhibitions. As I grew up, my drinking habits did as well.

Wine became a staple of "girls nights" and conversation-heavy dinners during college, and office happy hours once I joined the workforce. When I moved apartments in May, the home decor purchase I was most excited about was the wall-mounted wine rack, which my roommate and I always have stocked with Trader Joe's prosecco, pinot grigio and vinho verde. After a stressful day, I love dipping into our supply while sitting at the dining room table rehashing the previous 12 hours with my roommate. With a few sips and some conversation, my anxieties seem to lift.

As someone who is solidly a part of the generation of women who watched "Sex and the City" a good 15 years before entering their 30s -- and as someone who aspired to be one of those fabulous New York ladies who had deep conversations with her girlfriends over drinks -- I've always seen wine as primarily a means for connection and relaxation. It's also always struck me as a very female ritual. (An idea, of course, happily perpetuated by marketers.) Over the last few years, the "ladies drinking wine" trope has inundated the popular culture. A glass of wine is Tami Taylor's nightly ritual, Maya Rudolph tells Kristin Wiig about her engagement at their "magazine and wine party" in "Bridesmaids," and the "Cougar Town" crew guzzles it on such a regular basis that when Courteney Cox's character, Jules, decides to abstain for a few days her best friend tells her: "Nothing could ever make me stop loving you, except you not drinking." 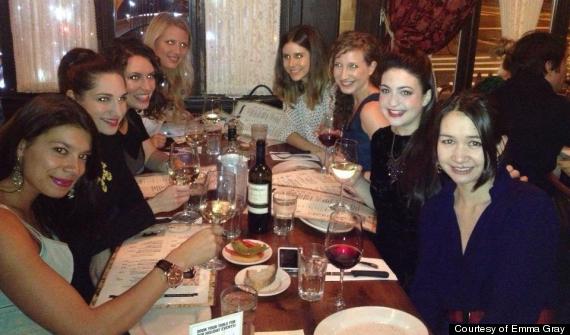 Wine means different things to different women. It may make us feel beautiful, or be what helps us calm down or open up or connect with our peers. Often women's emotional connection to wine is benign and positive, but as with any substance, there is a darker side to the daily rite. And whereas no one would hesitate to declare that someone who was kicking back glasses of vodka on the rocks every night had a problem, doing so with wine seems more harmless and is unquestionably more socially acceptable.

Over the last decade many female writers have discussed the way alcohol -- and wine in particular -- has become a way for women to get through the day, especially when that day includes an increasing number of tasks and roles and the pressure to complete them all with a smile on your face.

"Whether the effect is physiological or psychological, a glass of wine calms me: Okay, I can handle this if I just have a drink first," wrote Laurie Abraham in an essay excerpted by Elle in 2006. "A drink is the modern (time-worn) 'mother's little helper': our generation's answer to Valium." And the head of the women's addiction program at Toronto's University Health Network told The Daily Beast in October 2013 that the one common thread she sees among the professional women who enter her program is "perfectionism." Wine companies have exploited this truth and begun crafting marketing campaigns that explicitly address the stresses that working mothers feel. In 2012 the New York Times reported that wine brand Cheateau Ste. Michelle introduced an ad campaign targeting women, which included the copy: "It's where you become you again -- not mom, not colleague, not chauffeur, cook or cleaner-upper."

I think the temptation to self-medicate exists not just among mothers -- I have yet to become part of that demographic -- but also among unmarried, 20-something working women (and men). A sentiment I hear echoed often amongst my peers is that we drink more now than we did in college. (At least more frequently if not more quantity-wise.) Often this drinking is used as a way to cope with post-collegiate uncertainties -- at work and in our love lives.

A few months ago on a Sunday I woke up feeling incredibly anxious for no particular reason. As morning turned to afternoon and my entire body was still in overdrive, I made my way to the roof of my building with a neighbor and proceeded to drink a half a bottle of my favorite white wine. It was only after I stood up and went back to my apartment in the early evening that I realized I was drunk. There was absolutely nothing glamorous or relaxing about stumbling into bed and passing out at 8 p.m., only to wake up Monday morning with a pounding headache. I know I'm not the only one of my friends who has had an experience like this.

I still maintain that sipping a glass of wine with friends is one of life's greatest pleasures. The ritual nature of an after-work drink is both what makes it so comforting -- and potentially dangerous. I want my love affair with wine to be slow and steady. And like any romance, I want to want it -- not need it.

HuffPost Women wants to continue the conversation about women and wine. What's your connection to it? How do you use it and where do you draw the line? Email women@huffingtonpost.com if you have a story to share. 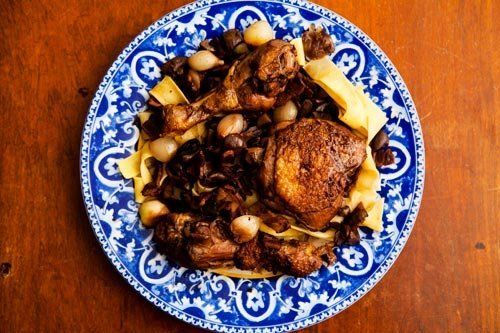