Governor John Kasich caused quite a stir Tuesday at a presidential candidate forum when he said "women came out of their kitchens" to help him get elected early in his career. His presidential campaign spokesman dismissed the remark as meaning the campaigns were home grown affairs "run out of his friends' kitchens." If that small slip into sexism was telling, it wasn't nearly as insulting to women as what followed.

A young nursing student reminded the candidate that Planned Parenthood's largest percentage of services are for STD treatment and prevention. She then asked "Could you please tell me the economic and public health benefit of defunding an organization that has treated of four million people for STD services just in the past year?" Kasich began his answer with a falsehood, saying Planned Parenthood had "discredited itself."

Wait a minute governor -- you've got that backwards. The organization that deceptively accused Planned Parenthood of "selling body parts" has not only been discredited, the leaders have been indicted for deception. At the same time the Harris County grand jury absolved Planned Parenthood of wrongdoing in the made-up, made-for-Republican-candidates "scandal." And by the way, according to Forbes, the bill Kasich 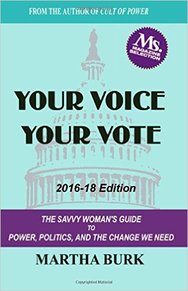 just signed to defund Planned Parenthood will actually deny services like cancer screenings to over 50,000 Ohio women. That's because Ohio law already prohibited using the money for providing abortions, so that $1.3 million would have gone to other life-saving services.

It got worse. Kasich then had the gall to claim "We have robust women's health funding in Ohio" and quickly pivoted to the issue of infant mortality. Infant mortality is important, but this was a classic case of ducking the question. He emphasized the greatest "hot spots" of infant mortality are in minority communities and "we're going to crack that as well" -- apparently meaning his administration hasn't quite gotten around to it.

Moving on, he skipped the rock across the original question again, with two-word phrases on early childhood and day care. And the pay gap - sort of. He said "women have to be in a position of flexibility in the workforce so they can gain the experience and wages men have." Translation: You girls just don't have the experience men have, and that's what causes the pay gap. No discrimination involved. Just be more flexible. Then, as if the mere fact would seal the deal with female voters, he threw in that he has a wife and two daughters.

Finally returning to the original question, Kasich ended by saying if he is elected president "we will robustly fund issue of women's health and give the states flexibility to deliver it however they think they should." Great. That means block granting Medicaid, and the flexibility he so reveres would mean cutting off services for mammograms and std testing, instituting unaffordable co-pays, and ending birth control services if state legislatures want to spend the money some other way.

Sorry, John. Female voters are listening carefully -- very carefully -- and women are not stupid. They know doublespeak when they hear it, and they just got an earful of it from you.