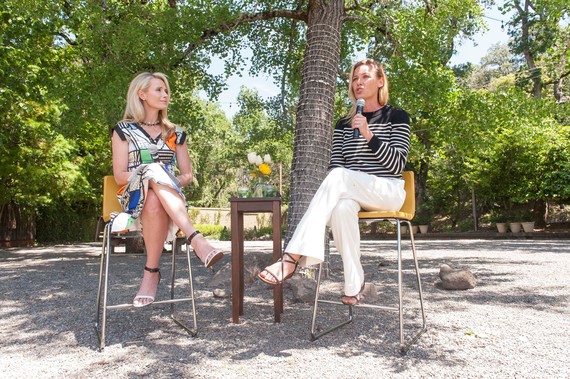 Last week I had the great privilege of attending The Representation's Project's kick-off event hosted by founder and filmmaker Jennifer Siebel Newsom. The event, which was part Mother's Day Tribute and part a coming together of supporters from throughout the Bay Area, was the start of a broader national conversation series on gender equality, the media's influence on young people and how collectively we can promote human rights so everyone can realize their full potential. An ambitious and essential conversation series that hits on a number of uncomfortable issues that for too long have largely been deflected and ignored in American society. That is until Siebel Newsom released her first film five years ago focused on the media's impact on girls and young women, MissRepresentation, and then last spring a companion film focused on boys and young men, The Mask You Live In. Both films are provocative, educational and disturbing when you look at the full impact of media consumption and the pervasive effects repeated negative stereotypes have on young people. Bringing these issues to the surface, educating our communities and leveraging film as a catalyst for galvanizing voices and inspired action though is what Siebel Newsom and her team at The Rep Project do best. For this first conversation, Siebel Newsom engaged one of her personal mentors and friends, Connie Nielsen, known for playing kick-ass female roles in The Devil's Advocate, Gladiator and most recently in the forthcoming Wonder Woman film as Queen Hippolyta, Wonder Woman's Mother and Queen of the Amazons in Greek Mythology. 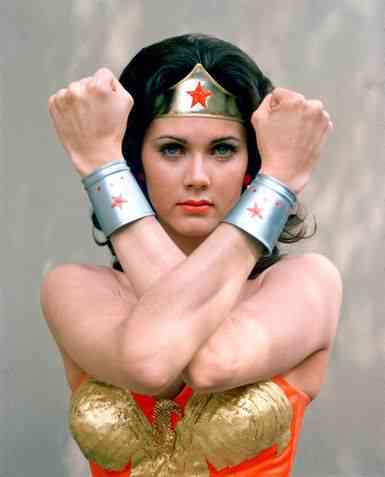 With Wonder Woman re-imagined for a new generation and coming to film next summer, Siebel Newsom opened the conversation by sharing some recent stats on female representation in the media from USC's Annenberg School. For all the gains women have achieved since Lynda Carter made Wonder Woman an icon in the late 70s, strong female lead roles and parity is still a long way off whether women are in front of or behind the cameras.

Siebel Newsom and Nielsen then shared stories from their personal experiences as working actresses in Hollywood where strong female characters are few and far between and there is a growing call to change the images and the narrative surrounding female power. Nielsen, who has been fortunate to play some incredibly powerful women on screen, shared how she prepared physically and mentally for the Wonder Woman role as Queen Hippolyta. "I enjoyed feeling physically strong and powerful. And in my research of the women warriors throughout history, it is incredible to see how brave and resilient they were. They knew how to defend themselves and trying to recreate that spirit in my character gave me a tremendous sense of empowerment." Nielsen continued to warn that "Too often women are judged for being physically strong, as if that very strength is somehow counter to our femininity and sexuality. We should own our strength and change the way we talk about it in our homes, with our children and in our communities." Siebel Newsom and Nielsen also shared how important Motherhood was in shaping who they are, how they approach these issues, and why they have such an urgency about sparking a broader national dialogue around equality and media literacy.

It's Not About Us -- Getting This Right for Future Generations

What became clear from the exchange between these two accomplished and inspiring women was that there is positive change afoot and new ways of discussing and displaying female power are emerging slowly but surely -- new narratives at every level of society which are empowering and more realistic to the numerous, complex roles modern women warriors play in their lives every day. We should collectively embrace, emulate and promote these new warrior narratives if not for ourselves but for generations of young women and girls to come. In the same week that bathroom equality issues in the US dominated headlines and Calvin Klein released a disturbing new ad campaign making Up-Skirting a thing, Jennifer Siebel Newsom and The Rep Project launched a Sisyphean effort to change how we view equality and human potential. We should all find ways to support and extend their educational efforts in whatever way we can in our homes, schools and communities.

When I was little, like Siebel Newsom and countless other little girls born around the same time, I wanted to be Wonder Woman. I remember the feeling of putting on my Wonder Woman pajamas and making the famous crossed arms pose feeling all powerful, strong and courageous. I have carried that feeling, that image, with me throughout my life and even though I grew out of the pajamas, remembering those strong role models like Wonder Woman have made all the difference in the fearless way I've pursued my life and career. I want that for my own daughter and children everywhere, boys and girls, to feel they are powerful, courageous and can do and be anything. Role models matter. What we see and hear and digest on a daily basis from the media to those around us matter. Each of us is in a position to make small changes in our daily lives that break down negative stereotypes and promote the potential of all human beings. Our children deserve better and are counting on us to get this right. Join us.