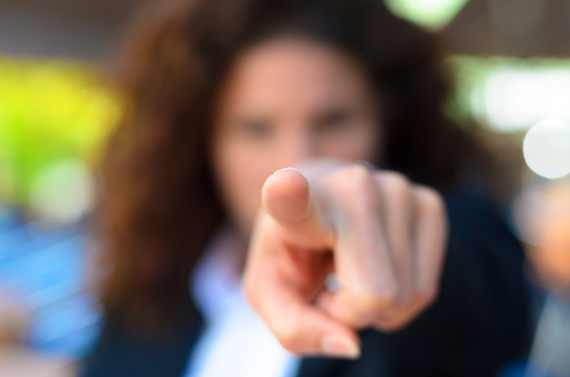 Women's voices are rising. Are we at a flashpoint address workplace inequalities?

The tipping point is that magic moment when an idea, trend, or social behavior crosses a threshold, tips, and spreads like wildfire. - Malcolm Gladwell

The Start
Since 2000, women have been actively working to advance in the workplace -- building on the women's movement of the 1970s. Today, an entire generation of women is sitting one level below the executive level and a flashpoint is coming; and most of corporate America is not ready for the change.

A women's collective started to build. They have attended workshops, seminars, and conferences. Many companies started women's business resource groups, created mentoring programs, had reading circles and followed a wide variety of advice about how to move women out of pink-collar jobs and into management. And women have been getting more education than men, with women currently getting 45% of MBA's, 58% of Bachelor's Degrees, 60% of Masters and 47% of JD's.

Gaining Momentum
The pace of change began to accelerate in 2008. Many more men lost corporate positions to women, and few recall that 2008 was known by some as the mancession. What went unnoticed in 2008 was the first wave of retiring baby boomers. Since 2008, 10,000 boomers a day (largely white men) have left the workforce. This trend has continued every day of every year since 2008 and will continue for 10 more years until all of the boomers have left.

The Department of Labor reports that even in a slow growth economy, roughly 20MM new jobs will be created with 32MM jobs being vacated. This leaves 52MM jobs to be filled. However, there are only 29MM new entries coming into the workforce leaving over 23MM jobs to fill. Most of these jobs are knowledge-based jobs, and with women being among the better-educated group of new entries into the workforce the vast majority of jobs will go to them. The same will be true for promotions as millions of middle managers leave.

Additionally, women's voices have also been rising since 2008. Led by a groundswell of multiple forces from Sheryl Sandberg, The White House Pay Equity Pledge, Paradigm for Parity to the ousting of high-profile corporate executives for sexual harassment, a day doesn't go by that women and gender equity topics aren't in the news.

The Flashpoint
Women's voices began galvanizing after the November election. The Women's March on Washington (WMW) started as a scrappy idea and is transforming into a movement that now includes Women March Global (WMG). According to organizers, 370 national and international marches will take place on January 21, the day after the U.S. Presidential Inauguration -- with marches in an estimated 80 cities in 40 countries across six continents.

Though largely driven by social policy issues, the march is going to serve as a flashpoint for women to collectively demand change. Noteworthy for corporate America are two principles of the Women's March on Washington's:

There is one word that scares companies to death - transparency.

Is Your Company Ready to Demonstrate Transparency?
The pay equity gap in this country is real. If you want proof then ask the company you work for. To date, only 100 employers have signed the White House Pay Equity Pledge stating they embrace equal pay policies and commit to conducting an annual company-wide gender pay analysis. What do the other companies have to hide? Why aren't all Fortune 500 companies stepping forward?

Women are going to start demanding transparency in recruitment, retention, and advancement and most companies HR systems cannot pass the test of transparency. Worse, most senior leaders are not even aware that this is going to happen.

The Women's March on Washington is going to start the fire. It will gain momentum in February when organizations will have to start having more meaningful conversations for Black History Month. Given the rhetoric coming out of Washington regarding race relations, February will only fan the flames going into March.

March 1 marks the start of Women's History Month. Most companies typically bring in a speaker and "celebrate the accomplishments of women" while still not demonstrating pay equity and taking any meaningful actions to advance women. Most of corporate America will try to ignore this fact but the conversation is not going away, it is only going to accelerate. The flashpoint that begins in January will ignite into a wildfire that most of corporate America is not ready to address.

As a CEO, or as a business leader ask yourself one question -- can I honestly say to myself, that my company, my leadership team and my organization is ready to have a meaningful conversation regarding women? I certainly hope so because a tipping point is coming!

Is your company ready to have meaningful conversations about women, gender pay gaps, bias, and inequities in the workplace?