Who said a woman can't rock a good mustache? We've got photo evidence to prove ladies can get creative with facial hair -- even when it's not even theirs.

For the second year in a row, dozens of participants flocked to the Los Angeles Beard and Mustache competition to show off their their 'do's and have a little fun, the Los Angeles Times reports. Among the hairy crowd were some fearless females hoping to snag a winning spot in the Whiskerina category -- a faux facial hair competition for women.

According to the competition's website, the Whiskerina category urges female contestants to be creative and "show what the good lord neglected to give you and show us what could have been."

And women wasted no time using their imaginations and items like rope, feathers and flowers to construct the perfect beard and mustache.

In the end, three ladies -- Killo Kitty, Emily Abravaya and Lindsay Stinner -- outshined the competition to earn the top three spots in the category, according to the Times.

Hosted by the Los Angeles Beard and Mustache Club, the event took place at the Belasco Theater in downtown Los Angeles on Sunday, June 24.

Members of the L.A. Beard and Mustache Club have even competed in the World Beard and Moustache Championship.

Take a look at some of the awesome facial hair-styles below, and keep an eye out for those funky feminine beards! 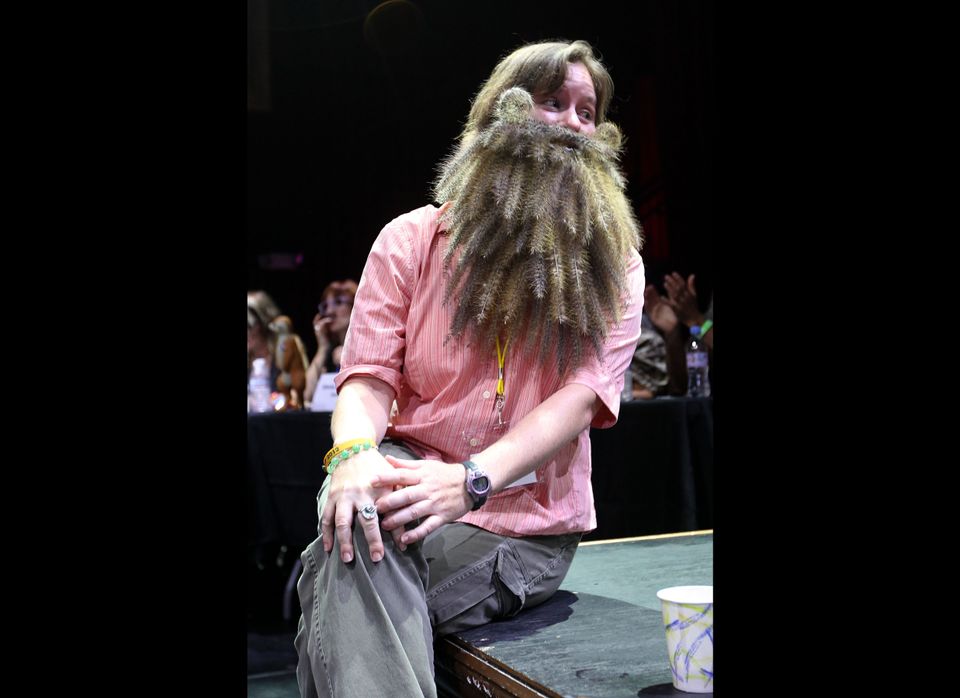 1 / 10
Los Angeles Beard and Mustache Competition
The second annual Los Angeles Beard and Mustache Competition held at the Belasco Theatre in Downtown Los Angeles, California. It was a facial fuzz frenzy as men - and women - took to the stage to show off their hairy efforts. With categories varying from "Business Beard" to "Freestyle", there was something for everyone. Not the be left out, women were invited to make their own beards and enter "Whiskerinas". Backstage, men and women took time to groom before taking to the stage and facing the crowd and a barber was in place for any last minute adjustments. Entrants had come from as far as Utah and Massachusetts.
Splash