The next time someone sends you a "you're so hot" opening line on a dating app, try simply saying "Yeah I am." That's exactly what one college student started doing, and she got some... interesting reactions.

Claire Boniface, a 20-year-old student, began conducting a social experiment she called "agreeing with boys when they compliment you." Rather than profess thanks and gratitude to suitors offering compliments via online dating sites, Boniface politely agreed with them.

"I was curious to see how the people that messaged me would respond," Boniface told The Huffington Post. "Often when I get messages on that site simply complimenting me I just ignore them because the compliments are never sincere and I see no reason to respond, so I thought I would try out a simple response of 'yes' and see what would happen" She quickly found out that most dudes did not like this.

Boniface shared a few of the reactions she received on her Tumblr page: 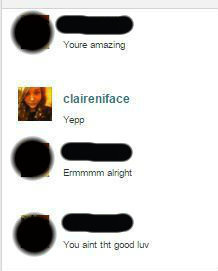 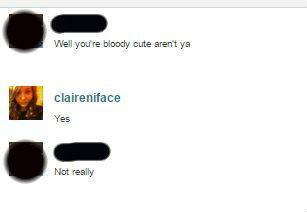 Boniface said she thinks that the negative response might have "a lot to do with how some men believe that they have the power to tell women what they are, without considering that women have already acknowledged this themselves."

"Retracting the compliment seems to be sort of a confused response," she said. "They don't know what to do when a woman isn't grateful for their comments and so they take away the compliment as if this will change anything."

Gweneth Bateman, an 18-year-old from the U.K., shared Boniface's Tumblr post with her 66,700 Twitter followers. Bateman told The Huffington Post she wanted to introduce the experiment to her following because she thought it made an important point about how women are treated on the Internet.

social experiment: whenever a boy compliments you, agree with him. pic.twitter.com/rb8S4VQMCj

Bateman then began responding to her own "complimentary" messages in a similar fashion, including those received through Twitter direct message, Facebook and texting. She also received hostile reactions. Below are a few of them, which she provided to HuffPost: 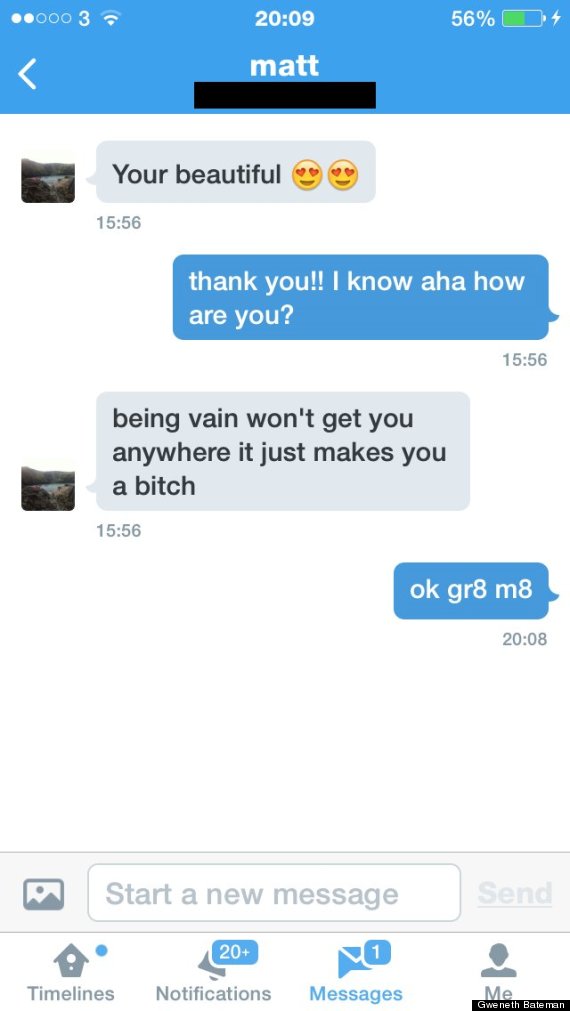 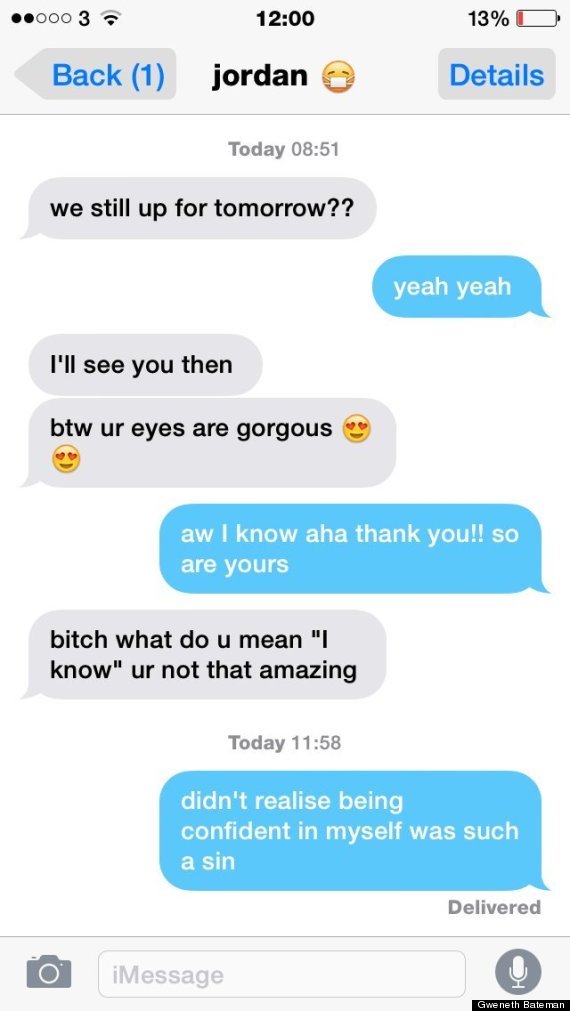 "Many responses state how 'vain' and 'conceited' I was for agreeing with their compliment which I found baffling," Bateman said. "Why give me the compliment in the first place if you didn't want me to believe it? I feel that some boys believe that women should base their self worth off of the compliment that they feed to them, and as soon as a woman realizes that she's awesome without their help they get incredibly angry."

why is it okay for you to tell a girl she's pretty, but as soon as she believes it she's "full of herself" and "vain"?

One guy did pass the social experiment with flying colors, though: 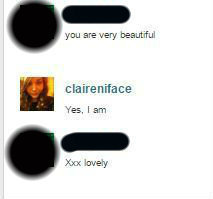