A survey of the demographic breakdown of men versus women on 19 social networking sites found that for the majority of social media sites studied, female users outnumber their male counterparts.

Here are a few of Pingdom's findings:

Here's a graph illustrating the gender breakdown of men and women across all 19 sites: 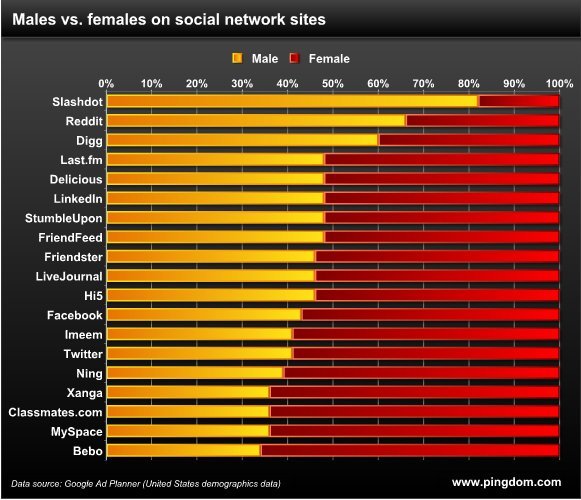