Last week Rex Ryan and the Buffalo Bills hired Kathryn Smith as the special teams quality control coach. Jon Gruden, Eric Mangini, Tony Sporano and Todd Haley all are former NFL head coaches and all started in the very same entry-level position as Smith. This isn't the first female to hold a coaching position in the NFL but nevertheless, the hiring sparked outrage amongst some sports talk radio shows. 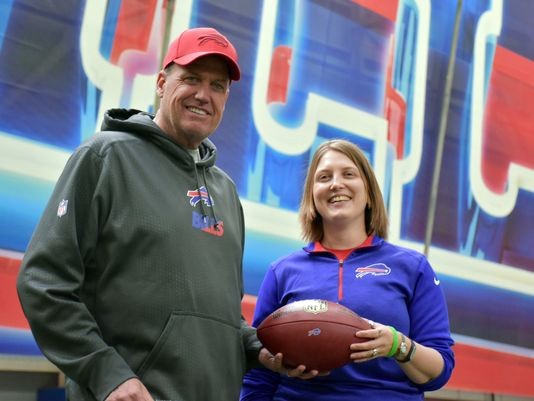 In particular the hiring of Smith drew the ire of Kevin Kiley, host and "voice of reason" for the morning radio show on The Fan in Cleveland. His banter on the hiring of Smith lasted 13 minutes and was filled with degrading and demeaning statements towards women. I hope this tirade was designed to move the ratings needle after another miserable Browns season and not an example of the hostility the host has towards women. The Browns hiring a new head coach, the ongoing drama that is Johnny Manziel and the Cavs being the best team in the Eastern Conference of the NBA were all fertile sports topics for Kiley to discuss on his show. Instead, he chose to be outraged at the Bills hiring a female coach so unfortunately, these are most likely his true feelings.

To impose your physical will on people according to the argument set forth by Kiley is essential to being qualified to coach in the NFL. Kiley believes that football is about physical advantage, making those who can't impose their physical will on people, in this case women, at a loss to the reference points of the game. You might wonder what qualifies Kiley to make such statements. He played in "obscurity" at Wyoming, made it to the final cut for the New York Jets in 1974 and played one year for the Chicago Fire of the World Football League. Clearly from his significant playing experience he understands the game of professional football at a very high level. Without question he has a football acumen that would be impossible for a woman to attain because she has never played the game.

This article wasn't intended to give even more publicity to Kevin Kiley or anyone in sports talk radio who questions the ability of a woman to be a professional football coach. It was intended to highlight women within the world of sports. As fans, media and coaches women make a significant contribution to our enjoyment of sports. In 2013, I went to every NFL stadium in 16 weeks using my 1967 VW Bus to film the documentary 25,000 Miles to Glory. I wanted to experience what it was like to be a fan of each team in the NFL. During our trip we interviewed over a hundred fans and the most surprising thing about the interviews was how passionate and knowledgeable women are about the game of football. We interviewed Karen Ford in Cleveland who spoke eloquently about the history of the Browns and how much she loved "the sound of football." In Baltimore there was "Purple Dame," in Dallas there was Shelby Kelly and in Tampa there was Cheryl Stewart who said, "who flies the colors when you go 0-26? We do!" Her point was that she'd been a fan since the franchise began their history with 26 consecutive losses. I would be confident in any of these women hosting their own sports talk radio show.

The stereotypical bombshell, female sideline reporter who knows how to look good on camera but adds very little for the actual fan watching the game is starting to become a thing of the past. A fad that has seen its time and is now being cast aside in favor of females that add substance to the sports world. Bonnie Bernstein is a veteran of sports media and in my opinion should be considered the gold standard for women in sports. She is now the Vice President of Content and Development for Campus Insiders. Before her latest position she spent significant time on ESPN, FOX, MSNBC and NBC. Never once I have ever questioned her qualifications or her knowledge of sports because she is a woman. 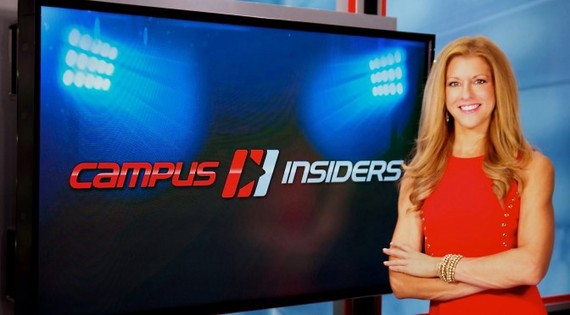 Recently, ESPNW began airing The Trifecta, a sports talk radio show hosted by three women, Sarah Spain, Jane McManus and Kate Fagan. The show isn't a gimmick. It's listeners gain relevant insight into the sports world from three very talented, intelligent and knowledgeable members of the sports media that just happen to be women. Sports talk radio that is dominated by male blowhards who rather hear themselves talk or think of themselves as comedians now have competition. 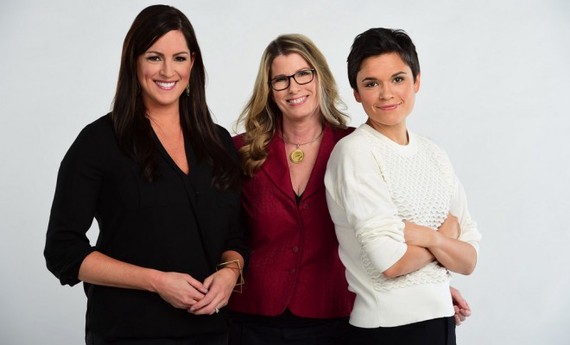 The same can be said for the world of the NFL. Kathryn Smith isn't the first female in the NFL to hold a position of significance and she won't be the last. Connie Carberg was a scout for the New York Jets from 1976-80 and is credited with finding legendary pass-rusher Mark Gastineau. Linda Bogdan was hired by the Bills to be a scout in 1986. Jacqueline Davidson of the New York Jets, Dawn Aponte of the Miami Dolphins, Katie Blackburn of the Bengals, Jeanne Bonk of the Chargers, and Hannah Gordon of the 49ers, all hold significant positions within their respective organizations. Jen Welter of the Arizona Cardinals coached the linebackers this summer as an intern for the team and they did pretty well this year. Sarah Thomas, the first female official in the NFL did a commendable job this year as well. She even garnered the approval of the former head of NFL officiating, Mike Pereira for making the correct call in a game-deciding moment of a Monday Night Football contest between the Chargers and Steelers. There Sarah Thomas was, making the most pivotal call of the entire game and she got it correct. 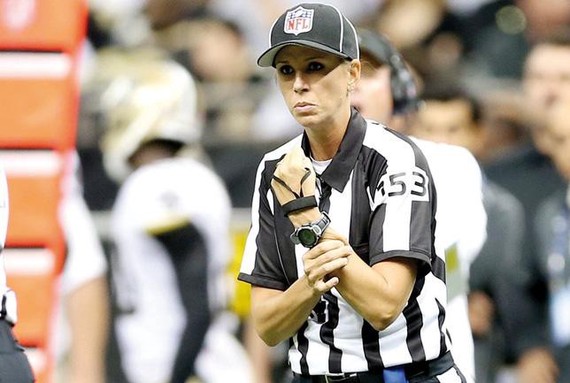 The inclusion of women within the world of the NFL and professional sports has been a long time coming. While I can't see a woman playing a prominent role on an NFL roster (although I wouldn't rule it out) that shouldn't preclude them from making a valuable contribution within the league as an official and specifically within the individual franchises as a coach or scout. I know from being in Cleveland that if hiring a female head coach would bring the Browns a Super Bowl, she would be hired immediately. This isn't the first time or the last time a female will hold a significant position within the world of sports. It's up to people like Kevin Kiley to accept it and the rest of the sports world to embrace it.