Yesterday 15 women were honored at the fifth anniversary of the Elizabeth A. Sackler Center for Feminist Art at the Brooklyn Museum. The "firstees," as Toni Morrison called them during her speech, became "permanent members of the symbolic fourth wing" of Judy Chicago's 1970s masterpiece, "The Dinner Party." Each received a translucent glass "Dinner Party"-themed award created by Judy Chicago, who was in excellent form -- she wore a glittery pink, blue and yellow dress and sported rose-colored glasses.

Gloria Steinem and Elizabeth Sackler presented awards to these remarkable women who took changes and broke through barriers in order to succeed in their respective fields. From art to finance, these 15 women all had grabbed at the bottom rung of the ladder and climbed all the way to the top. Steinem said, "It's the first celebration of firsts in the first feminist art center in the world." When the authority of these words sunk in, the audience erupted. Linda Nochlin received an award for her 1969 breakthrough art history class (Art 364B, aka "The Image of Women in the Nineteenth and Twentieth Centuries") and her provocative 1971 essay, “Why Have There Been No Great Women Artists?” Nochlin grew up across the street from the Brooklyn Museum, saying, "This was a place of outreach to the neighborhood." Toni Morrison also echoed the importance of creativity and access in her speech, saying, "I'm here because I am an artist."

Connie Chung, who was honored as the first Asian news anchor, told the audience how happy she was to receive the award, but that "we have so much more work to do." She encouraged everyone to mentor young women and "bring them up" so they can have a change at the spotlight.

A slideshow of the honorees, presenters, and attendees is below; scroll down for a list of the award winners. Tell us who your favorite female artists are in the comments section... We're curious!

The following women were honored at the event:

Muriel Siebert, the first woman to own a seat on the New York Stock Exchange (1967).

Connie Chung, broadcast journalist, who became the first person of Asian Pacific descent to hold a
network anchor position when she joined Walter Cronkite as co-anchor of the CBS Evening News (1971).

Linda Nochlin, leader of the first generation of feminist art historians and writer of the provocative essay, “Why Have There Been No Great Women Artists?” (1971).

Lucy R. Lippard, leader of the first generation of feminist art critics and author of "From the Center: Feminist Essays on Women’s Art" (1976).

Faye Wattleton, the first woman and the first African American president and CEO of the Planned Parenthood Federation of America (1978).

Sandy Lerner, a developer of the first commercial router and founder of Cisco Systems (1984).

Wilhelmina Cole Holladay, a founder and chairman of the first museum devoted exclusively to female artists, the National Museum of Women in the Arts (1987).

Toni Morrison, the first African American woman to be awarded the Nobel Prize for Literature (1993).

Marin Alsop, Music Director of the Baltimore Orchestra, the first woman to be appointed to direct a major American orchestra (2007). 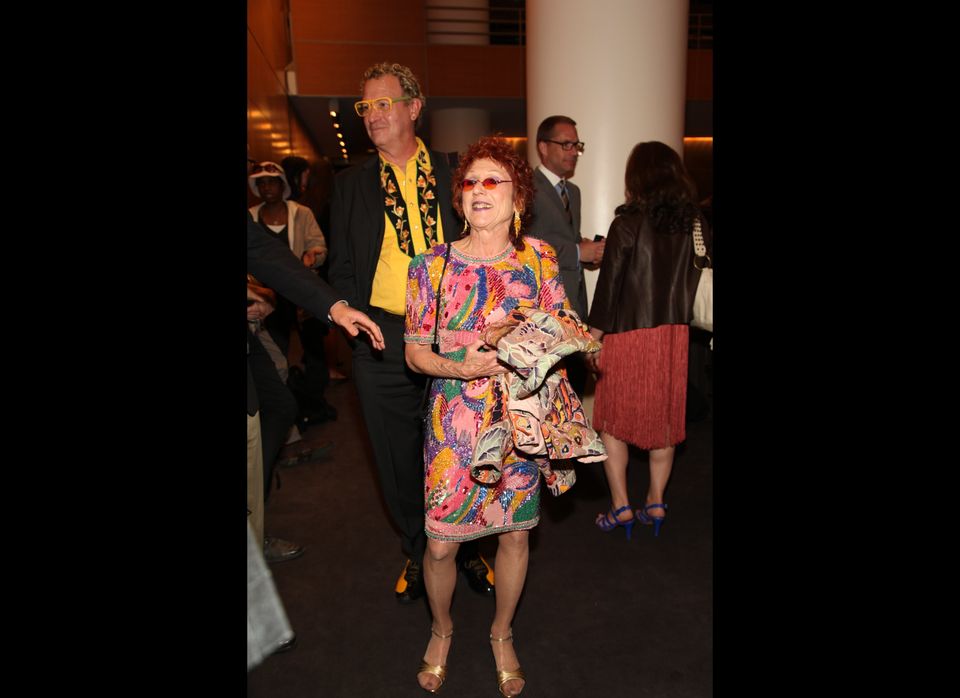