This year has been ... interesting for women. Some of 2012 was rough going -- see many idiotic, offensive comments male Republican lawmakers and candidates made about women's bodies, health and reproductive rights. Then came the news that women still aren't getting any more of the top jobs in companies. Meanwhile, we lost Helen Gurley Brown, the woman who told the world that single women they deserved satisfying sex lives and careers, and the inimitable inimitable Nora Ephron, who wrote female characters women actually recognized.

But there were also great moments for women in 2012, lots of them. Here are our 24 favorite -- including epic accomplishments in politics, sports, business and culture and advances in marriage equality. (See our other end-of-year lists for 2012's Best And Worst Moments In Sex and Best And Worst Moments In Women's Health.) Look through our choices and tell us in the comments if there's anything you think we left out.

24. Women Own The Roads
A University of Michigan study found that for the first time, women hold the majority of driver's licenses in the U.S. Why does this matter? For one thing, it could mean safer roads. According to NBC News, a 2011 Metlife study showed that men get reckless driving tickets far more often than women and die in accidents 50 percent more often. The Michigan researchers also concluded that women are more likely to buy smaller, safer, more fuel-efficient cars than men, Autoblog.com reported.

23. Women Score Higher Than Men On IQ Tests
Women's IQ scores trailed men's when the test were first administered 100 years ago, but recent research by James Flynn, an expert who has studied intelligence quotient assessment for many years, showed that women in some western countries are now scoring higher than men. Flynn speculated that the reason is either that more women now have the education opportunities necessary to perform well on the test or that the multitasking modern life demands of women has caused them to perform better on the test. IQ tests have their flaws, but it was nice to have what is still the most popular method of testing intelligence prove that women are as smart as men, if not smarter.

22. Lady Gaga's 'Body Revolution'
Understandably angry when tabloids criticized her weight gain, Lady Gaga, never one to shy away from controversy,s fought back. Gaga posted four photos of herself with the captions "Bulimia and anorexia since I was 15" and "But today I join the BODY REVOLUTION." She invited her fans to do the same and for that she is one of our body image heroes.

21. Adele Wins SIX Grammys Was that album good, or what? But that's not the only reason we were thrilled to see Adele sweep the Grammys. She's also one of our body image heroes. We're with Pink, who wrote of the songstress from Liverpool, "Her success renews hope in me that the world I live in has good taste."

20. Rebel Wilson's Star Rises She posed as a mermaid, rapped with Maude Apatow, shined in "Bachelorette" and and in "Pitch Perfect" and other upcoming films is helping redefine what leading ladies look like.

19. Augusta National Admits First Female Members
As one of the world's most exclusive golf clubs -- and host of the Masters, the Professional Golfers' Association of America's most prestigious tournament -- Augusta National's persistent exclusion of women from its membership had a particularly bitter taste. That changed in August 2012 when the club invited Condoleeza Rice and Darla Moore to join.

18. Spanx's Sara Blakely Becomes The Youngest Self-Made Female Billionaire
Blakely founded and owns 100 percent of the privately owned company that has redefined shapewear for women. At age 41, she joined Oprah and Meg Whitman as one of three self-made female billionaires, according to Forbes.

17. Sheryl Sandberg triumphs again.
2012 was an important year for Facebook COO Sandberg. She became the first woman on the company's board of directors and got a book deal. Based on an advanced copy we've peaked at (okay, we haven't put it down), we'd say 2013 is going to be just as good for Sandberg.

16. TV Anchor Jennifer Livingston Responds To Weight Critic
When a viewer emailed Wisconsin news anchor to criticize her weight, Livingston shot back on air, demonstrating that there is no need to take fat shaming lying down. "You don't know me," she said. "You know nothing about me but what you see on the outside, and I am much more than a number on a scale."

15. Women Win Both Fiction And Non-Fiction National Book Awards
In an age when a woman's success can still somehow be chalked up to something other than their talent and hard work, it is heartening to see female craft honored so irrefutably. Such was the case when women won both of the National Book Award prizes -- in fiction, Louise Erdich for "The Round House," and in non-fiction, Katherine Boo for "Behind The Beautiful Forevers: Life, Death And Hope In A Mumbai Undercity."

14. Girls Happens
Lena Dunham's hit HBO show about four young women beginning their lives in New York is messy, funny, smart and often brave. As the director and lead, Dunham forced conversations about sex, entitlement and how the public reacts to imperfect female bodies. She and the show have many detractors, but clearly we're not among them. In their defense of Dunham in October, Emma and Margaret argued that her talent is undeniable, that she's done more with her privileged upbringing than most people, and that a woman who has the guts to pitch a show to HBO in her mid 20s should be an inspiration, not a target.

13. Women Dominate The London Olympics
For the first time in Olympic history, every country participating sent female athletes to the games. Within team U.S.A. specifically, the women won more gold medals than men (29 to 17) and more medals overall (58 to 45). Gabby Douglas, Serena Williams, Missy Franklin, Misty May-Treanor and many others made us proud.

12. Anne-Marie Slaughter Reignites A National Conversation Around Work-Life Balance
While the discussion around juggling family and work is certainly nothing new, it was rekindled this year when Anne-Marie Slaughter wrote a piece for the Atlantic entitled "Why Women Still Can't Have It All." The article elicited multiple responses -- including one reputedly from Slaughter's former boss Hillary Clinton -- making it clear that this discussion is far from over.

11. Marissa Mayer Named Yahoo CEO
Mayer got the large and often troubled company 's top gig at just 37. Many women expressed disappointment in Mayer's statement that she was taking just a few weeks of maternity leave and working throughout, but whether or not you agreed with that decision, it put America's uneasy relationship with maternity leave at the center of the national conversation again, and Mayer's career trajectory has been awesome to watch.

10. Hillary Gets Hip
The picture in Cartagena, her sky high approval ratings, that Tumblr... For us 2012 goes down as the year Hillary went from being merely respected to iconic, beloved and totally rad.

9. Military Allows Women Closer To Combat
The military formally cleared servicewomen to do jobs they were already doing close to the center of combat -- as medics, military police and intelligence officers, according to USA Today. The change made thousands of military jobs for which women were formerly ineligible available to them.

8. Obama Supports Same-Sex Marriage, along with voters in Maryland, Maine and Washington -- And The Supreme Court Agrees To Take It On
It's been a landmark year for gay women (and men). For the first time ever, a sitting U.S. president said he believes lesbian and gay individuals should have the right to marry. Then on Nov. 6, citizens in three states voted to legalize gay marriage there, bringing the total count of states that allow gay marriage to nine. Before the year was out, the Supreme Court agreed to hear two cases in which the court could decide that it is unconstitutional to deny gay people the right to marry.

One woman especially invested in the outcome of at least one of those cases is the plaintiff in one of them, 83-year-old Edie Windsor. Windsor who was hit with a federal estate tax bill of more than $363,000 when Thea Spyer, her wife of 40 years, died. We only wish Thea was alive to see this.

7. Sandra Fluke Speaks Out Advocating for women's health in front of a Congressional committee, standing up to Rush Limbaugh (and scoring an apology from him for insulting her), speaking at the DNC. Fearless, committed and always gracious, Fluke is who we still want to be when we grow up.

6. Female Debate Moderators Show Us How It's Done.
When Martha Raddatz took the stage to moderate the vice presidential debate on Oct. 10, she owned it, keeping Vice President Biden and Republican Vice Presidential nominee Paul Ryan to their time limits and asking pointed questions. A week later, when CNN chief political correspondent Candy Crowley became the first woman in 20 years to moderate a presidential debate, she kept Obama and Romney in line in a way PBS' Jim Lehrer hadn't during the first debate and fact-checked Romney in realtime. In a year when women's rights were challenged so frequently, having these two women help steer the conversation was necessary and refreshing -- especially when those binders full of women showed up.

5. "Binders Full Of Women"
You could look at Mitt Romney's (untrue) statement that he looked through "binders full of women" searching for candidates qualified to join his cabinet when he was Governor of Massachusetts as a negative thing. We think it was actually a positive. The line, which became a national joke almost instantly, revealed just how little sense Romney has of women as complete human beings, at work or beyond, and his extreme discomfort discussing the inequalities women face. We think it must have spurred young single female voters to cast their votes for Obama. As one Tumblr user posted on the Tumblr "Binders Full Of Women," "No one puts Baby in a binder."

4. The Supreme Court Upholds The Affordable Care Act
As a result, insurers must cover contraception for women without requiring a copay. According to Planned Parenthood, the APA will result in savings of up to $600 in savings annually for individual women. The Supreme Court's decision also shows a federal commitment to making sure women have access to drugs that are used to treat many medical conditions in addition to preventing pregnancy.

2. Women Win More Seats In Congress
Thanks to victories in the Nov. 6 congressional elections, women now hold 81 of the 435 seats in the House of Representatives and a groundbreaking 20 percent of the Senate is now female. That's still much less than 50 percent, but the additional seats do make this a historic year. For perhaps the first time ever, there were enough women in the Senate that there was a line for the bathroom. (Read how we'd furnish a hypothetical expanded Senate ladies room.)

1. Single Women Elect The President
"Barack Obama owes his re-election victory to the unmarried women," according to research by the Women's Voices Women Vote Action fund, the Guardian reported. The data showed that single women made up 23 percent of Americans who turned out to vote on Nov. 6, and 67 percent of them cast their ballot for Obama.

Sure, this resulted in the president blatantly pandering to women, but it's not such a terrible feeling having the leader of the free world fighting for your vote. Now let's hold him to his promises.

What was your #1 favorite moment for women this year? Let us know in the comments.

RELATED ON HUFFPOST WOMEN: The Year In Sex: 2012's Best And Worst Moments

PHOTO GALLERY
The Best And Worst Moments In Sex, 2012
Download
Calling all HuffPost superfans!
Sign up for membership to become a founding member and help shape HuffPost's next chapter
Join HuffPost 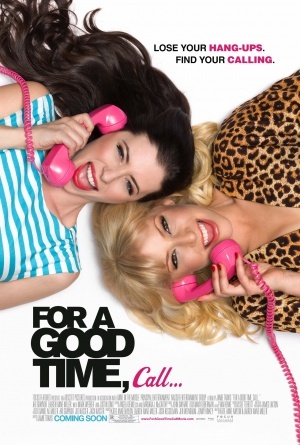