In a previous article for the Huffington Post I shared my amazement at women's underrepresentation in the architectural industry: in the western world, women constitute no more than 20% of the licensed practicing professionals, an astonishing drop from the 50/50 split of men to women at architectural school. The feedback it unleashed soon made me realize I was only scratching the surface by trying to understand the issue without personal experience and also (obviously) as a man. I wanted to explore the numerous comments from women who either presently work as architects or for some reason left the field that described traumatic experiences and impressions which gave the disturbing statistics in my article more meaning and impact.

Over the last couple of months we at OpenBuildings contacted a number of prominent female architects to try to understand this issue from women who have first-hand experience - today's post is going to be about them and their thoughts. We would like to thank all the women who contributed and hope to encourage students, practicing professionals and anyone else to take part in the discussion below.

The women who responded gave lengthy responses where possible that I can by no means do justice to in this short article. Please find the full responses posted on the OpenBuildings Blog as I am keen for you to understand what was said in context. Here are some of the statements that really hit home for me and shed new light on the subject:

It's a competitive profession - if women aren't ready for competition then they will face disappointment. Boys have friendly competition built into their socialization. Girls have a schizophrenic relationship with competition. The best women employees I've had all competed at something when they were young - sports, dance, music. These women understand the role of training for a goal and that sometimes you win and sometimes you lose - not everyone gets a trophy just for showing up... Ultimately, I don't think they really cared about architecture enough to stick it out. There are a lot of people (both men & women) who go into the profession for the wrong reasons and then live with long periods of disappointment - it's easier for women to drop out for family reasons than it is for men.

I was a student in the seventies and the proportion then was 1:7. I didn't particularly experience any direct discrimination. I always assumed a position of equality. However when I started working in practice I can remember some shocking ads using scantily clad women to sell fire doors for example. When I complained the reaction was a combination of surprise and embarrassment. I can also remember a meeting with a services engineer who asked me advice on behalf of his daughter who was interested in studying architecture while sitting his office with nude calendars on his wall. The irony was lost on him.

Shelley Freeman of MAKE architecture studio gave more hope for the future from her own past experience of moving through architecture school and into the profession, which shows the broad statistics don't represent everyone-

As I moved through architecture school - from Sydney to the Academy of fine arts in Vienna and then finally settling at RMIT in Melbourne I made friends with many women I studied with from many different backgrounds. It is my connection with these women that has given me the false impression over the past 10 odd years that there is NO issue about women in the profession. This group of close friends, mainly in their 30's and 40's- with and without children - are all successful practicing architects and all women. There is one in a high powered corporate job, a couple of sole practitioners, one who is director of a completely alternative practice (ie no buildings), most teach as well and some are involved in pro bono work or other volunteer organisations.

...most of the time it is my equally skilled male counterpart who is given the opportunity to dine with the client, attend important meetings or network at social events. It is this attitude which I believe makes it easier for young males to progress into better roles within the company

Some women, themselves affected by gender bias, view other women as their direct competition and manifest that attitude accordingly. At the same time, several men (eg. professors and senior colleagues) have provided me with invaluable guidance throughout my education and my career.

Dana Buntrock, Associate Professor at the University of California, Berkley, gave me a good example of why there is no place for discrimination, even from the practical level of doing good business-

In my experience on construction sites and with contractors in Chicago, there was always this annoying "prove yourself" beginning, and ultimately I and a raft of other female faculty left UIC en masse because the older male faculty spent a lot of time treating women like we should be more deferential to them. But living well is the best revenge, and we all seem to have landed nicely, thank you. In the long run, I do believe institutions that discriminate hurt themselves as much as they hurt us.

Karen Cook of PLP Architecture gave me hope for the future, sharing a practice making considerable change in a short time, effectively conquering discrimination from within-

Firms would benefit from a broader skill base by offering flexible working practices. If there is an understanding and respect among colleagues, then job sharing is a real possibility. In my previous practice, one of my key responsibilities was the hiring of professional staff. When taking up this role, women comprised less than 10 per cent of the workforce in our London office. A few years later, in part through the introduction of more flexible working practices and part-time roles, this balance had been redressed to 50 per cent, while still employing those most suited to the position in question.

What I took from all of these conversations is that women's discontent with the profession: low/unequal pay, inflexible working hours, glass ceiling, macho culture and stress is clearly a problem of the past and the present. However I think it is clear that the industry is moving in the right direction, which leaves the question - what can we do to speed up this process? 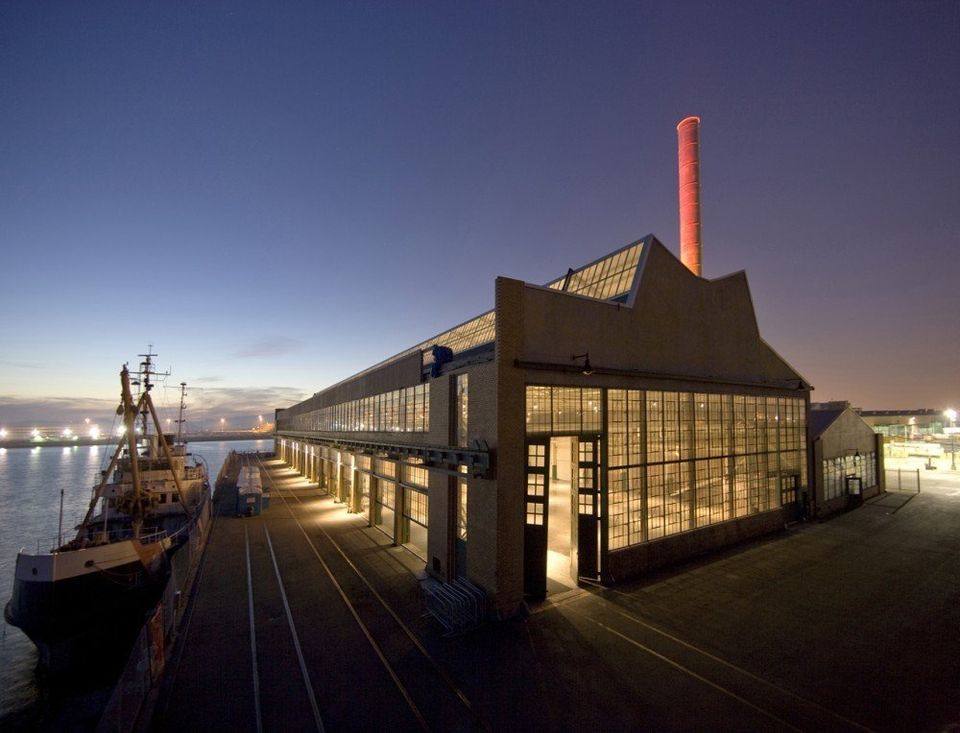 1 / 9
Marcy Wong Donn Logan Architects: Ford Assembly Building
See project <a href="http://openbuildings.com/buildings/ford-assembly-building-profile-42071" target="_hplink">HERE</a>. Men, and in particular white males, have had the best kind of de facto affirmative action in that it has been universal and even better, never stigmatized with the label of "Affirmative Action" (AA). To somewhat counterbalance the historic white male "AA" it would be a small step in the right direction for women owned businesses to have affirmative action programs which address the traditional gender bias that women have always faced and still encounter. Marcy Wong, <a href="http://www.wonglogan.com/" target="_hplink">Marcy Wong Donn Logan Architects</a> Image: Billy Hustace Photography