As a person who spends a great deal of time visiting and scouring artist's studios all over the world, I have been very fortunate to locate five rising stars in the art world that just happen to be women. However, to pretend the fact they happen to be women is not significant or that the playing field in the art world is equal for women would be tantamount to denying global warning. Therefore, it is my personal hope, through this continued Women in Art series and highlighting exceptionally talented women artists, curators, collectors and creatives, we can collectively tilt and hopefully balance the scales. 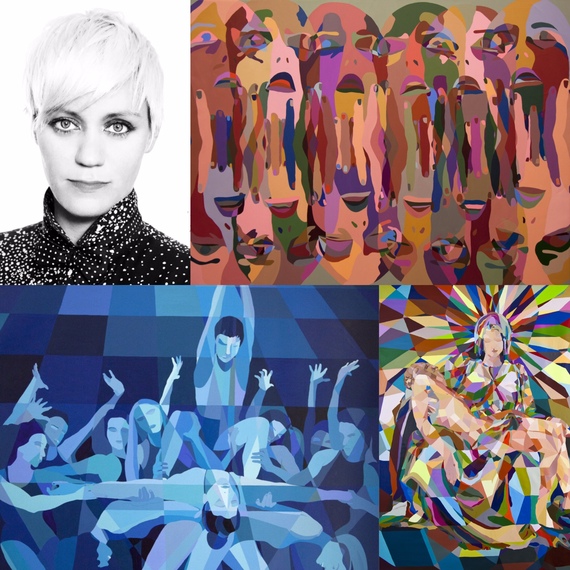 C. Finley is a stylistically promiscuous artist who lives and works in both Rome and New York City. Her work incorporates interests in color theory, performance, women's work, and the environment. Previous projects include the dance film Finite and Infinite Games which premiered at the Judson Memorial Church, the 2014 Whitney Houston Biennial: I'm Every Woman, and Wallpapered Dumpsters.

As a member of the artist collective HowDoYouSayYamInAfrican?, she participated in the 2014 Whitney Biennial. In 2012, Finley was the artist-in-residence at the Gai Mattiolo fashion house in Rome, Italy. As the recipient of the Eszter Cohen Grant, Finley continues to wallpaper trash receptacles in cities throughout the world. Finley received her BFA from the Pratt Institute, New York and her MFA from California State University, Long Beach. 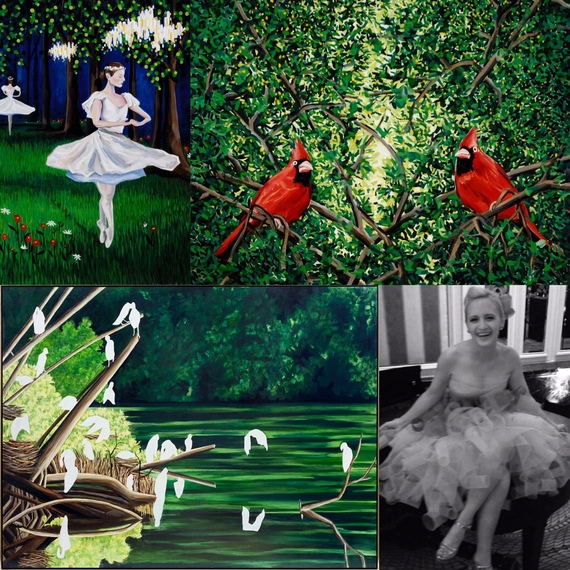 Annika Connor is a Contemporary Romantic painter. Her work depicts a sense of haunted mystery and a fascination with beauty. Overall, her paintings read as fragments from a daydream and portray a longing for lost fantasy and abundant pleasure.

Connor has worked professionally as a painter in New York, London, Stockholm and participated in numerous national and international exhibitions. Annika is Swedish-American; she currently resides in Brooklyn where she maintains an active studio.

In addition to her work in the studio, Connor is also heavily involved in sustaining the art community in which she creates. As a supporter of the art she admires, Connor is the Owner/President of AI Productions, an emerging corporation whose mission is to serve the artistic community by facilitating the presence and publication of young talented artists and educating the public about their work. 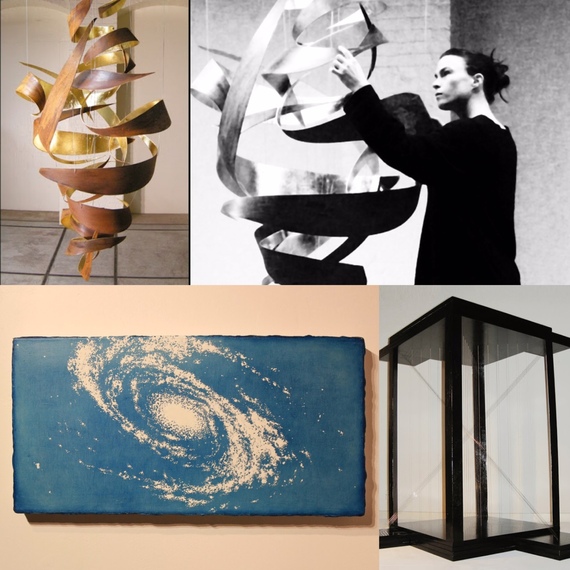 New York City based artist Kristin Jai Klosterman is best known for her sculptural work in metal and wood, and mixed media paintings that deal with the environment, energy and movement. Her large-scale metal sculptures can be found in public forums in California, Texas, Tennessee and Minnesota. She has had solo exhibitions in Tokyo, New York and Los Angeles and has participated in many group exhibitions in Los Angeles and New York. She has also collaborated with the stylish Tom's Shoe Company where her imagery was prominently featured in one of their international campaigns.

Klosterman has also been involved with an ongoing collaboration with Venice based Light and Space artist, Laddie John Dill and together they have realized numerous monumental sculpture commissions all over the United States.

Klosterman has been developing her own process of contrasting elements, on one side the hard materials of the sculptural series and on the other side the soft delicate silks and fabrics of her canvases, meticulously hand painted, drawing from imagery she creates inspired by the Fibonacci Sequence. Both sculpture and painting series' resonate with movement and balance while using contrasting materials and methods. These combinations of different natural elements further define the balance of the feminine and masculine embedded in her work. 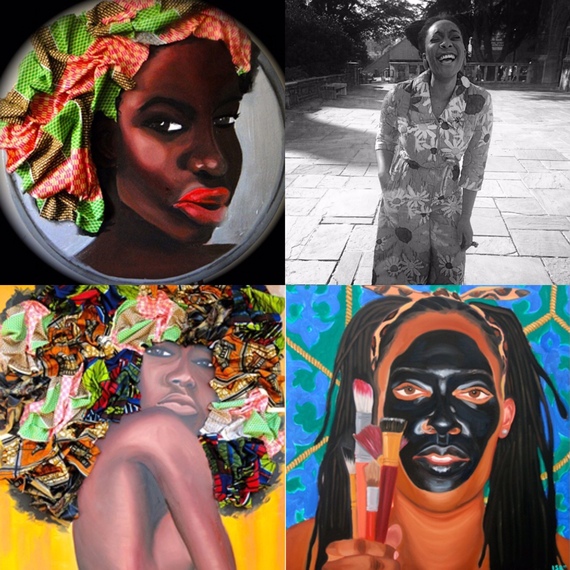 Washington, DC native and current New York City based artist Imani Shanklin Roberts recently graduated from Pratt Institute where she earned her BFA/MS in Art Education. As an artist and enthusiastic educator, Roberts peels apart topics on race, gender, and identity, she seeks to create and facilitate socially responsive work that encourages ideas of self-realized liberation.

Drawing inspiration from African American artists that have visually explored identity using figures and identifiable color choices, she creates work that is reflective of how she experiences the world.

She has exhibited in various spaces in the DC area including The Anacostia Arts Center and Busboy's & Poets. Most recently, the eco-eatery and community gathering space, Habana Outpost in Fort Greene, Brooklyn displayed her work throughout the summer season. The Brooklyn community has also gotten a glimpse of the artist's work at The Soul of BK festival hosted by MoCADA Museum. In 2012, CBS DC recognized Roberts as one of the "Best Up-and-Coming Artists in DC". Her distinct aesthetic empowers her viewers to deconstruct limitations and think beyond while embracing their cultural identities. 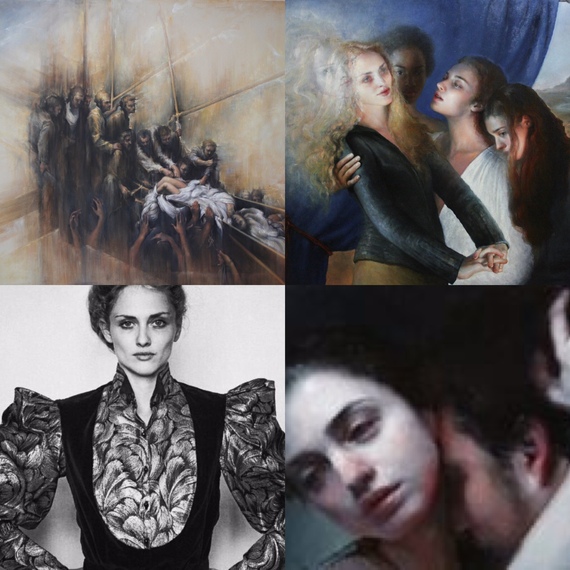 Originally form Gorky, Russia, Maria Kreyn's art education is rich, varied and global. Ms. Kreyn trained in classical drawing at The School of Representational Art in Chicago while formally studying philosophy and mathematics at the University of Chicago. She later apprenticed in Europe with Odd Nerdrum for three years, living between Iceland, Norway, and France.

According to Maria, she takes an angle of her very own to comment on the human condition. Her figurative images aim to reactivate the spirit of the collective unconsciousness all in the hopes of conquering what Sontag calls the relentless melt of time.

Maria's desire to stop time for viewers of work allows them to bask in the eternity as well as celebrate the present moment. While painting and drawing at their best can be a timeless story, Ms. Kreyn masterpieces tend to be spatially wrapped into a single moment. It Maria's that making art is about looking at the vastness of our life slowly and deeply, while simultaneously connecting to our ecstatic and tragic shared experiences. Ms. Kreyn's intricate paintings are not simply brilliant and hauntingly romantic, they are more importantly studies in the motion or stillness of the soul. Maria now lives and works in New York City.

@all photos courtesy of selected artists