On December 18, 2014, World Wide Women will open an exciting and riveting exhibition entitled 'Ritual' at The Cob Gallery in London. The groundbreaking exhibition has been curated by New York gallerist and curator .

Founded in 2012 by fine art photographer and artist Anouska Beckwith, World Wide Women acts as a platform to encourage, support, exhibit and sell the work of female photographers and artists. According to Ms. Beckwith, "the organization's sensorial exhibitions seek to create a unique atmosphere through different artistic mediums, including photography, art, film, installation and music." 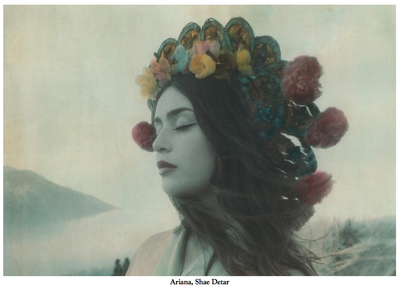 For their current offering, World Wide Women has chosen to explore the theme, Ritual: an homage to that which is lost but not forgotten, a prayer to that which is desired but not realized. Curator Andi Potamkin advises, "Ritual promises to answer endless questions and will offer an escape from an unfulfilled reality -- an act of veneration for the bird that has flown away, and for the hope of its return."

The photographs, videos and works on paper in this exhibition tell the story of a woman longing for that which has gone and craving that which has not yet arrived. A ritual requires physical imitation, but does not arise out of it. The infusion of pure emotion and true belief is what elevates the act to ritual. The action, in-and-of itself pure mimicry, is simply a part of the ritual as a whole. It is the combination of the conviction in the unknown and the intangible that makes it so.

Ritual is arranged in a spectrum of color and emotion, representing the different stages of a ritual: memory, sacrifice, reverence and longing. The experience of viewing the show is expected to take the observer through this journey, giving access to the wholly personal act of ritual as experienced by each of the artists: one in which the active body is not alone, but joined by an unnamed force. 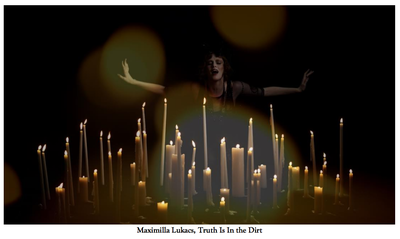 In keeping with the experiential focus of Ritual, the exhibition will open with an evening of multi-sensory events. Visitors will be immersed in an array of scents and sounds as essence, film and even live musical performance occupy the gallery space. Short films will also include Sandy Toes by Budapest-based artist Maximilla Lukacs, and "A Story of Ophelia" by Anouska Beckwith, while young British singer-songwriter Flo Morrissey will play the evening out with a short acoustic set.

This is an exhibition definitely not to be missed and to be sublimely experienced.