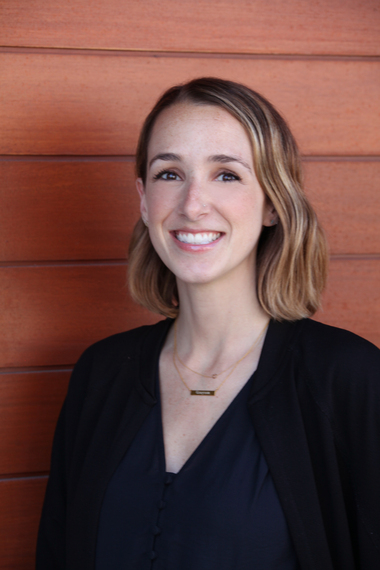 Rachel Jonas Gilman is the Senior Marketing Director at Yoobi, a colorful supplies and stationery brand that gives back. For every Yoobi item purchased, a Yoobi item is donated to a classroom in need, right here in the U.S. She joined the company in January 2014 and helped launch the brand at Target stores nationwide and yoobi.com in June 2014.

Together with the Kids In Need Foundation, Yoobi has impacted more than 1.5 million kids. In July 2016, Rachel helped launch Yoobi's collaboration with Pharrell William's creative collective, i am OTHER, designed to inspire kids to embrace their uniqueness and what makes them different. Yoobi X I am OTHER features over 50 items available exclusively for Back to School 2016. In July 2015, Rachel helped guide Yoobi through its first limited-edition collection, Yoobi X Usher, curated by Usher and featuring 20 new products and five prints designed by artist Jonni Cheatwood. Yoobi currently offers more than 500 different items, from pens and journals to lunchboxes and headphones. The company opened its first retail store in Los Angeles in 2015, featuring a hyper-localized give-back.

Rachel has over a decade of experience leading marketing and communications for fashion and retail companies. Prior to Yoobi, she was the Head of Marketing and Press at Jonathan Adler in New York City, where she led the brand marketing strategy for the company's vertical retail, online, wholesale, interior design and licensing businesses. Rachel also ran Direct-to-Consumer marketing at Cole Haan, where she developed integrated marketing plans to support a fleet of over 100 stores and colehaan.com, and before that she ran Retail Marketing at Juicy Couture.

How has your life experience made you the leader you are today?
I seemed to naturally gravitate towards leadership positions from a very early age. In fifth grade I signed up to be a peer leader and was trained in mediation and conflict resolution. In ninth grade I helped to stage manage a play and was captain of the varsity tennis team. I was always the one organizing group activities, study sessions, ski trips and beach house rentals. I also surrounded myself with incredible leaders from a very young age and always tried to be sponge. I've always been well organized and able to multi-task, which helped build the foundation of my leadership skills.

How has your previous employment experience aided your tenure at Yoobi?
Every position I've held has placed me on the rung of a ladder, and each step helped me to build my skills. My summer jobs in retail management and sales and my internships as a newspaper and magazine reporter provided me with valuable experience in dealing with people. My first job after college as a media planner at Ogilvy, and my subsequent jobs in marketing and communications for established brands like Cole Haan and Jonathan Adler--each experience provided me with a new skill set that has been helpful at Yoobi, where I wear many hats as we work to build the company.

What have the highlights and challenges been during your tenure at Yoobi?
Many of the highlights of my work at Yoobi have also been my greatest challenges. I joined Yoobi when the concept was still just a nice PowerPoint presentation. Moving from bigger, more established companies to a start-up preparing to launch was an incredible career opportunity for me, but it was also a big wake-up call. Being involved in such an incredible new business from the ground up was one of the most thrilling work experiences I've ever had. You have only one opportunity to launch a company and wow the public. In our first year we generated over 1 billion media impressions, so I think it's safe to say we accomplished that.

What advice can you offer to women who want a career in your industry?
My biggest piece of advice for women who want to work in marketing is to build your network. Focus on building relationships and create your very own spider web of contacts...and then maintain it. I've gotten every role I've ever had through referrals. That same networking ability will help you build relationships with your team, vendors, agencies, etc., and enable you to be more successful in promoting and developing the brand or product you're representing.

What is the most important lesson you've learned in your career to date?
Make the time to focus on your own personal development, and map out the career path you want to achieve. Early in my career, I submitted a development plan that just said, "...to be on the fast track to being a marketing director." My supervisor at that time looked at it and told me I had to try again, and be much more specific, and less aggressive. I didn't really understand what she meant until I took a step back and focused more on the short term--what areas did I want to develop and learn more about? I then identified digital marketing as an area of growth for me, and shortly thereafter I was promoted to include digital in my scope of work. The most important lesson is not only to be assertive about your own personal growth, but also to be specific and really think about every step of your career.

How do you maintain a work/life balance?
Work/life balance has always been an area of struggle for me. I just recently had a baby so finding that balance is all the more important now. A key thing I've learned from mentors is to set your own boundaries and stick with them. For me that now means no work/email when I'm putting my son to bed or having dinner with my husband, but if I have to go back online afterwards in order to make the next day easier, I'm okay with that. I also always try to take advantage of the "wasted time" on my commute to work to make it productive somehow, whether it is catching up with friends and family, or taking a conference call for work--I feel better when I'm keeping busy.

What do you think is the biggest issue for women in the workplace?
I think the biggest issue for women in the workplace is the glass ceiling and the need for women to assert themselves when it comes to promotions and pay equity. Women are sometimes more passive about asking for what they deserve and pursuing their career aspirations. After all, a promotion or a raise is not just going to be handed to you on a silver platter, and wage disparity is an issue in many organizations.

How has mentorship made a difference in your professional and personal life?
My late father was my greatest mentor, and even though he's gone, I always ask myself what my dad would have told me to do. He was president of his first company at the age of 28, and was a "get it done now" kind of guy. Every time I asked his advice on something, he would drop whatever he was doing and either counsel me through it or send me a link to an article I had to read. He pushed me in the most loving and caring way to ask for what I deserved, and he encouraged me to work hard and pursue my dreams. He was infinitely proud of me, and of all that I've accomplished. I know he would be incredibly proud of the impact we've made at Yoobi so far.

In every place I've ever worked, I always identify someone to act as a mentor for me so I can ensure that I'm continuously learning and growing. I work hard to maintain those relationships even after I've moved on, and make a point to stay in touch and watch where their own careers take them. Every relationship brings new lessons or inspirations that I'm able to apply to my own experiences. I also think it's extremely important to be a mentor to people in my company--whether they're on my team, cross functional peers, or colleagues. I like to lead by example and will always make the time to support someone else's personal development.

Which other female leaders do you admire and why?
I admire Sophia Amoruso, because she defined what it means to be a GIRLBOSS, and she founded one of the fastest-growing internet retailers in the world. Jessica Alba's career as an actress and model was not diminished by her decision following the birth of her children to create The Honest Company to sell non-toxic household products. In just a dozen years, Tory Burch created a fashion label that mushroomed from a single flagship store to more than 160 locations. The hard work and dedication of these women and others inspires me every day.

What do you want Yoobi to accomplish in the next year?
I'm so proud of what we've already accomplished in just two short years of business, and expect this next year to bring additional growth for the company. The more we grow, the more kids we're able to reach, which is ultimately the goal behind everything we do at Yoobi. After this back-to-school season, we expect to impact more than 2 million kids by providing them with the tools they need to learn and be creative in the classroom. Our next goal is 5 million kids--and then one day, we hope to solve the problem.