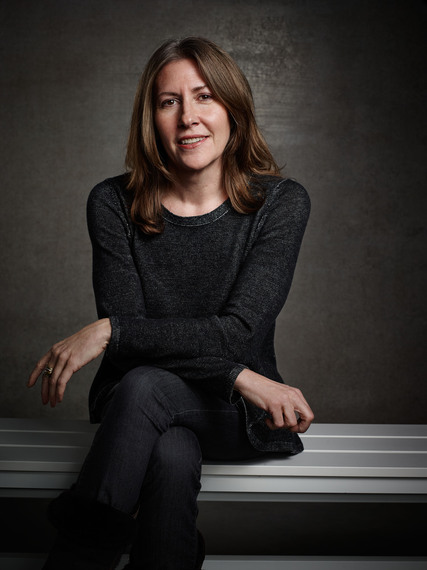 Stacey Burr is a leader in the field of wearables. Following an impressive career at DuPont, she founded and served as CEO of Textronics Inc., developing and commercializing the first wearable sensor garments for fitness and health.

In late-2008, Stacey sold her company to adidas, and has since launched industry-leading elite and consumer innovations, like adidas elite, which the current reigning World Cup Champions and the past two MLS champions used for training, in addition to the adidas Smart Ball, FIT SMART, and most recently the adidas ZONE for IHT, all of which put elite insights into practice for everyday and student athletes.

Ms. Burr has a bachelor's degree in industrial engineering and an M.B.A, from Purdue University.

What inspired you to join adidas Digital Sports? What have the highlights and challenges been during your time at adidas Digital Sports?
For me, the decision to work at adidas was a carefully thought out one, because the stakes were much higher. Joining the team wasn't a matter of my simply changing jobs, it meant selling the company I founded and led, which ultimately would impact many others outside of myself.

At Textronics, Inc., we really hit our stride developing cutting-edge, smart sportswear with embedded physiological sensors, all of which were not only practical, but also comfortable. With such a great dynamic already in place, we were only interested in working with a partner who shared our vision of the vast potential that existed in the smart apparel and wearables space. There we had it, a leading global sports brand defined by a culture of innovation with the athlete at the heart of it. We knew adidas was the right fit and in 2008 we went through with being acquired by a company I long-admired.

One of the highlights of adidas Digital Sports is our team - they love the wearable technology and digital sports space, and understand the shared language and culture that comes with this line of work. Some of my colleagues and I have worked together for more than a decade, even across four different companies.

Another highlight is the ambitious and wide-reaching technical mandate that adidas requires - meaning that we are responsible for creating the best products and experiences for our athletes. Our team constantly tinkers and tests to innovate and create game-changing product. Our track record thus far includes a lot of firsts: the first piece of consumer smart apparel, the first real-time voice-coached training systems, the first GPS running watch, the first professional team monitoring system instituted across a league like Major League Soccer in the US, the first smart soccer ball, and many more wearables. We were also pleased to participate in the May WEAR conference on smart technology and wearables.

The biggest challenge is the warp speed at which the wearables world is moving. Having been in the business for quite some time, I've seen wearables go from being viewed as products that might only exist in a "Star Trek" episode to an exploding consumer products industry. It has been a white-knuckled joy ride, and I have to say it takes a strong stomach!

What role do women have in revolutionizing wearable technology and smart fabrics?
The late 1990's were the golden years of strong innovation. It was during this time that the number of patents in the wearables and smart fabrics fields spiked.

From the 90s to now and in the future, women are pioneering this multi-disciplined industrial field. There was - and are - a cohort of women that have a unique understanding of the way that textiles, skin, physiology, materials, electronics, fashion and assembly can all come together to create the wearable technology and smart apparel fields. The intersection of these fields plays to our strengths of technical problem-solving and hand-craft. I'd venture to say, it's probably a worthwhile exercise to see how many wearable patents can be attributed to women. Looking at adidas Digital Sports, for example, my senior female team members have 140 patents between them.

That cohort of women I spoke to earlier are the ones who led the "maker movement" and helped build not only wearables companies, but the category itself. To call out a few, Dr. Rosiland Picard at MIT helped launch the field of wearable computing, while Patricia Nguyen, another innovator, is responsible for making some of the first textile cables and antennas.

It's no wonder why today, females are the most avid users of wearable devices as well as fitness and wellness apps. It's likely a testament to women spearheading the wearables and smart fabrics movement for the last twenty years.

Before coming to adidas and even before founding Textronics, I worked for DuPont in the Lycra® spandex business. We became experts in understanding the properties of skin, how it moves, and how to make tight clothes that can move comfortably with the skin. Be it leggings or smart apparel, all consumers want comfort, fit and freedom of movement. My time at DuPont taught me that with almost any wearable product it's ultimately all about understanding the electrical and mechanical properties of the skin. Nearly all of my patents are in the realm of stretch electronics that map systems and sensors to the skin. Who knew that my accomplishments in the wearables field would be attributed to my early experiences of learning how to make a pair of ubiquitous, black, stretch pants!

Which other female leaders in the wearables world do you admire and why?
I appreciate leaders who follow a visionary purpose or who have a personal passion for wearables. One woman I admire is Christine Robins, former CEO of BodyMedia, for the powerful blend of consumer product and medical background that she brings to the industry. She was at the forefront of driving body sensing technologies for healthcare and wellness applications, well ahead of the rest of the industry.