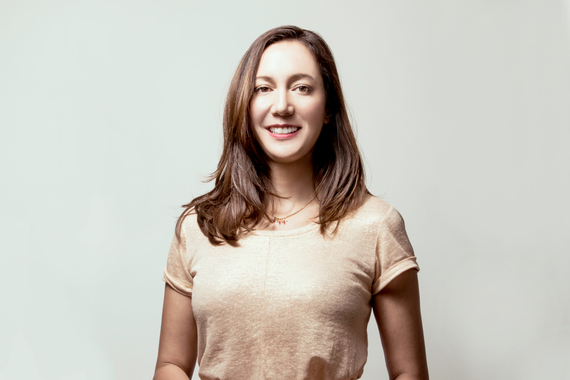 Tania Boler is an internationally recognised women's health expert and the co-founder of Chiaro, an innovative technology brand specialising in wearable tech for women, by women. With a mission to develop bold and beautiful products that make a real difference to women's lives, Chiaro launched their first product, the revolutionary pelvic floor exercise tracker Elvie, in autumn 2015.

Chiaro's Elvie has been widely heralded as ground-breaking technology; it has a patented system of force and motion sensors so that women instantly know if they're doing the pelvic floor exercises correctly and chart their personal 'LV score'.

How has your life experience made you the leader you are today?
My parents always encouraged me to strive for more and I grew up thinking I could be - or do -whatever I wanted. This self-belief can lead to arrogance but is actually really important when it comes to business.

How has your previous employment experience aided your tenure at Chiaro?
Starting my own business was a complete departure from my last job but what I did know was how to spot people with talent and passion and unite them around a bigger vision. This is - and always will be - the most important thing in building a great company.

What have the highlights and challenges been during your tenure at Chiaro?
When we launched Elvie, people told us it was too much of a 'women's issue' and that we wouldn't get on television or get celebrities to talk about it. I love proving people wrong so seeing Gwenyth Paltrow talk about how great Elvie is on the Chelsea Handler show is definitely my highlight!

What advice can you offer to women who want a career in your industry?
Feel the fear and push through.

The first time you try something is difficult. The second time, easier and before you know it, you will become accomplished in things you never thought possible.

What is the most important lesson you've learned in your career to date?
Be pragmatic and don't take things personally.

How do you maintain a work/life balance?
I need to balance being a CEO, mum and wife. The balance is never good but the trick is to accept the choice you've made and not regret the alternative.

What do you think is the biggest issue for women in the workplace?
Women need to demand more in the workplace and not worry if the answer is no. Demand the promotion or the payrise. Even if you don't get it, your manager will appreciate that you are ambitious and asking.

How has mentorship made a difference in your professional and personal life?
It can be lonely staritng your own business so mentors are really important for talking through your problems and helping you see alternative solutions.

Which other female leaders do you admire and why?
We are at a great moment in history with three strong female poltical leaders in some of the world's biggest economies. Hats off to Teresa, Angela and Hilary!

What do you want Chiaro to accomplish in the next year?
Elvie has really taken off in London and New York so the next year is all about expanding around the world. We're also working on a disruptive second product for women, launching next year!