&nbspA woman walks briskly down the street, hurrying to work. She is dressed professionally and has a determined demeanor. On her way, she passes by a construction job site. The workers, an all-male crew, pause to yell out an obscene cat call, which the woman collectedly ignores. The men return to their work, having fulfilled their stereotypical duty. Unknown to the construction workers, this woman is the project manger for one of the subcontractors on the project.

&nbspThe construction industry has been and continues to be a male dominated industry, and the role of women, has continued to be a constant fight against the stereotype, whether that is within the industry or outside of it. Women still make up less than 10 percent of the industry. 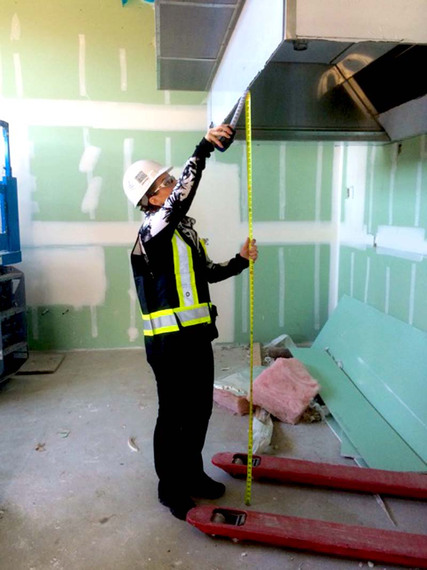 &nbspAs an adult, I found myself in a career in construction, as a project engineer. I find some projects where there are women working in Project Management positions, and other companies where there are no women at all, save the lone receptionist. What remains fascinating to me is not how many women work in the industry, but rather, the relentless stereotyping of women within the industry.

&nbspGenerally as a woman you are stereotyped into the ditz who doesn't know what she is doing. The moment you prove that you do know what you are doing, you are then put into another stereotype - the bitch. Finding the happy medium between the two, can prove at times difficult, and on the rare occasions, impossible. There are still men that do not believe women have a place in construction. One of my coworkers, who is extremely capable, was basically kicked off the job site, because the men refused to work with her on the basis of her being a woman. She is organized, well put together, extremely competent and personable, and it was to their detriment that they pushed her off of the job site. 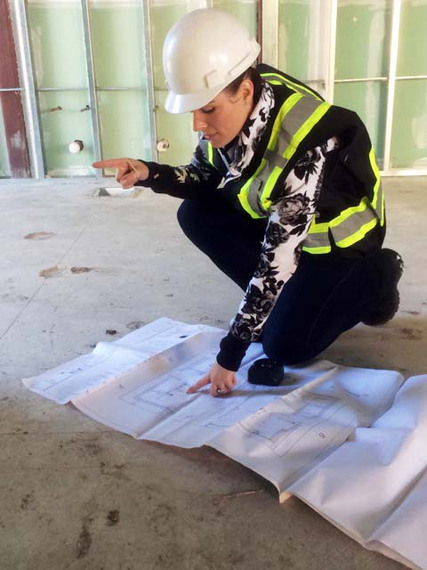 &nbspBlatant prejudice aside, there is also the group of men, that listen attentively, hear you, but continually call you names like, "sweetheart" and "honey." You can easily differentiate the men who have a condescending and demeaning agenda from the ones that are just old fashioned and don't know any better. One of my coworkers once said to me, "Thanks sweetheart," which was meant in an enduring way but not without fault. However, without skipping a beat, I no with a grin, "No problem, sweet-cheeks," to which he laughed, realizing his error.

&nbspOne can read this and think that I am simply generating my own stereotype the men in the industry, as woman hating, sexist fools. What I have discussed above, is not true for the industry as a whole, and there are many men who see woman as equals. They are a pleasure to work with, and have often gone out of their way to help me, and vice versa. We have continued to build strong relationships and it gives me added strength when I come across the men that are the opposite. I'm not trying to give my own stereotypical perspective, rather, I am attempting to give a voice to an underrepresented group in the industry.

&nbspThe overriding theme, is acceptance. Do I fell like I have to work harder than normal to prove myself? Yes, practically every moment. Do I sometimes feel as though I'm not taken seriously? Yes. Do I let that effect my confidence and knowledge and determination to do the best job possible? Absolutely not. It is in fact the men that want to think less of me, that make me work that much harder. I work hard to prove that women have an equal, if not greater place in construction, especially at the management level. While it may remain a primarily male industry for a long time, the role and influence of women of construction will continue to grow and dominate. 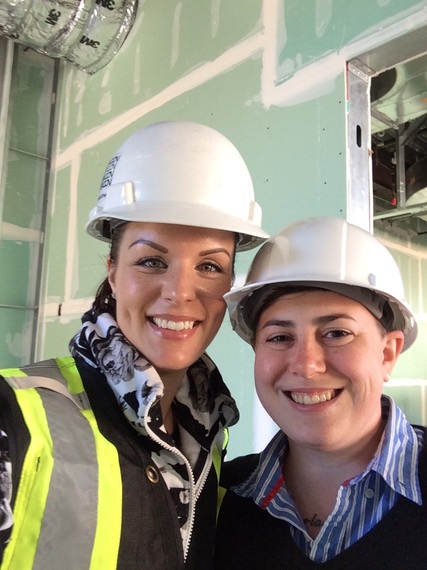